A true story of heartfelt prayer and God’s gracious answer 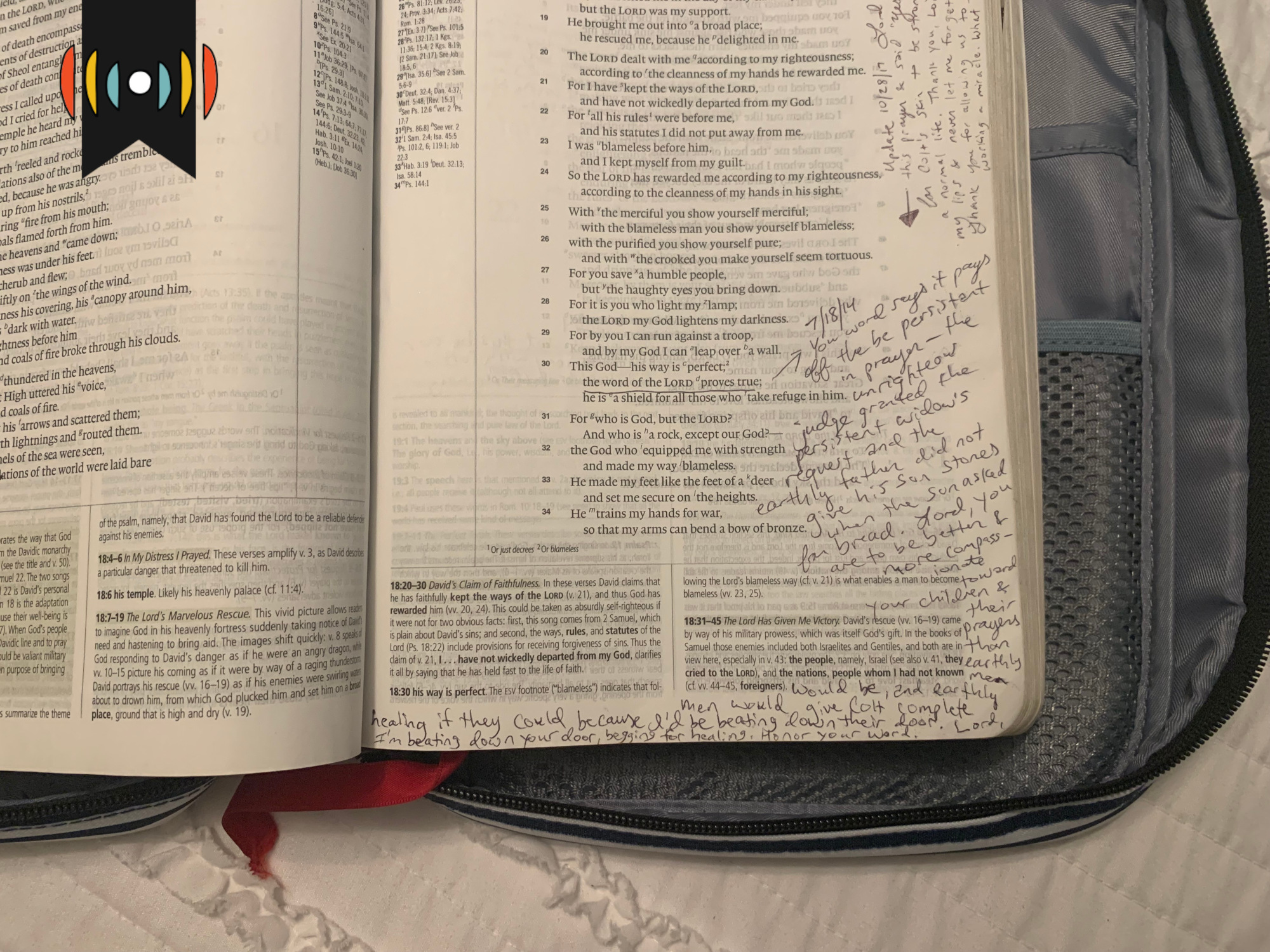 NICK EICHER, HOST: Today is Tuesday, November 8th. Good morning! This is The World and Everything in It from listener-supported WORLD Radio. I’m Nick Eicher.

MARY REICHARD, HOST: And I’m Mary Reichard. Most of us know the experience of praying and not getting the answer we want. That promotion at work goes to someone else. That last ditch operation fails. The results can be heartrending.

EICHER: But sometimes, God says yes. Here now is WORLD commentator Whitney Williams, recalling a time when God said yes to her prayers in a way that startled her. Her true story of God’s grace.

WHITNEY WILLIAMS, COMMENTATOR: I had a word with the Lord on July 18, 2014. I still remember the date because it’s etched into the margin of my Bible alongside a bold, vigorously written prayer. Looking back now and remembering the intensity of the moment, I’m surprised the tip of my pen didn’t slash a hole in the page.

For those of you who don’t know, havin’ words with God is different than praying. Praying is proper. Havin’ words is dogged, desperate. And that day, my dam broke.

The pressure started building a year prior when our prayers for a healthy baby were answered with a surprise, rare, and horrific genetic disorder. Our first child came into this world in terrible pain with no skin on his feet, blisters in his mouth and under his fingernails, and a diagnosis that shattered our souls—recessive dystrophic epidermolysis bullosa. In the more severe forms, which doctors believed our son had based on the severity of his feet, the person’s skin, internally and externally, shears off with the slightest friction—acting kind of like wet toilet paper might; think a lifetime of daily wound care, wrapping one’s entire body like a mummy to try to protect the delicate skin, huge open wounds all over the body—yes, the skin starts to grow back, but only to shear off once again, fingers and toes fusing into nubs due to continual trauma and scarring, esophageal strictures. No treatment, no cure. Wheelchairs, g-tubes, continual infections, and unending pain.

The neonatologist told us, “The good news for your son is that he has parents who love him.” That “good news” ripped our guts out and threw them across the floor.

A year (and thousands of prayers) later, I was done with religious propriety, desperate, determined. “Lord,” I wrote through tear-filled eyes next to a hastily underlined Psalm 18:30, which says “The word of the Lord proves true.” “Lord, your Word says it pays off to be persistent in prayer—the unrighteous judge granted the persistent widow’s request and the earthly father did not give his son stones when the son asked for bread. Lord, you are to be better and more compassionate toward your children and their prayers than earthly men would be, and earthly men would give my son complete healing if they could because I’d be beating down their door. Lord, I’m beating down your door, begging for healing. Honor your word.”

Now, I know what some of you are thinking: “Wow. Whitney, how does it feel to get struck by lightning and live to tell about it?”

But God didn’t send down His heavenly wrath that day. Instead, He welcomed His desperate daughter’s boldness and returned it with undeserved grace and mercy, giving my son miraculous healing and a quality of life that defies his DNA and diagnosis.

Power of prayer or always in God’s plan? I really don’t know. Maybe both. But I’m confident of this: We’re welcome to beat down the door.