Where did all the foreign interference go?

WORLD Radio - Where did all the foreign interference go? 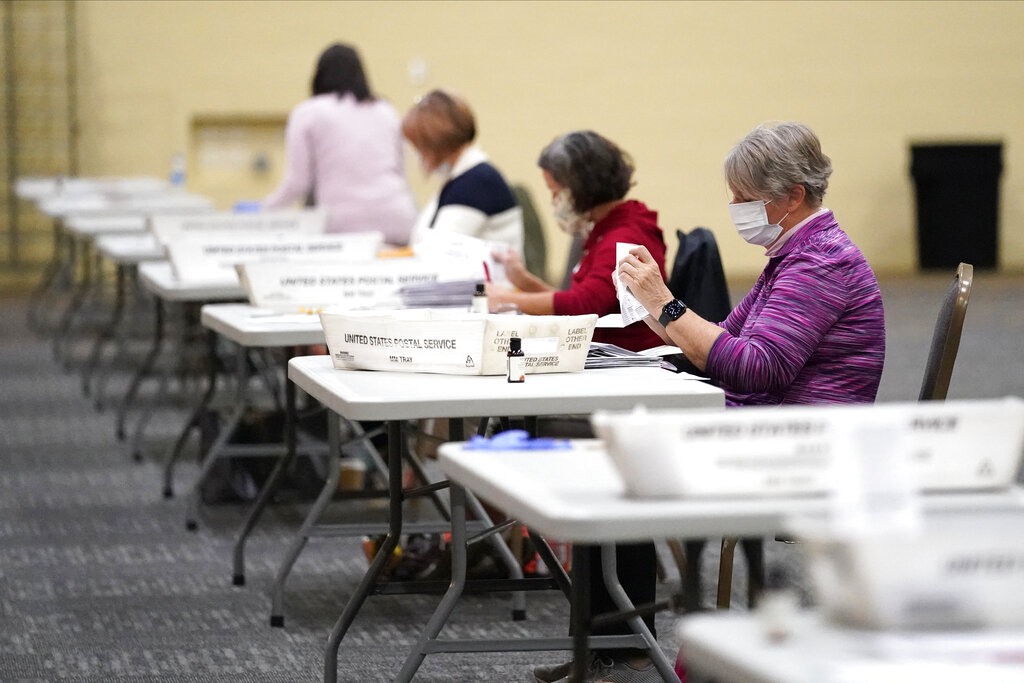 MARY REICHARD, HOST: Coming up next on The World and Everything in It: foreign election interference.

NICK EICHER, HOST: Four years ago, Russia set out to tamper with the U.S. presidential elections in a variety of ways.

They never changed any votes cast. But they did manage to hack into and probe voter databases—in addition to sowing even greater division among Americans.

REICHARD: Heading into this year’s elections, cybersecurity analysts prepared for a similar campaign.

SARAH SCHWEINSBERG, REPORTER: After 2016, Americans’ vocabularies grew to include words like trolls and bots.

MARCELLINO: So trolls are fake personi.

William Marcellino is a behavioral scientist at the RAND Corporation. He says a troll is a real person hiding behind a fake online identity.

MARCELLINO: Some of them are liberal, progressive, some of them are Conservative. And you spend the whole day going through pretending to be you know, somebody in in Kansas somebody in Portland, and you put out scripted content to try and move the needle on and persuade people informationally.

The Russian government also operated huge networks of bots. Those are fake accounts run by a computer.

BRAW: The 2016 elections were essentially America’s wake up call.

A big part of that wake up call involved beefing up U.S. Cyber Command. That’s the military agency in charge of cyberspace defense. Part of Cyber Command’s strategy involved deploying teams to the Middle East, Asia, and Europe to find—and warn—foreign hackers.

BRAW: They have been essentially taking the game to the other side. It’s clear to those would-be perpetrators of cyber attacks that they have been found out and they stand to lose if they carry out cyberattacks.

BRAW: I think also, many people have been more careful not to click on anything that looks juicy or scandalous.

Despite these improvements, just weeks before the election, Russian and Iranian hackers got their hands on some American voter information. The Iranian hackers posed as an alt-right group and sent threatening emails to voters in four states.

At a press conference, National Intelligence Director John Ratcliffe reassured Americans that the threat had been shut down. And he said the elections would still be free and fair.

RATCLIFFE: These actions are desperate attempts by desperate adversaries know that our election systems are resilient and you can be confident your votes are secure.

Foreign trolls were also active this year. William Marcellino at the RAND Corporation led a study that examined more than 600-thousand Twitter accounts. He then divided them into different political camps.

The pro-Biden camp included 160,000 accounts, with 4 percent operated by trolls. Marcellino put about 87,000 accounts in the pro-Trump category and found trolls behind 8 percent of those.

MARCELLINO: Super connectors are accounts that had very, very dense connections. Thousands of friends and followers linked to each other.

MARCELLINO: They are a ready-made distribution network.

WOLF: This is the prime opportunity for any adversary whether it’s Russia, whether it’s Iran or a cyber actor.

WOLF: We have no indications that a foreign actor has succeeded in compromising or affecting the actual votes cast in this election.

In the days after the election, as counts dragged on, levels of meddling remained insignificant.

So why didn’t we see a bigger effort to disrupt this year’s election?

Elisabeth Braw at the American Enterprise Institute says foreign foes know America is now much better prepared for a cyberattack… and to avenge one.

BRAW: We should remember that, whichever country wants to do that also has to bear in mind that America might retaliate or is likely to retaliate.

But there’s another reason.

Konstantin Sonin is an economist and political scientist at the University of Chicago. He’s also from Russia. Sonin says four years ago, Russia’s goal was simply to undermine faith in democracy.

Sonin says after 2016, Russia realized it doesn’t need to keep using widespread misinformation campaigns and cyber attacks to get Americans to doubt their elections. We doubted each other then and now.