‘When will these tears end?’

WORLD Radio - ‘When will these tears end?’

Anastasia and her daughter enter a McDonald’s in Poland near the Ukrainian border. Photo by Jenny Lind Schmitt 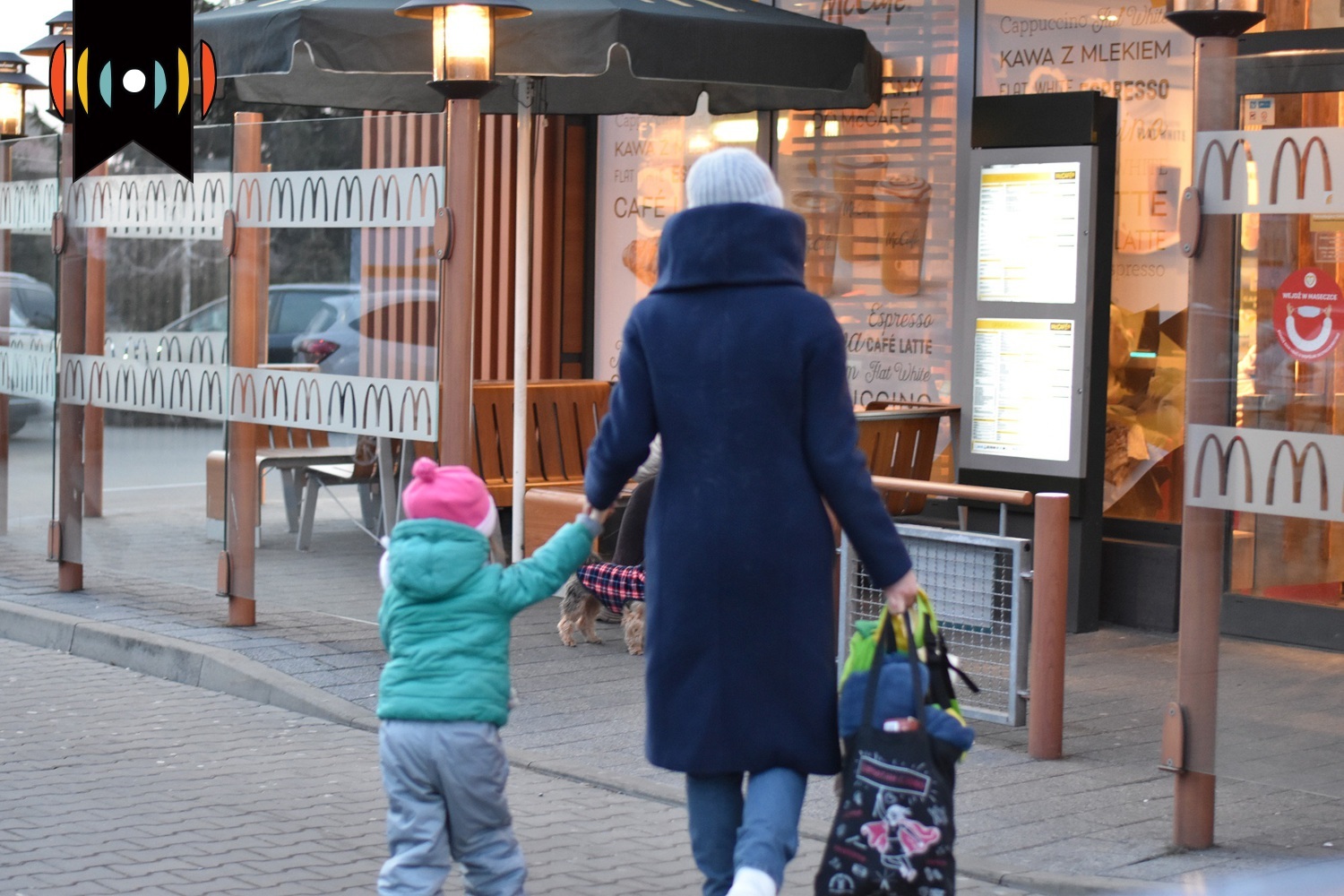 You’re listening to The World and Everything in It and we are so glad you are! Good morning, I’m Myrna Brown.

More than 2 million people have fled the war in Ukraine. That, according to the United Nations High Commissioner on Refugees.

Men between 18 and 60 years old are no longer allowed to leave Ukraine because they may be conscripted to defend the country. That means refugees are overwhelmingly mothers traveling with their children.

ANASTASIA: I live in a high building like 15th floor, and it's a little bit scary when you heard a bomb and airplanes and you are living so high.

On February 24th, a Thursday, she was at home in a city north of Kyiv. Like most Ukrainians, she feared conflict with Russia, which had amassed more than 100,000 troops on Ukraine’s borders. But she thought her home would be safe. Still, just in case, she had made a contingency plan with a friend.

ANASTASIA: And she's she has a private house near my city and we decided before that happened that if it really started, I will take my child and go to her.

So when the Russian invasion began, she followed the plan and drove to her friend’s house in the country. But on Friday, another friend called and told her Russian troops and tanks were headed to that area.

ANASTASIA: [speaks Ukrainian] In 10 minutes, we were sitting in her car with our stuff, which we can get. We forget almost all our meals and our goal was leaving the city as quick as we can and as far as we can.

It’s a story repeated again and again as refugees continue to flee the war in Ukraine. One week after the invasion, the United Nations High Commissioner on Refugees reported that 1 million people had left the country. A week later, that number has ballooned to 2 million, with more on the way.

When Anastasia and her friend ran out of gas, and the gas stations were empty, a kind stranger got them more. They drove on only to find themselves in a region where there was no more food in the stores. Finally, Anastasia realized she and her 3-year-old daughter, Diana, would have to leave the country completely in order to be safe.

ANASTASIA: We get my friends to take us to a railway station in Ivankiv. Then it was train to Lviv, and then I have another friend who get a car for us to the border.

Eight days after they began their journey, and two and a half hours after they arrived at the border crossing, Anastasia and Diana walked into Poland. I met them in Medyka, walking along the main highway heading away from Ukraine and into Europe.

Polish police officers also stopped to talk to her. They wanted to make sure she was safe, because weary, vulnerable Ukrainian refugees have become targets for human traffickers.

Craig Rucin has lived in Poland for 20 years as a missionary.

CRAIG RUCIN: It’s just people are just staring in like, what has happened next? Where do we go now? Yeah. And so that's trying to help them figure that out is going to be the next big step.

Rucin’s church, Rzeszow Baptist Church, is about an hour from the border at Medyka. As soon as Russia invaded, he started getting calls from fellow missionaries evacuating their staff in Ukraine.

CRAIG RUCIN: We got a call from another colleague who said, We are in trouble. We've got five people. Actually, it was supposed to be seven people who are supposed to be at the border in an hour, and none of our people can pick them up. So they said, could you please go out and get them?

He brought them home to spend the night at his house. Then every day he got more. Craig’s wife Carol Lynn says the requests for help come thick and fast.

The afternoon we talked, Craig had been up all night waiting at the border for a former colleague.

Craig Rucin: She's she she has been traveling for quite a long time, and she doesn't want to touch anybody because she's dirty.

She’d made it onto a bus to Poland, after traveling from eastern Ukraine.

CRAIG RUCIN: We were going to wait for Ludmila and I knew she was in line at the border. In fact, she finally was able to say, OK, there's five buses in front of me now there's four buses in front of us. And it was averaging about half an hour to 45 minutes a bus. So you figure when you have a line of 50 buses, you're going to be there for a long time.

After refugees cross the border, they are welcomed at centers set up by the Polish government. After registering, the first thing they get is a SIM card that makes it possible to use their cell phones in Poland. That way they can keep in touch with family back in Ukraine. Then they’re offered warm water, food, and a place to rest until they’re ready to move on.

From the refugee center, buses depart for destinations all over the country. European Union nations have opened their borders and are offering free train and bus travel to Ukrainian citizens. Rucin says the first wave of refugees knew where they wanted to go: A brother working in Poland, a sister married to a German. The wave coming now are people like Anastasia, who left because they weren’t safe.

CRAIG RUCIN: So they're leaving without an idea of where they're going. And so they get across the border and then it's like, Now what? My whole life, I have no idea what I'm going to do next. And where do I go? Do I ever get to go back home? Probably not.

His small church is doing what it can. It rents its meeting space, but the landlord has agreed to let the congregation set up a small refugee center.

CRAIG RUCIN: In fact, what you see here in my room in this house is about the same size as our entire church. So if we do set up a refugee center, it will be 10 people at the most that could stay there.

With an estimated 5 million people expected to flee, that’s a drop in the bucket. But every effort counts. The first week of the crisis, most refugees went to private homes in Poland. Now the huge number of refugees means they’ll have to travel farther into Central and Western Europe to find sanctuary. Already churches and communities in France, Germany, and Switzerland are preparing to welcome war-weary Ukrainians.

Rucin’s friend Ludmila is planning to go to her son, who lives in Israel.

From Medyka, my driver and I gave Anastasia a ride to the McDonald’s in the neighboring town of Przemysl. A friend was driving from Krakow to pick her up. She wants to reunite with her family. Her mother was visiting relatives in Russia and her brother was vacationing in Spain when war broke out. Anastasia is an IT recruiter and says she can work remotely, if she has a safe place with good wifi.

She says in the past she would sometimes dream with friends about moving to another country, to find a better future for their children. But it wasn’t supposed to be like this.