What’s next for the pro-life movement?

WORLD Radio - What’s next for the pro-life movement?

Leaders reflect the future, now that the end of Roe v. Wade is in sight

Pro-life activists march outside of the U.S. Supreme Court during the March for Life in Washington, Friday, Jan. 21, 2022. Jose Luis Magana/Associated Press Photo 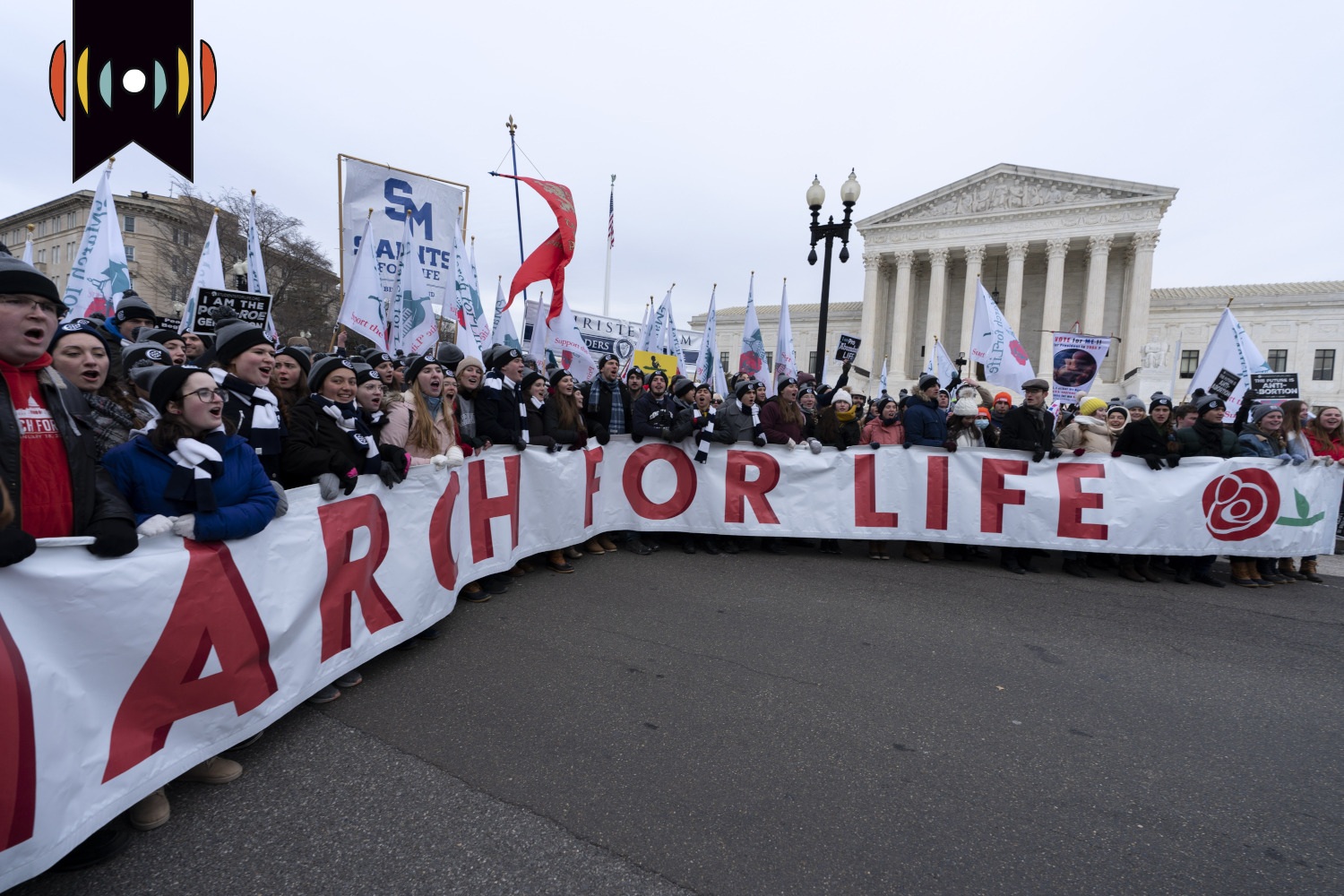 MYRNA BROWN, HOST: Today is Tuesday, January 25th. Thank you for turning to WORLD Radio to help start your day.

Last Friday tens of thousands of Pro-Life supporters gathered in Washington, D.C. for the 49th annual March for Life. There were many memorable speakers, including Lisa Robertson of Duck Dynasty. She had an abortion as a young woman:

ROBERTSON: We can't sit back any longer and allow our future generations to be aborted. We must act now. We are closer than ever, to reversing Roe versus Wade and bringing life—the importance of every life—and the sanctity of life back to the hearts and minds of America.

Katie Shaw, a 36-year old woman with Down Syndrome stole the show:

There’s been a lot of talk leading up to this year’s march that this could be the last march under Roe. If the Supreme Court upholds Mississippi’s heartbeat bill, it could be the undoing of nearly 50 years of legalized abortion in this country.

EICHER: If that happens, it’s not the end of the pro-life fight, it merely moves the battle from the federal level to the states. So how are current pro-life ministries preparing for the possible shift in focus? WORLD’s Leah Savas interviewed a handful of representatives in the days leading up to the march. Executive Producer Paul Butler brings a few highlights from her conversations.

PAUL BUTLER, REPORTER: It was freezing cold last Friday when dozens of pro-life organizations, grassroots advocates, and tens of thousands of pro-life Americans marched through Washington D.C. The weather may have limited the number of participants, but the enthusiastic crowd gathered on the National Mall all had one thing on their minds.

Jeanne Mancini is President of March for Life:

MANCINI: On January 22nd, 1973, our country was forever changed for the worse when seven men on the United States Supreme Court handed down Roe v. Wade. We are hoping and praying that this year—2022—will bring a historic change for life! [applause]

For 49 years, the overarching goal of March for Life organizers has been to overturn Roe v. Wade. And for the first time since the 1990’s, there’s a glimmer of hope that it could happen. If it does, what will that mean for the pro-life movement and the march?

Thomas Glessner is president of the National Institute of Family and Life Advocates:

GLESSNER: I think 15 states have 'trigger laws' that state if Roe vs. Wade is ever reversed, that state will revert back to what it was before 1973.

He believes that those states without trigger laws will move quickly—one way or another.

GLESSNER: Some will probably follow the Texas lead with heartbeat bills, which essentially bans surgical abortions. Other states maybe go the Mississippi route and put a stricter limit on when abortions can happen. On the other side, other states like California, New York, Massachusetts, go the other way. And so we're going to see a greater divide than ever.

According to Glessner, that means pregnancy centers in states with stricter abortion laws will see an immediate jump in the number of women seeking assistance.

GLESSNER: …they're just gonna see a lot more women, because women won't have access to it. And so, we have always said, You need to just prepare your operations, always improve, get more resources, be more professional than ever…

GODSEY: I think we are as ready as we've ever been.

Godsey is President of Heartbeat International. He says that one of the pro-life movement’s greatest assets is the local pregnancy center.

GODSEY: We've been refining our abilities, increasing our services, growing ultrasound and other things, creating more opportunities to serve them as they are in these situations. So I think that the pregnancy centers are equipped for the moment and will rise to the occasion.

He believes that if the Supreme Court overturns Roe, there will undoubtedly be what he calls “a bubble of confusion”—like what happened in Texas after the recent abortion bill there. It may lead to an initial spike in women seeking abortions but pregnancy centers are in a unique position to help women understand what’s at stake:

JOREL GODSEY: We actually had 1 woman that we talked to, and she said, “Now when is the heartbeat detected?” And we explained that to her, and she said, “Oh, good…because I didn't want to have this abortion anyway.” And I suspect many others like her, the law helped her do what she really wanted to do, which was carry that child and form that family or add that child to her family.

There are a handful of pro-life groups that have been planning on Roe’s demise for years. A decade ago, some labelled them naive, or wishful thinkers. But they persisted—and they’re ready.

HAWKINS: …when we launched 15 years ago, our vision was to create a post-Roe organization…

Kristan Hawkins is President of Students for Life of America. It focuses on those most targeted by the abortion industry: young people. Hawkins says young prolife advocates are uniquely suited to step into the breach whenever the abortion battle shifts to state legislatures.

HAWKINS: So in 2019, for example, we started a 501C4 organization: Students for Live Action, to take the young people that we've been training and identify and, and getting involved because we saw the writing on the wall for a Roe, and knew that, you know, phase two of the pro-life movement was going to be beginning—meaning shifting from this one fight to reverse Roe, to this 50 state battle of moving state by state to make abortion illegal and unthinkable.

So they’ve been preparing students to go to state capitals, speak to elected officials, and go door to door in districts where candidates ignore pro-life issues or go back on their pro-life campaign promises.

All three pro-life leaders believe that even if Roe v. Wade is overturned in the months ahead, the annual March for Life needs to continue. National Institute of Family and Life Advocates president Thomas Glessner put it this way:

GLESSNER: Yeah, I think be definitely an emotional need for us to come together in one big family. But there will be a need to keep reminding the nation and our federal legislators here, there's still federal issues here. The the ultimate political step is to get a constitutional amendment that will provide personhood to the unborn child and therefore just take away abortion period. We're years or a lifetime away from that probably. So there'll be a need for March.

BROWN: Our thanks to Leah Savas for sharing her recordings with us today. You can get the latest pro-life news directly in your email inbox each week. To sign up for Leah’s newsletter called “Vitals,” visit wng.org/newsletters.