What’s driving the surge at the southern border?

WORLD Radio - What’s driving the surge at the southern border? 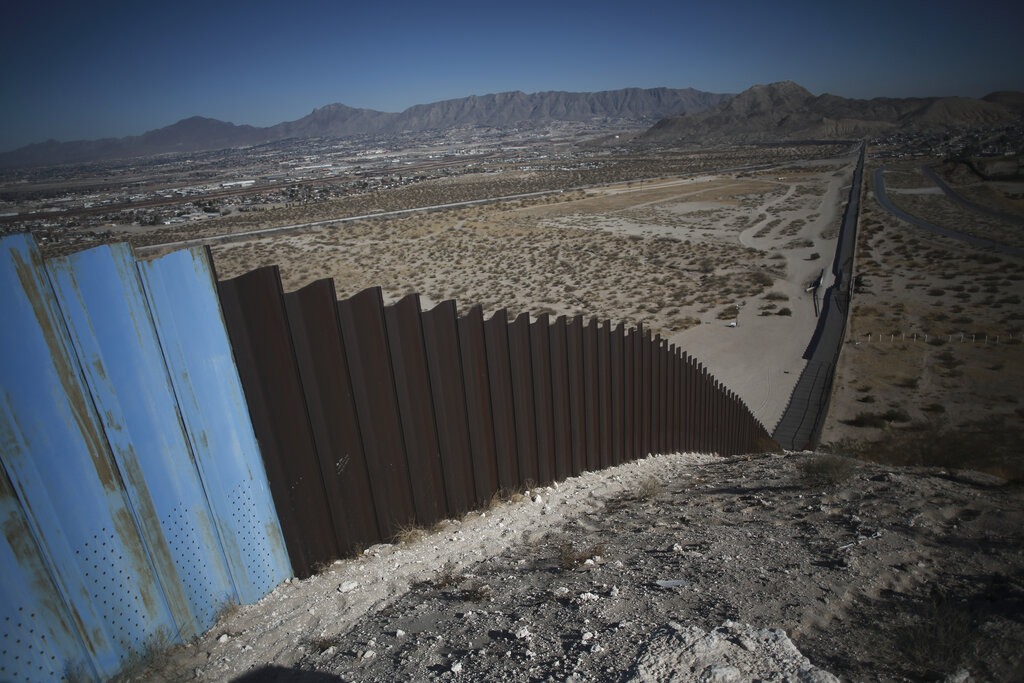 Last March, former-President Donald Trump said migrants arriving at the southern border could pose a health risk by bringing COVID-19 into the United States. So under a public health code called Title 42, the Trump Administration began turning away anyone arriving at the southern border. That included single adults, families or minors traveling alone.

SARAH SCHWEINSBERG, REPORTER: Tijuana, Mexico has long been a border crossing point for migrants. But over the last year, the border city has become more of a stopping point.

David Ruiz is a Christian businessman in Tijuana. He describes tent camps of migrants near the border.

RUIZ: I say about 600 people or parents 600 people at the border. It looks pretty crazy right now. You see all these tents.

Ruiz says some of these migrants have been in the city for more than a year,  waiting for the U.S. border to open again. They come from all over Central America and the Caribbean.

Sami DiPasquale works with Abara in El Paso, Texas. The ministry helps churches and migrant shelters in El Paso and across the border in Juarez, Mexico. DiPasqaule says Juarez has also seen a steady build up of migrants over the past two years.

The buildup began under the Trump Administration’s “Remain in Mexico” Policy. Under that policy, migrants had to stay in Mexico while their asylum claims worked through U.S. immigration courts.

Then when the border shutdown last March, more arriving migrants settled down in Juarez, waiting for their chance to apply for asylum in the United States.

DIPASQUALE: So in our area, at first there were camps in a park and along the streets, right by the border crossings that just kept getting larger and larger. And then the local government disbanded those camps and many moved into shelters. There’s one large government shelter, there’s a very long term House of hospitality. And then another network of 15 to 20 smaller groups, churches, organizations that are hosting.

Now, DiPasqaule says as the world begins to open back up, more migrants are beginning to arrive.

DIPASQUALE: They’re having have not been large caravans to date but yeah, the numbers have been steadily increasing

Sarah Pierce is an immigration scholar at the Migration Policy Institute. She says the increasing number of migrants coming to the southern border is due to ongoing poverty and violence in Central America as well as destructive hurricanes last fall.

Then there’s the pull of a new administration in the United States.

PIERCE: The southern border is still largely shut down. But just the fact that President Biden lifted some of those restrictive policies, I think that alone can serve as an invitation for people who are already looking to flee problems at home.

The Biden Administration ended the Remain in Mexico Policy and said it would allow 25,000 migrants living in Mexico under the policy to enter the United States.

In January, the Biden Administration also said it would allow unaccompanied minors into the country.

That change is drawing more teenagers to the border. In February, more than 9,000 unaccompanied alien children, or UACs, arrived—nearly twice as many as the month before.

Customs and Border Patrol officials are still turning away single, adult arrivals and families at the border. But that doesn’t keep desperate migrants from trying to cross into the country. Since September, border agents have apprehended around 60,000 adult migrants each month.

That’s what happened to Wilden and Tatiana Lopez in Honduras. In January, they heard the Biden Administration would let their family into the country. Mirabel Valasquez—the pastor of a church in El Paso, Texas—translates for the couple.

With that false knowledge, the Lopezes took their two small children and headed north. When the family first arrived at the Juarez/El Paso border crossing, U.S. border patrol agents sent the family back to Mexico.

Two weeks later the Lopezes tried crossing into the U.S. again, this time through the Rio Grande Valley, where, it just so happens, the Mexican government announced this fall it’s too dangerous for the U.S. to send migrant families back into Mexico. So border patrol officials released the Lopezes into the United States.

VALASQUEZ: Having their children with them when they were apprehended helped them not be immediately sent back across the river.

The Lopezes journey north worked out for the family. They’re safe. But many others won’t have a similar story.

Victor Manjarrez is a border scholar at the University of Texas at El Paso. As more migrant families and teenagers make their way north, Manjarrez worries the business of human smuggling will grow.

MANJARREZ: What I fear the most, though, is the exploitation of these people coming up. There’s there’s a lot of money. This has become a very big business.