Parents debate the pros and cons of getting children vaccinated 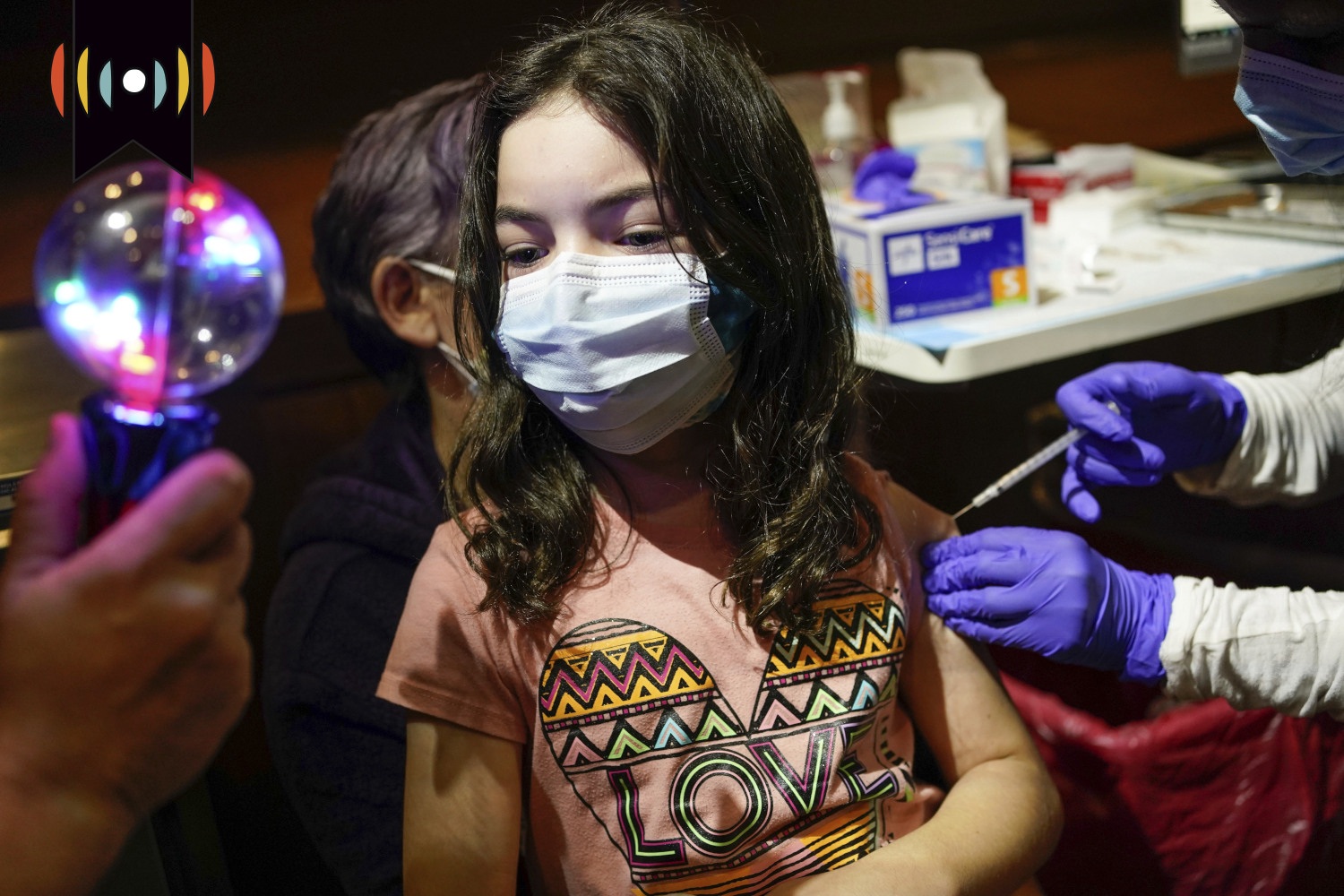 You’re listening to WORLD Radio and we’re so glad you are! Good morning, I’m Mary Reichard.

First up on The World and Everything in It: vaccines.

Last week, the FDA gave emergency authorization to the first COVID-19 vaccine for children as young as age 5. The CDC recommends it, but not all parents are convinced.

According to a recent Kaiser Family Foundation poll, one-third of those responding said they weren’t sure about vaccinating their elementary-aged children. Another third said they wouldn’t unless required.

REICHARD: Among parents’ biggest concerns: what long-term effects the vaccine might have on growing children. WORLD’s Caleb Bailey reports.

CALEB BAILEY, REPORTER: Rebecca Hawkins lives in McKinney, Texas, with her husband and two children. The children are 3 and 5. The oldest is now eligible for the Pfizer-BioNTech COVID-19 vaccine.

HAWKINS: So when the vaccines first came out for adults, my husband had signed us both up, and we went ahead and got those, it seemed to be something that was well researched, well tested.

But Hawkins worries the trial for young children wasn’t quite as comprehensive. She isn’t sure what risks the vaccine might pose. On the other hand, she knows the risk of COVID isn’t that high. She doesn’t see it as much of a threat as other diseases vaccines protect against, like Polio or Hepatitis B.

HAWKINS: So why would I take on an unknown risk? When there's not much of a risk to start with?

According to the Centers for Disease Control and Prevention, just over 3,000 children and adolescents have been hospitalized with COVID-19 between March 2020 and June 2021.

Still, doctors are urging parents to get their kids vaccinated. And they insist it’s safe.

Dr. Sally Goza is a general pediatrician in Fayetteville, Georgia and the past president of the American Academy of Pediatrics. She points to the vaccine’s safety in the adult population.

GOZA: And so we have a much lower dose, it's 10 micrograms versus 30 for the adults. The safety studies look very good. The data is there to show that this vaccine is safe and effective for children.

Dr. Goza says that so far, with adults and teens, any serious side effects manifested themselves within the first two months after vaccination. So parents shouldn’t be worried about long term effects in children.

Though the death toll for children with COVID is relatively low, Dr. Goza says parents should still take the threat seriously.

GOZA: The eighth leading cause of death in children is COVID. And so, you know, that’s our thing is that we have a safe and effective vaccine that can prevent this disease.

But not all doctors agree, especially when it comes to side effects.

Dr. Kirk Milhoan specializes in pediatric cardiology and has filled pediatric positions for decades around the world, including as chief of  Pediatric Cardiology at the Children’s Hospital in San Antonio.

He’s worried about one side effect in particular.

MILHOAN: There’s an issue of myocarditis in kids who get the vaccine, especially after the second dose.

Myocarditis is an inflammation of the heart that enlarges and weakens it. That can lead to scar tissue and makes the heart work harder to circulate blood. Dr. Milhoan says that could have monumental consequences for a prepubescent child whose body is still growing and developing.

Many of the most comprehensive studies related to COVID come out of Israel because it has one of the highest vaccination rates and a comprehensive health tracking system. The Israeli Ministry of Health found that one in 3,000 young men aged 16-24 developed myocarditis following vaccination. That’s a much higher rate than among adults, leading some to correlate age with reaction.

In part because of those concerns, an article in the British medical journal The Lancet suggested natural immunity is preferable for children. And Dr. Milhoan says lots of U.S. children have already had COVID.

MILHOAN: And the CDC says that 40 percent of children probably have natural immunity.

Dr. Milhoan isn’t the only physician to speculate on the effectiveness of natural immunity for children. He points to recommendations from Dr. Martin Kulldorf, the former head epidemiologist for Women and Children’s hospital in Boston.

MILHOAN: And what he said regarding these things is that I do not think children should be vaccinated for COVID. I am a huge fan of vaccinating children for measles, for mumps, for polio, for rotavirus and many other diseases. That's critical, but COVID is not a huge threat to children.

Dr. Milhoan says both the vaccine and natural immunity carry risk. Parents must decide for themselves what level of risk they’re willing to tolerate.

The push for vaccination is backed in part by a desire for herd immunity. Health officials say vaccinating children is one way to help protect their grandparents, or immunocompromised neighbors.

Rebecca Hawkins says that makes sense. And she believes Christians must consider how best to love others. But she’s also weighing her primary responsibility to protect and love her children.

HAWKINS: So we just have to make the best decisions with the information that we have.