Hurricane Fiona slammed Turks and Caicos, lawyers for migrants flown to Martha’s Vineyard have filed a lawsuit against Florida Gov. Ron DeSantis, a record number of migrants have crossed the U.S. southern border, officials in Russian-controlled parts of Ukraine will vote to become part of Russia, the UN General Assembly is meeting in person this week, the special master tasked with reviewing FBI files seized from Mar-a-Lago met with lawyers from both sides yesterday 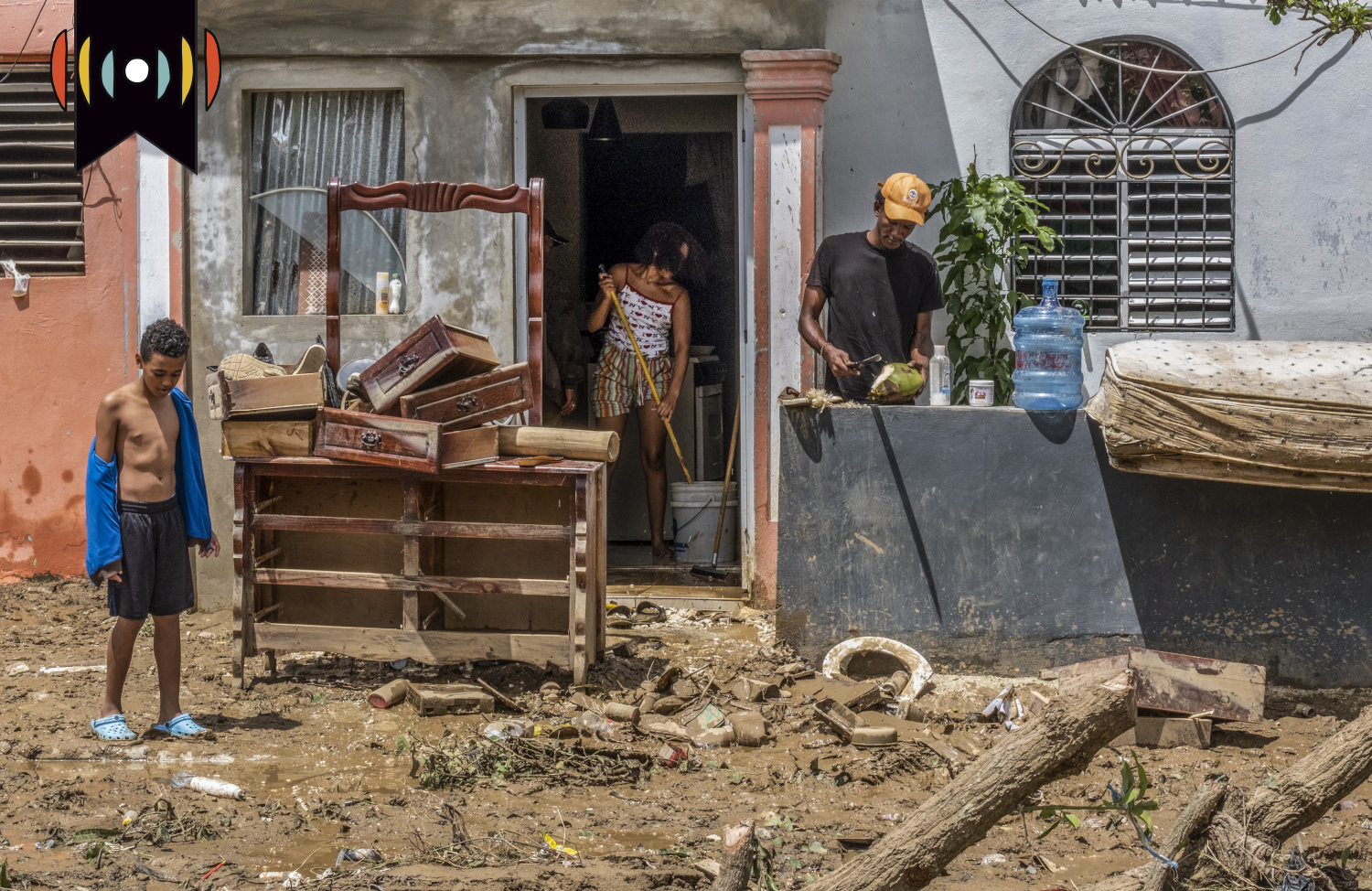 Relentless rain and winds well over 100 miles per hour blasted the Turks and Caicos Islands Tuesday.

Hurricane Fiona slammed the British territory as a Category 3 storm after it devastated Puerto Rico.

MORALES: There’s a lot of lost houses. Roads are blocked because of the trees.

Fiona brought catastrophic flooding to Puerto Rico. One resident recorded the moment a swollen river swallowed a bridge and carried it downstream.

Most people are still without power.

The storm is expected to be a Category 4 hurricane as it approaches Bermuda on Friday.

Migrant transportation to sanctuary cities » Lawyers for migrants recently flown from Florida to the Massachusetts resort island of Martha’s Vineyard filed a lawsuit Tuesday against Florida Gov. Ron DeSantis and his transportation secretary.

DeSantis says the migrants signed up voluntarily for the flight. But the suit claims they were misled about their destination.

PIERRE: Our heads up did not come from Gov. DeSantis because his only goal, as he’s made it really clear, is to create chaos.

DESANTIS: He’s giving a false promise, the border’s open, luring these people to come here for political purposes, and then basically cutting these people loose and leaving them high and dry.

That after border officials released new numbers for the month of August reporting more than 200,000 migrant encounters last month.

A record number of Venezuelans crossed the southern border in August, more than 25,000.

That makes Venezuelans the second-largest nationality after Mexicans among migrants attempting to enter the United States without authorization.

Department of Homeland Security data show that border officials have stopped nearly 80 people on the terrorist watch list at the southern border in the past year.

Russia Ukraine referendum » Moscow’s handpicked officials in Russian-controlled regions of Ukraine are planning to vote this week to become part of Russia.

Kyiv and Western allies consider the votes to be a farce. U.S. Secretary of State Tony Blinken:

BLINKEN: None of this, the sham referenda, the potential mobilization of additional forces, is a show of strength. On the contrary, it’s a sign of weakness.

The Kremlin-backed efforts to swallow up four regions could set the stage for Moscow to escalate the war by claiming it’s actually defending Russian territory.

United Nations » The UN General Assembly is meeting in person this week for the first time since the start of the pandemic. President Biden will address the assembly today. He’s expected to, among other things, declare continued, steadfast support for Ukraine.

Leaders will also hear a recorded address as soon as today from Ukrainian President Volodymyr Zelenskyy. Russia failed last week to stop the UN from giving Zeleneskyy permission to speak by video from Kyiv.

Zelenskyy had been slated to speak in person today.

Trump-special master conference » The independent legal expert tasked with reviewing documents the FBI seized from Donald Trump’s home met with lawyers from both sides for the first time yesterday. WORLD’s Anna Johansen Brown has that story.

ANNA JOHANSEN BROWN, REPORTER: The purpose of Tuesday’s meeting was to sort out the next steps in the review process.

Trump’s lawyers are resisting Dearie's inquiries about whether the seized records were declassified. They said that issue could be part of their defense in the event of an indictment.

But Dearie appeared unsatisfied with that answer.

He said if Trump's lawyers will not assert that the records have been declassified, and the Justice Department makes an acceptable case that they are still classified, then, he said, “as far as I'm concerned, that's the end of it.”