California recall, cleaning up from Hurricane Nicholas, Blinken testifies before the Senate, Taliban reiterates anti-terror promise, and a snapshot of the economy 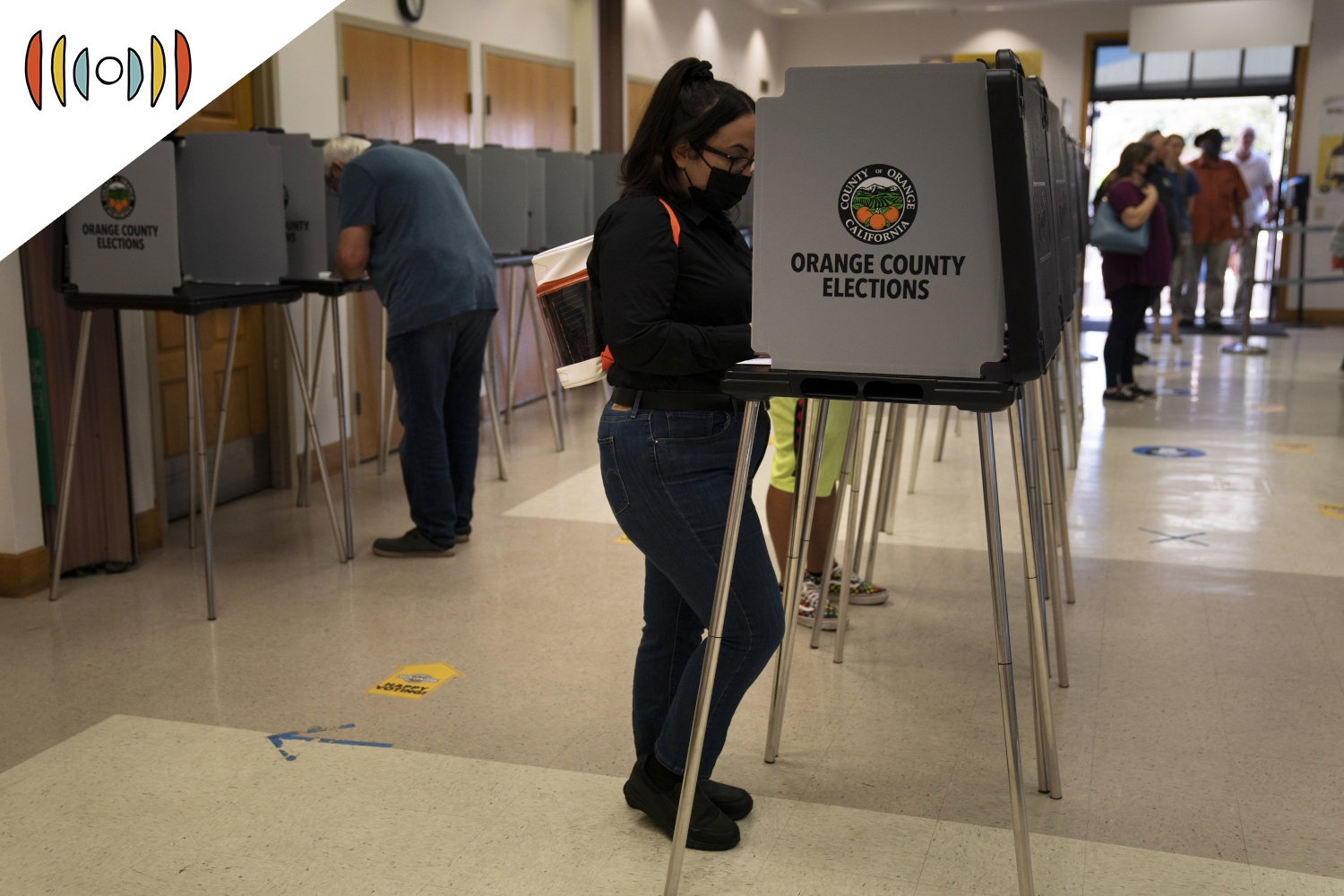 As of midnight Eastern, with about two thirds of the votes counted, he appeared to have easily survived Tuesday’s recall election with 67 percent of voters saying no to removing Newsom from office.

NEWSOM: Democrats, frankly, were taking this a little bit lightly because they didn’t believe it, number one, or thought it didn’t pose a threat, number two. But I think you’ve been seeing in the early voting, Democrats have been coming out strong and I’m just humbled by that, grateful for that.

If the recall had succeeded, conservative talk radio host Larry Elder was the top choice of Newsom’s opponents.

When answering the ballot question “If Gov. Newsom is removed, who should take his place?” Elder held a 30-point lead over all other candidates as of midnight.

Newsom took office in January of 2019. He’s slated to serve another 16 months in office.

One day after testimony before a House panel, lawmakers on the Senate Foreign Relations Committee grilled Blinken about the administration’s handling of the Afghanistan pullout.

RISCH: The withdrawal was a dismal failure. One of the things we need to get to the bottom [of] is who’s responsible for this? Who made the decisions?

Blinken, testifying by video link, again defended the withdrawal and claimed President Biden’s hands were tied by President Trump’s withdrawal agreement with the Taliban. And he said there’s no way the Biden administration could have predicted what happened as US forces withdrew.

BLINKEN: We did not see this collapse in the matter of 11 days. But it is important that we go back and look at all of this.

But as he spoke, U.S. intelligence officials warned that al-Qaeda may soon once again pose a threat to the U.S. homeland. WORLD’s Sarah Schweinsberg has more.

SARAH SCHWEINSBERG, REPORTER: Lt. Gen. Scott Berrier, who leads the Defense Intelligence Agency, outlined new intelligence estimates on Tuesday. He said with U.S. forces gone from Afghanistan, al-Qaida may be only 12 to 24 months from rebuilding and once again using Afghan soil to plot attacks against the United States.

And David Cohen, deputy director of the CIA, said intel agencies have already detected “indications of some potential movement of al-Qaeda” back to Afghanistan.

Experts have long said the Taliban still maintains ties to al-Qaeda, which took sanctuary in Afghanistan before 9/11.

Lawmakers did not ask Blinken directly about the intelligence assessments, but Blinken conceded that the Taliban had not severed its links with the terror group.

Nicholas pushes into storm-battered Louisiana » The storm that was Hurricane Nicholas is pushing into Louisiana this morning—a state that could certainly do without any more severe weather.

EDWARDS: I know that bracing for another storm while we’re still responding to and trying to recover from Hurricane Ida is not the position that we wanted to be in, but it is a situation that we are prepared for.

Forecasters warn that Nicholas could potentially stall over the storm-weary state and trigger life-threatening floods across the Deep South.

The storm has already battered the Texas coast since making landfall very early Tuesday morning. It weakened slightly before slamming the Houston area later in the day as a tropical storm. But Houston Mayor Sylvester Turner told reporters…

TURNER: This storm could have been a lot worse for the city of Houston. I think we fared fairly well.

But Nicholas did knock out power to a half-million Texas homes and businesses, dumping more than a foot of rain in some places.

Galveston saw nearly 14 inches of rain from Nicholas, the 14th named storm of the Atlantic hurricane season, while Houston reported more than 6 inches.

Consumer prices still climbing but more slowly » Americans are still paying more for all kinds of goods and services, but inflation is not rising quite as sharply as it did earlier in the year. WORLD’s Kristen Flavin explains.

Now that special unemployment benefit programs and stimulus checks have ended, more Americans will have to go back to work to balance out supply bottlenecks and keep poverty rates from rising. Job openings have continued to set record highs in recent months, even as a surge in COVID-19 infections has slowed the rebounding economy.