President Joe Biden and first lady Jill Biden visit the scene of a shooting at a supermarket to pay respects and speak to families of the victims of Saturday's shooting in Buffalo, N.Y., Tuesday, May 17, 2022. Andrew Harnik/Associated Press Photo 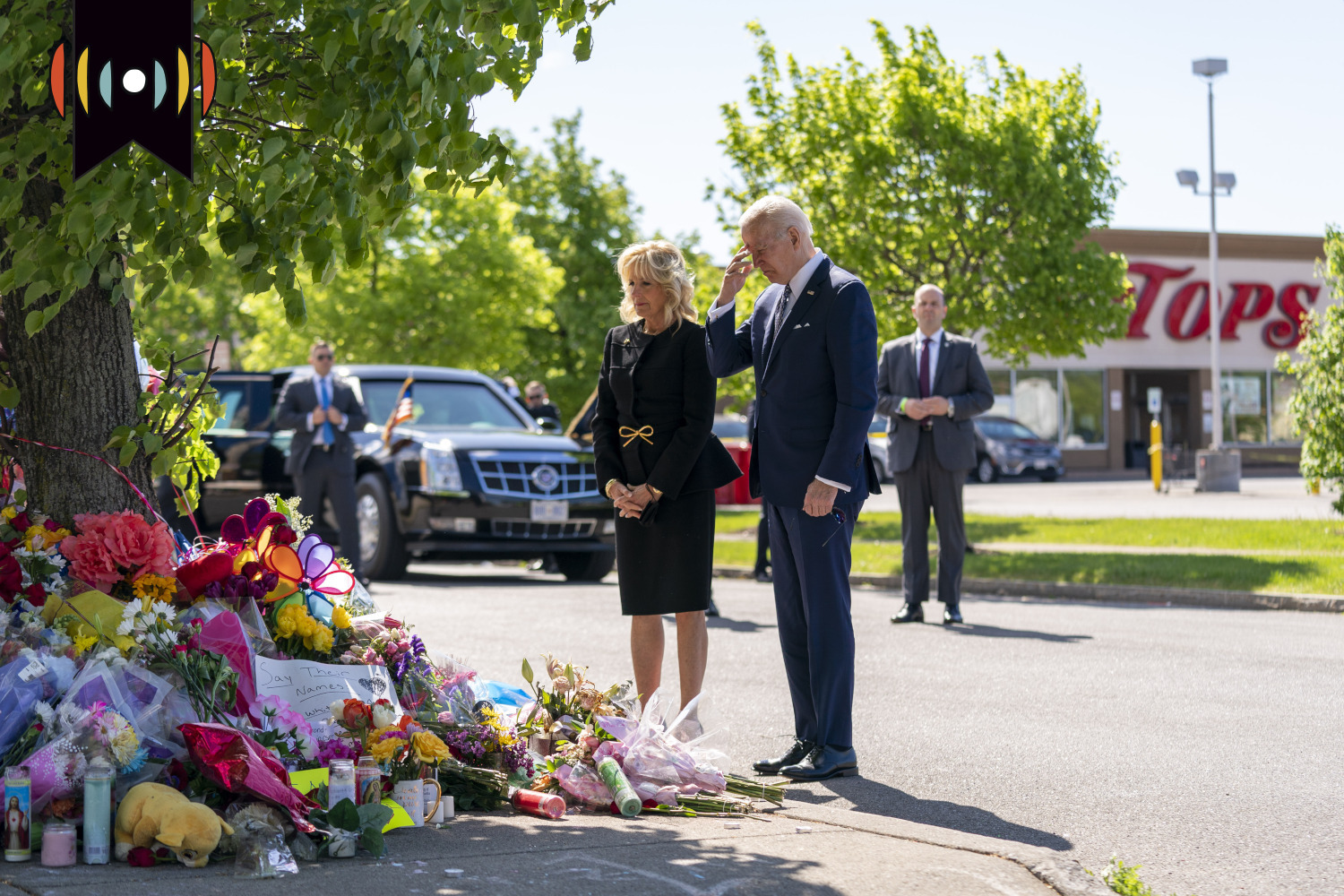 BIDEN: In America, evil will not win, I promise you. Hate will not prevail. And white supremacy will not have the last word.

Investigators say the white suspect in Saturday’s shooting, Payton S. Gendron targeted most of his victims because they were black. Ten people died in the massacre at a supermarket.

Biden said he also is not giving up on pushing for tighter gun laws in the United States.

But the 18-year-old suspect purchased the rifle used in the attack in New York, which already has some of the strictest gun laws in the country.

Authorities say Gendron made a threat against his high school last year and was forced to undergo a mental health evaluation. Despite that fact, he was not on the state’s red flag list, which would have barred from legally buying a gun.

White House moves to loosen remittance, flight rules on Cuba » The Biden administration said Monday that it will loosen restrictions on travel to Cuba and lift other Trump-era limits on sending cash to the country. WORLD’s Kristen Flavin has more.

Additionally, it will move to reinstate the Cuban Family Reunification Parole Program.

The United States will also allow scheduled and charter flights to locations beyond Havana.

Critics say the moves will only strengthen the hand of Cuba’s oppressive communist government.

Ukraine evacuates fighters from Mariupol steel plant » Ukraine’s government said 53 soldiers have been evacuated from a steel plant in the port city of Mariupol. That plant for weeks has been the last Ukrainian stronghold in a city almost entirely occupied—and mostly destroyed—by Russian forces.

Those troops were transported to a hospital in the Russian-controlled town of Novoazovsk, east of Mariupol. Another 211 fighters left through a humanitarian corridor to the town of Olenivka.

Ukrainian officials say they’re working on an exchange plan to get the evacuated soldiers home.

That is assuming that the CDC also signs off on the authorization, as expected. The CDC’s board of advisers is scheduled to meet tomorrow.

Everyone 12 and older is already approved for one booster dose.

Pfizer makes the only COVID-19 vaccine available for children of any age in the United States.

The dose for 5-to-11-year-olds is one-third the strength of those given to everyone 12 and older.

Demand for vaccine shots has fallen nationwide, but that could change if new cases continue to rise. Infections have been trending upward since about the first of April. Hospitalizations are also up, but deaths have continued to decline.