President Joe Biden speaks calls on a reporter for questions in the South Court Auditorium on the White House complex in Washington, Tuesday, May 10, 2022. Manuel Balce Ceneta/Associated Press Photo 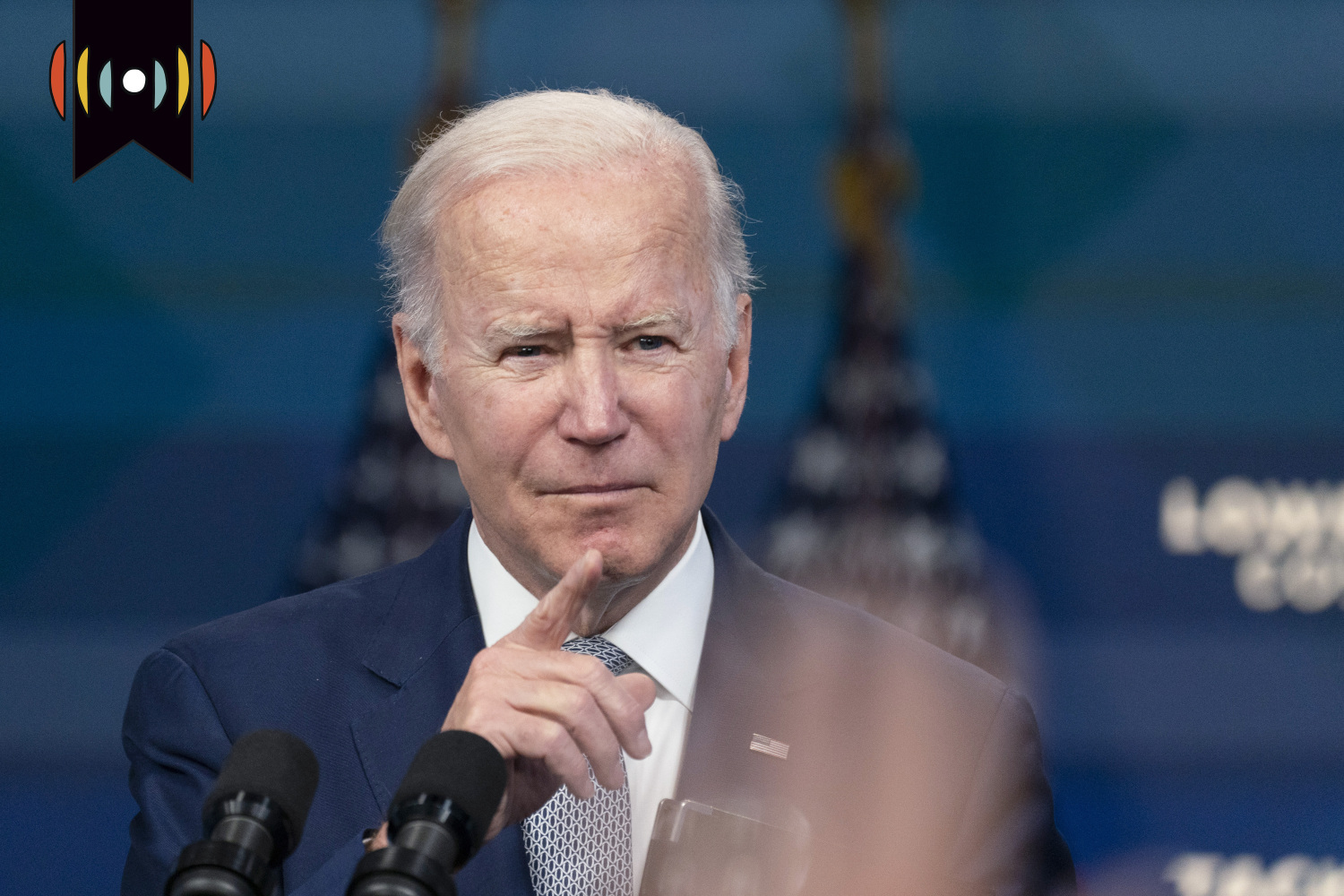 BIDEN: I know you gotta be frustrated. I know. I can taste it. Frustrated by high prices, by gridlock in Congress.

He said the GOP, particularly what he called “ultra-MAGA” Republicans have scuttled his spending plans in Congress and are largely to blame for inflation.

But South Dakota Sen. John Thune pointed a finger right back at the White House.

THUNE: Stop the out of control spending. And I think that’s what—do no more harm. And his administration right now has no solution except to spend more.

The president also said the Federal Reserve plays a critical role in fixing inflation and called on the Senate to confirm his nominees to the agency.

MCCONNELL: I think we’re on the path to getting that done. Discussions are underway between the House and Senate appropriators on the crafting of the passage. It needs to be clean of extraneous matters; directly related to helping Ukrainians win the war.

It is those—quote—“extraneous matters” that have been the sticking point.

Republicans have bristled at attempts by Democrats to include things like funds to fight COVID-19 and food insecurity in the same bill as the aid to Ukraine.

But both sides agree on the need to further bankroll Ukraine’s defense.

He also said he has completed the answers to a "special questionnaire” as Ukraine applies to join the European Union.

Russia has pummeled the vital port of Odesa this week, an apparent effort to disrupt supply lines and shipments of Western weapons.

Ukraine said Russian forces fired seven missiles at Odesa, hitting a shopping center and a warehouse in the country's largest port. At least one person was killed.

Shanghai re-tightens on COVID, frustrating trapped residents » The city of Shanghai is doubling down on pandemic restrictions after briefly easing its lockdowns. WORLD’s Kristen Flavin has more.

But on Tuesday, the government suspended service on the last two subway lines still in operation, marking the first time the city’s entire system has shut down.

Residents who contract the virus are often taken into quarantine. They’re forced to turn over their keys so teams in white protective suits can spray disinfectant and sanitize their homes.

China's Communist government is showing no sign of backing off from its zero tolerance COVID strategy.

The entire world is feeling Shanghai’s restrictions. The city is China’s major business center, and the lockdown puts further pressure on the global supply chain.

This driver in Brooklyn said he’s definitely feeling the pinch.

AUDIO: This is ridiculous, know what I’m saying? It’s like, the money, your salary is practically the same and everything is going up.

AAA spokesman Andrew Gross says the war in Ukraine is a huge factor.

GROSS: It’s grinding on. You’re having all these sanctions being put on by all these countries who are trying to turn off the tap on Russia’s war machine, and that tap is an oil tap.

The highest average price in the country, as usual, California, at $5.84 per gallon.

The lowest average price right now is in Georgia, $3.90 per gallon. That’s due in part to a suspension of the state’s gas tax.

JOSH SCHUMACHER, REPORTER: Terms of the settlement in the eight-year-old case were not immediately released. But the Associated Press reports that the sides had been discussing a possible settlement of around $200 million.

Several minor league players filed the suit in 2014. They claimed violations of labor laws and wage standards for a work week they estimated at 50 to 60 hours.

Chief Magistrate Judge Joseph C. Spero with the U.S. District Court in San Francisco wrote in a pretrial ruling that minor leaguers are year-round employees who should be paid for travel time to road games and to practice.

And he found that Major League Baseball violated wage requirements in multiple states.

As of last year, many minor league players earned less than $20,000 per year.