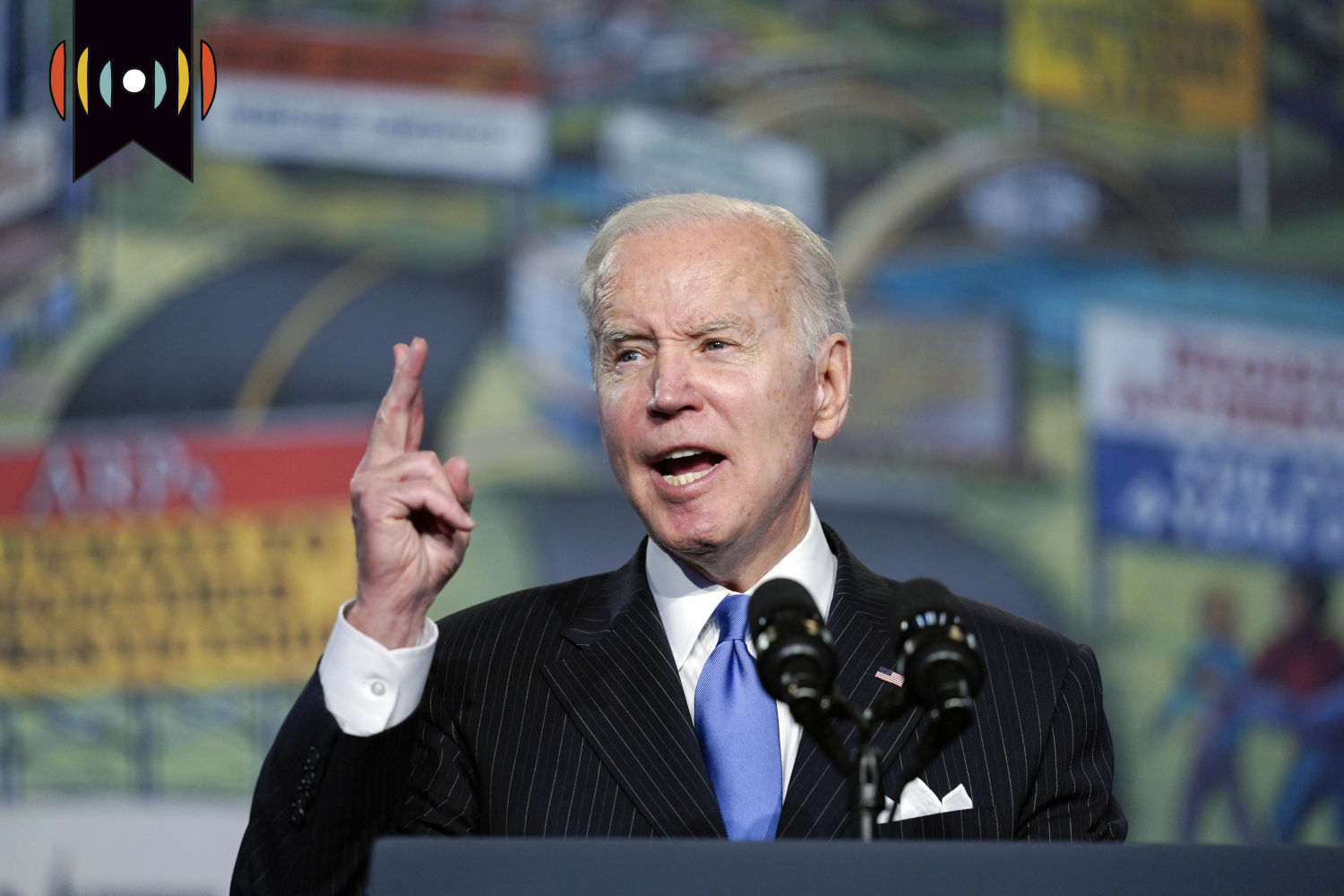 Economists fear possible recession as Fed prepares or another rate hike » A blinking red warning light, that’s how some economists now describe a certain number that could suggest a looming recession.

Yields on the 2-year Treasury note have surged past yields on 30-year bonds. Some experts say that phenomenon has predicted past recessions.

Stocks have tumbled in recent days as the Federal Reserve prepares to raise interest rates again this week. The Fed is aiming for a so-called “soft landing,” trying to corral soaring costs without triggering a recession. But many economists say it may be too late for that.

President Biden tackled inflation in a speech to labor unions on Tuesday, laying blame at the feet of Republicans.

BIDEN: The problem is Republicans in Congress are doing everything they can to stop my plans to bring down the costs on ordinary families. That’s why my plan is not finished and why the results aren’t finished either.

Biden heard there in Philadelphia speaking to the largest group of unions in the country.

That marks a dramatic change in his stance on the kingdom. As a candidate, he vowed to make the country a—quote—“pariah.”

But the White House says the president’s values have not shifted. Press Secretary Karine Jean-Pierre…

PIERRE: Human rights is always part of the conversation in our foreign engagement. So that will always be the case, regardless of who he is meeting with. We are not overlooking any conduct that happened before.

The president is looking to reset relations with the oil-rich kingdom at a time when he can use all the help he can get to bring down soaring gas prices.

Biden is tacking the visit onto the end of July trip to the Middle East. He’ll depart Washington four weeks from today, making stops in Israel and the West Bank.

Capitol riot panel postpones Wednesday hearing » The House committee investigating the Capitol riot postponed a hearing slated for this morning. It was supposed to feature testimony from former Justice Department officials about then-President Donald Trump’s claims that the election had been stolen.

AGUILAR: The hearing will be just postponed and moved to likely next week.

The panel cited “scheduling factors” and “availability of members and witnesses.”

The committee was already scheduled to reconvene tomorrow for another public hearing.

His announcement is a big boost for the Senate compromise.

Ten Democrats and 10 Republicans worked together to craft the framework for a final bill.

It would make the juvenile records of gun buyers under age 21 part of required background checks. It would also send money to states for mental health and school security programs and for incentives to enforce local so-called “red flag" laws.

KRISTEN FLAVIN, REPORTER: The House passed the security measure overwhelmingly, 396-27. All of the “no” votes came from Democrats.

The vote came one week after police arrested a man near Justice Brett Kavanaugh's house after he threatened to kill the justice. Threats to justices increased after someone leaked a draft court opinion that would overrule Roe v. Wade.

The Senate passed the bill unanimously last month, but it was delayed in the House. That as Democrats worked to broaden the measure to include protection for families of court employees.

The waters began to recede on Tuesday, but it is unclear how many tourists are stranded in the park or how many nearby residents have evacuated.

No injuries were immediately reported, but the flooding destroyed numerous homes and other structures in nearby communities.