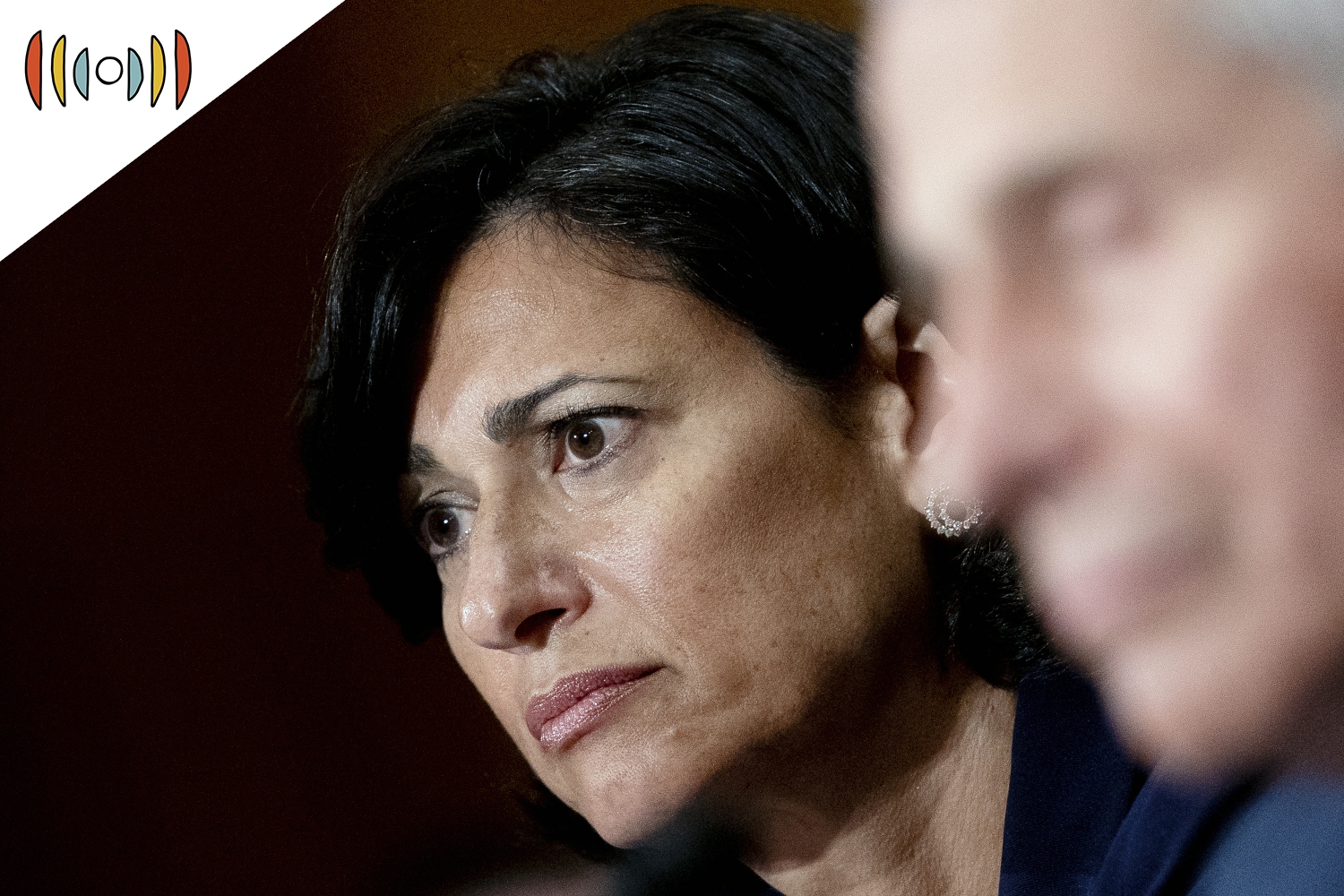 PSAKI: A fully vaccinated White House official tested positive for COVID-19 off campus. In accordance with our rigorous COVID-19 protocols, the official remains off campus as they wait for a confirmatory PCR test.

She said officials have conducted contact tracing interviews and have “determined no close contacts among White House principles or staff.

Five of those Texas lawmakers tested positive for COVID-19 over the weekend.

WALENSKY: The delta variant now represents 83 percent of sequenced cases. This is a dramatic increase, up from 50 percent the week of July 3rd.

The variant is also fueling an increase of so-called breakthrough infections—fully vaccinated people testing positive. But those who are vaccinated are still far less likely to contract COVID-19 and if they do, it’s likely to be less severe. The CDC stresses that almost all of those now hospitalized are unvaccinated.

New cases have tripled since late June, and hospitalizations have almost doubled.

The good news is that the number of deaths in the United States from COVID-19 has not increased substantially—up about 9 percent from early July.

KRISTEN FLAVIN, REPORTER: Canadian Prime Minister Justin Trudeau announced that vaccinated U.S. citizens can once again travel into the country, effective Aug. 9th. And it will allow travel from the rest of the world on Sept. 7th.

The White House says it will follow the guidance of medical experts in determining when to reopen the northern border.

Canada now leads G20 countries in vaccination rates. About 80 percent of eligible Canadians are vaccinated with their first dose and over 50 percent are fully vaccinated.

He was the second billionaire in a span of nine days to travel into space. Richard Branson crested the Earth’s atmosphere aboard his Virgin Galactic spacecraft last week.

Joining Bezos was a small, hand-picked group: his brother, an 18-year-old from the Netherlands, and an 82-year-old aviation pioneer from Texas.

His capsule touched down on the desert floor in remote West Texas Tuesday after the 10-minute flight.

BEZOS: What we’re doing is the first step of something big.

His upstart space tourism company plans to take many more people into space.

He called Tuesday's flight the “best day ever!”

The president honored Tom Brady and the rest of the Tampa Bay Buccaneers in a ceremony on the South Lawn.

BIDEN: In the middle of a long, dark winter, every Sunday people were able to sit down and watch you play. You created memories that helped folks make it through and believe that we could get back to normal again.

He added—quote—“This Buccaneer team is a testament to the fact that it’s never too late to come together and achieve extraordinary things.”

The Bucs defeated the Kansas City Chiefs 31-to-9 in Super Bowl 55.