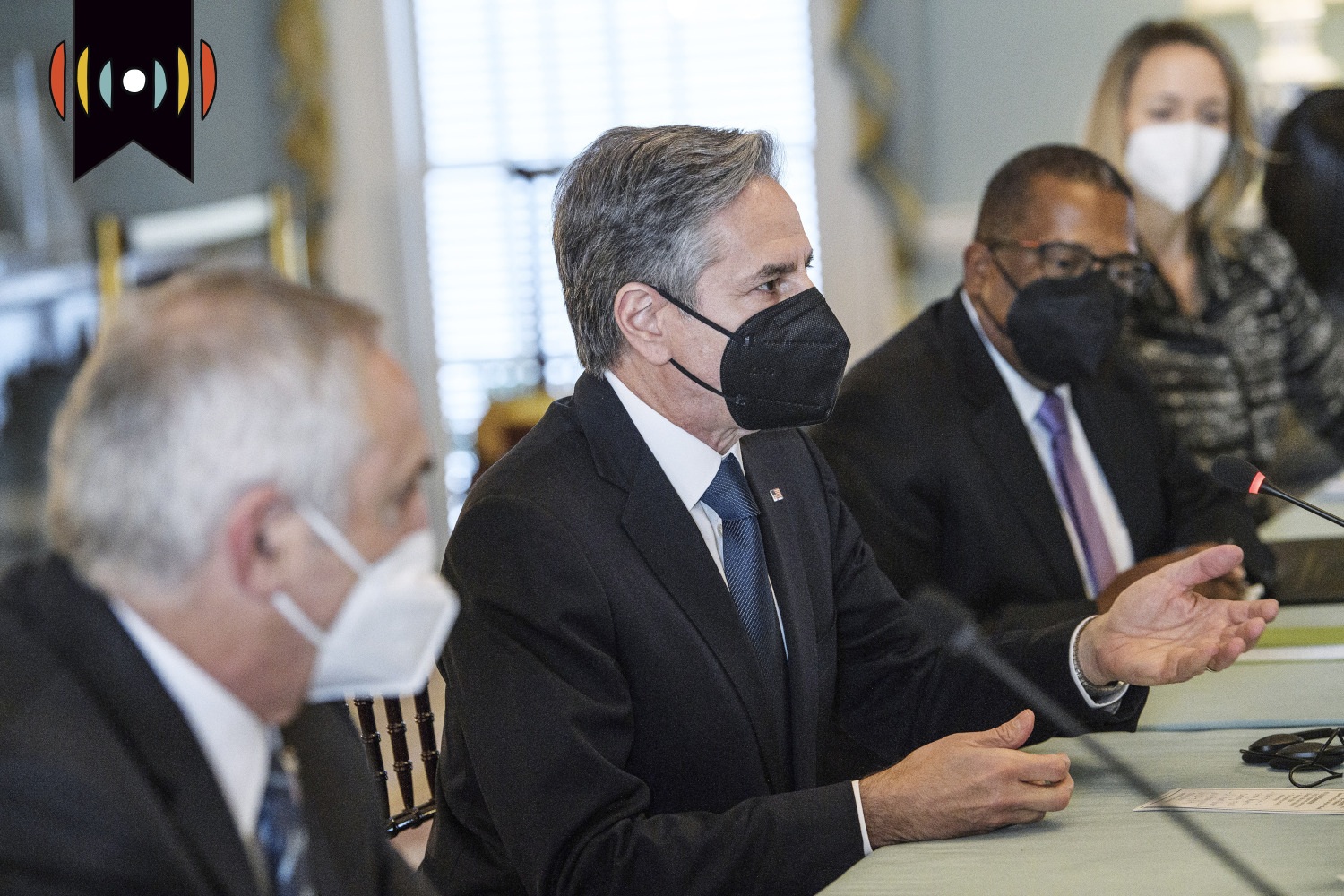 Those were the exact words of Press Secretary Jen Psaki Tuesday.

Secretary of State Tony Blinken is traveling to Ukraine today. He’ll meet with top Ukrainian and Russian leaders this week.

PSAKI: Our view is this is an extremely dangerous situation, and what Secretary Blinken is going to go do is highlight very clearly, there is a diplomatic path forward. It is the choice of President Putin and the Russians to make whether they are going to suffer severe economic consequences or not.

Russia has begun shifting an unspecified number of troops, along with fighter jets and other equipment, to Belarus supposedly for major war games. And that will put more Russian military assets on Ukraine’s doorstep on top of an estimated 100,000 troops, tanks, and heavy weapons already positioned near the Russia-Ukraine border.

STOLTENBERG: NATO allies call on Russia to de-escalate, and any further aggression will come with a high cost for Moscow.

Ukraine's Defense Ministry said Tuesday it has received a shipment of anti-tank weapons from the U.K.

AT&T, Verizon delaying some 5G after airlines raise alarms » Also on Tuesday, the White House reacted to news that AT&T and Verizon will delay launching new wireless service near some airports. That after major airlines warned the service would interfere with aircraft technology and cause massive flight disruptions.

Airlines want the new service to be banned within two miles of airport runways.

AT&T said it would delay turning on new 5G cell towers around runways at some airports and work with federal regulators to settle the dispute.

PSAKI: We certainly understand what’s at stake for both industries. We are actively engaged with the FAA, FCC, wireless carriers, airlines, and aviation equipment manufacturers to reach a solution.

Verizon said it will launch its 5G network but added, “we have voluntarily decided to limit our 5G network around airports." It blamed airlines and the FAA, saying they “have not been able to fully resolve navigating 5G around airports” although it is working in more than 40 countries.

U.S. faces wave of omicron deaths in coming weeks, models say » A rising number of Americans are dying of COVID-19 amid the omicron wave. The U.S. death rate has roughly doubled since late November, and researchers say things could get worse before they get better. WORLD’s Anna Johansen Brown has more.

That’s still well below the daily peak of 3,300 one year ago. But modelers now forecast that at least 50,000 more Americans could die by the time the omicron wave subsides in mid-March.

Katriona Shea of Pennsylvania State University leads a team that pulls together several pandemic models and projections. She said “Overall, you’re going to see more sick people even if you as an individual have a lower chance of being sick.”

But what omicron lacks in severity, it makes up for with its remarkable infectiousness. That variant now accounts for 99.5 percent of U.S. cases.

The all-cash deal will turn Microsoft, maker of the Xbox gaming console, into one of the world's largest video game companies. It will also help it compete with tech rivals such as Meta, formerly Facebook, in creating new immersive virtual worlds.

If the deal survives scrutiny from U.S. and European regulators, it would be one of the biggest tech acquisitions in history.

KRISTEN FLAVIN, REPORTER: UN Secretary-General Antonio Guterres said he is “gravely concerned” about “violations of the human rights of migrants, refugees and asylum seekers in Libya.”

He said in a new report that those groups face heightened risks of rape, sexual harassment, and trafficking by armed groups,” and even by some Libyan government officials.

The report states that, officially, more than 12,000 people are locked up in detention facilities in Libya. But thousands more are held illegally and often in “inhumane conditions in facilities controlled by armed groups or ‘secret’ facilities.”

The North African country is a major transit point for migrants fleeing Africa or the Middle East for Europe.

Traffickers often pack desperate families into dangerous rubber or wooden boats that stall and founder along the Mediterranean route.

Guterres said many of those rescued or intercepted trying to cross the Mediterranean and returned to Libya wind up in inhumane detention centers.