Nancy Pelosi continues her Asia tour in Taiwan, the U.S. government says the Taliban has grossly violated its promise not to shelter terrorists, the Senate passed a bill last night enhancing healthcare and disability benefits for veterans, inflation continues to weigh on the economy, many communities in Kentucky are without power as temperatures rise 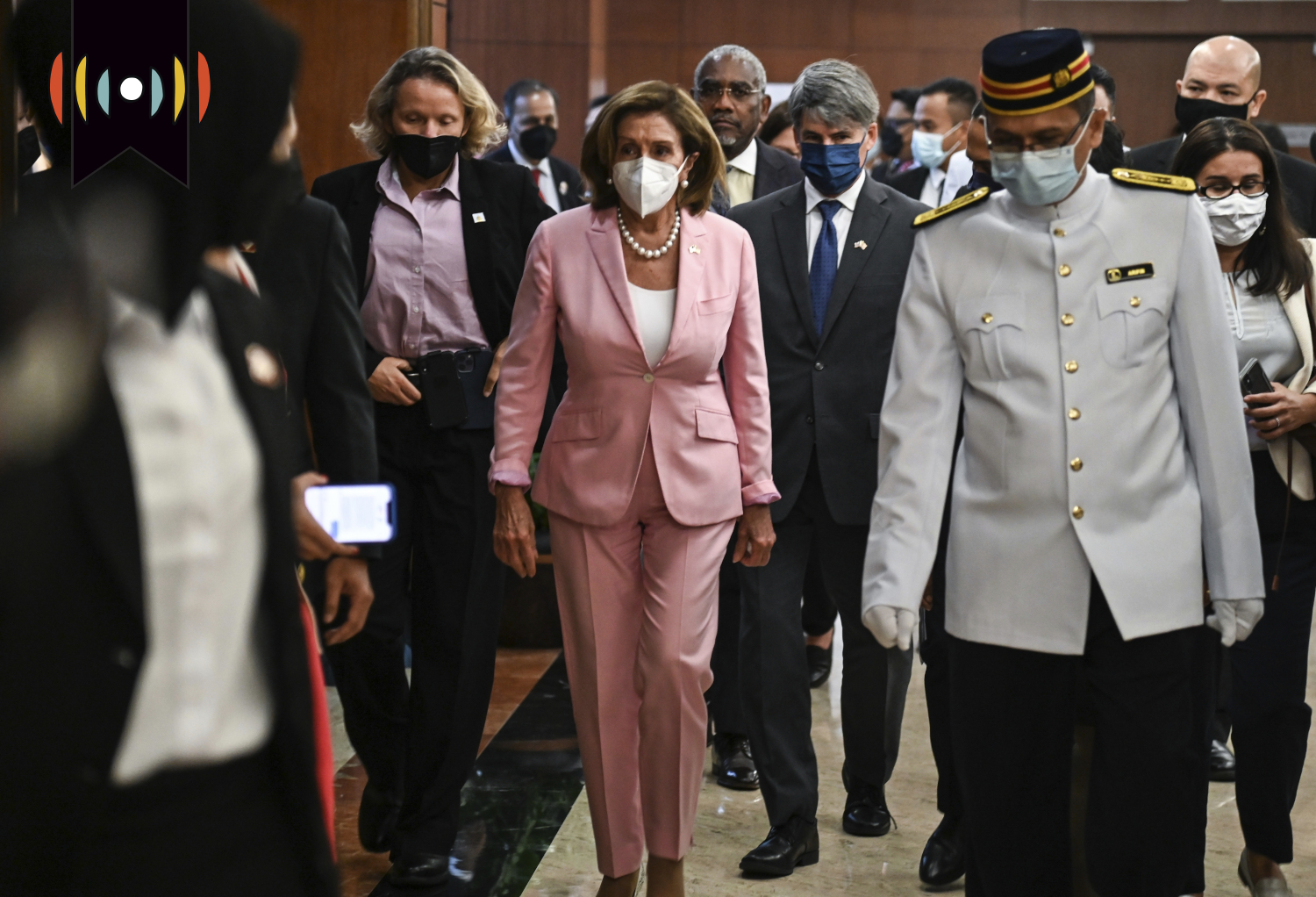 Her plane touched down under cover of darkness Tuesday night in Taipei … where she was greeted with cheers.

She is the highest-ranking American official to visit Taiwan in 25 years.

China views the island as part of its territory and objects to any high-level U.S. visits there. But back in Washington, lawmakers on both sides of the aisle expressed support for the speaker.

GOP Sen. Roy Blunt says he doesn’t agree with Pelosi on much, but…

BLUNT: So I’m about to use four words in a row that I haven’t used in this way before, and those four words are: Speaker Pelosi was right.

Beijing vowed to retaliate if Pelosi visited Taiwan. And in response to her arrival, China responded by announcing live-fire military drills in the Taiwan Strait from Thursday through Sunday.

KIRBY: There’s no reason, no justification whatsoever for the tensions to ramp up more than they already are.

He said the United States will not return China’s threats or participate in saber rattling.

US says Taliban violated agreement by hosting al-Qaeda » The U.S. government says the Taliban has grossly violated its promise not to shelter terrorists. That after U.S. Hellfire missiles killed Al-Qaeda leader Ayman al-Zawahri in the country’s capital over the weekend.

WALTZ: Al Qaeda is clearly back in Afghanistan just like they were pre 911 And not only were they back he was staying in the guest house of the Taliban’s interior minister.

The Taliban promised in 2020 not to harbor terrorists.

Critics of the US withdrawal from Afghanistan say this broken promise was entirely predictable.

Senate passes burn pit bill » AUDIO: On this vote, the yeas are 86. The nays are 11. The motion is agreed to.

The Senate passed a bill last night enhancing healthcare and disability benefits for veterans exposed to toxic burn pits near US military bases.

SCHUMER: Today we tell our veterans suffering from cancers, lung diseases, other ailments from burn pits, the wait is over for the benefits you deserve.

Some Republicans blocked the legislation temporarily last week over what they said was a costly and unrelated spending measure Democrats had slipped into the bill. They pushed an amendment to remove that provision. But Sen. Tom Cotton said …

COTTON: If the Toomey amendment fails, I will still vote on passage of this bill. I think the vast majority of Republicans will do so as well.

It did fail, and as Cotton predicted, most Republicans still backed it.

The legislation directs the VA to presume that certain illnesses were related to burn pit exposure rather than veterans having to prove causation.

The bill now heads to the president’s desk. He is expected to sign it into law.

Job openings dipped in June » Businesses are hanging fewer ‘help wanted’ signs in their windows as inflation continues to weigh on the economy. WORLD’s Josh Schumacher has more.

JOSH SCHUMACHER, REPORTER: The Labor Department said Tuesday that while job openings remain high, they dipped by about half a million in June.

From December to May, employers consistently posted more than 11 million job openings each month. June was the first month under that benchmark this year, at 10.7 million openings.

The number of Americans quitting their jobs fell slightly and layoffs dropped from 1.4 million in May to 1.3 million in June.

The Labor Dept. expects that when it analyzes the July data, it will find that job openings ticked upward again by roughly quarter of a million.

KY flooding recedes, heat sets in » Just as the rain finally lets up in Kentucky, here comes the heat.

BESHEAR: It’s going to get really, really hot. And that’s going to be our new weather challenge.

That will leave many communities still without power baking in the sun with temperatures likely to reach the mid-90s in parts of eastern Kentucky today.

Nearly 10,000 customers still have no electricity. Authorities are setting up cooling stations in the affected areas.

Beshear said the flooding has caused hundreds of millions of dollars in damage.

BESHEAR: It's going to take years to rebuild. People left with absolutely nothing. Homes that we don’t know where they are, just entirely gone.

At least 37 people have died, but that number is expected to rise sharply with many still unaccounted for.