Washington Wednesday: The Republican agenda in the House

WORLD Radio - Washington Wednesday: The Republican agenda in the House

With a newly gained majority in the House, what will Republicans make their top priority? 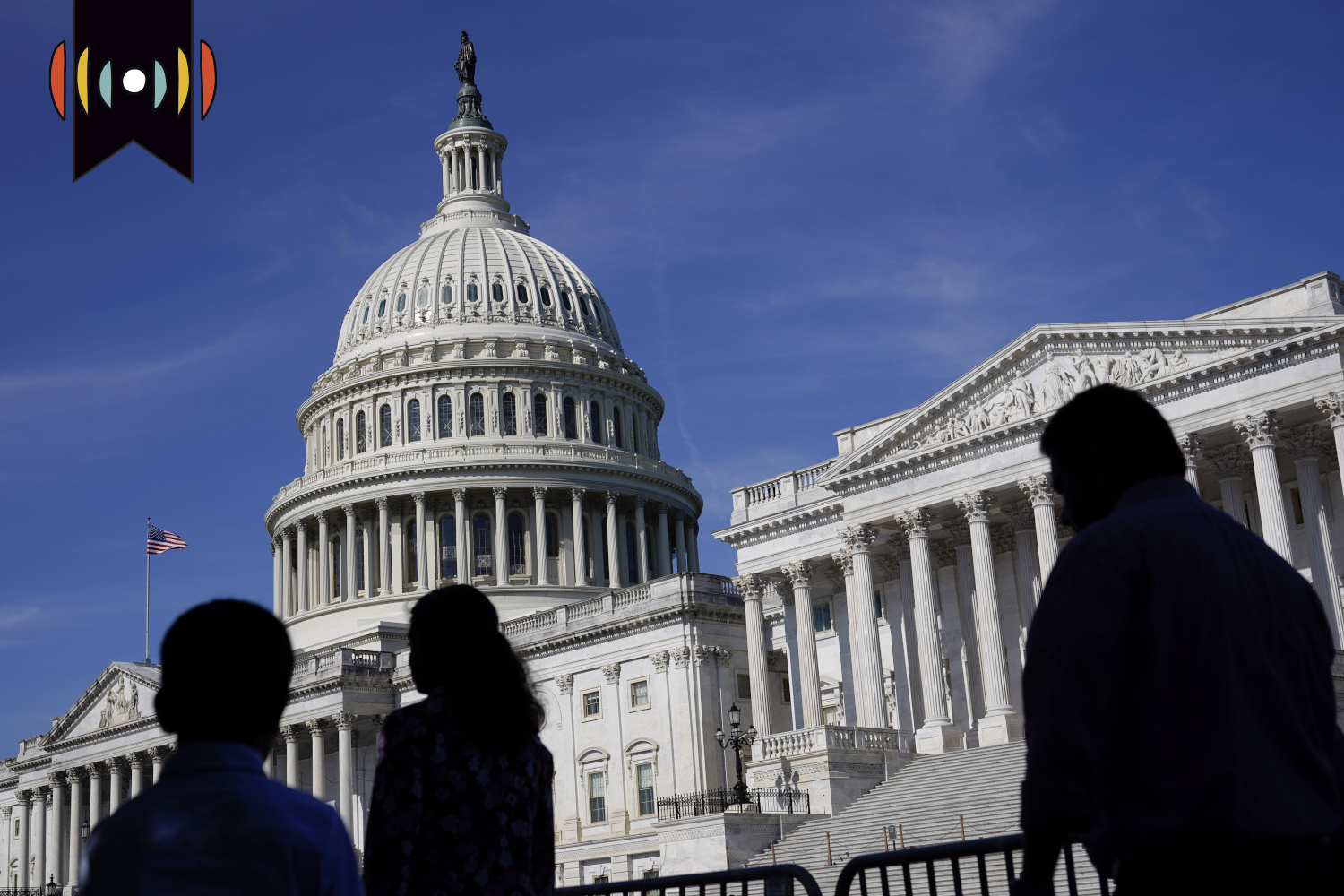 MARY REICHARD, HOST: It’s Wednesday, November 23rd, 2022. Glad to have you along for today’s edition of The World and Everything in It. Good morning, I’m Mary Reichard.

NICK EICHER, HOST: And I’m Nick Eicher. It’s time for Washington Wednesday. Today, a preview of the GOP agenda for the 118th Congress.

After Republicans reclaimed control of the House, leaders promised major changes. But their majority will be a slim one, and Democrats do retain control of the Senate. So how much can a GOP-led House accomplish and what can we expect?

Joining us now with answers is Marc Clauson. He is a professor of History and Law at Cedarville University.

MARC CLAUSON, GUEST: Thank you. Good to be with you.

REICHARD: Well, Marc, I want to first ask you about who will be leading Republicans in the next Congress. GOP lawmakers voted to nominate Minority Leader Kevin McCarthy to take over a speaker of the House.

But he still faces a vote in the full House and there’s some speculation that there may be enough Republicans opposed to McCarthy to deny him the gavel. How do you see that playing out?

CLAUSON: Well, I think it's still highly likely that he is elected as speaker. Now it's true, he has a pretty slim margin to work with and if a couple of Republicans peeled off, or three peeled off and voted against him along with all the Democrats who will undoubtedly vote against him, then he could lose. But I don't expect that to happen. It normally doesn't. And in fact, the mere nomination seems to suggest that he's going to be the next speaker to me at least.

REICHARD: So assuming McCarthy does become the next speaker, he’s vowed to remove a few controversial Democrats from key committees. What can you tell us about that?

CLAUSON: Well, that actually happens anytime that the House changes parties. The majority party will decide that they don't want certain people on their committees or certain people as chairs of their committees, and they have the authority to do that under the rules of the House. Now, they can't go infinitely. They still have to have members of both parties, according to the rules of the House. But they still can remove members of those committees from them, if they so vote to do that.

REICHARD: Okay, so again, when Republicans reclaim the majority in January, their majority will be a slim one. But Republicans have promised investigations into many different matters, including the business dealings of the president’s son, Hunter Biden and alleged FBI corruption. What do you expect there?

CLAUSON: Well, I think here’s where you get down to brass tacks. I think that the Republicans have to be really careful in their investigations. If they choose a person or an issue that doesn't resonate with the American people, it might hurt them in the run up to the next election. It also would garner a lot of bad publicity for them. So for example, and this may be my own opinion on this, but perhaps they might choose to investigate Hunter Biden's laptop issue. Okay, that's something to be done in the future, but if they did it now, I would suspect that they would come under a bit of fire from both sides in saying, look, you need to be focusing on the more important issues that resonate with the American people: the border crisis, the Justice Department, energy issues, all that kind of thing, actual issues, rather than getting into the personal issues of Hunter Biden now. If you want to do that later, then maybe later after you've cleared away all the other issues, but not right now, I would say.

REICHARD: Republicans have also promised more oversight of the Biden administration agenda in general and to rein in spending. Tell us what their powers will be in that regard as they reclaim the majority.

CLAUSON: Well, the major power they have—and this is crucial power—is they have the power of the purse. All spending measures start in the House of the House can refuse any spending measures and that will put a damper on any spending that is going to have to be approved during the next two years. Beyond that, however, they have the oversight role. That is, their committees can exercise oversight over various agencies and their actions. But can they actually force agencies to listen to what they say? The answer there is no, because the president has the direct power or authority over those agencies. So they’re not gonna be able to do much there. Furthermore, I don't think they're going to be able to accomplish much in the way of any legislation of any importance. They might be able to do the usual things like declare a day, special day or something like this. They do that all the time. But when it comes to real issues, such as, again, dealing with the border crisis, with the energy problems with the Justice Department and so forth, there's virtually nothing that can do, because the Senate will simply say no, even if all the Republicans agreed in the House. So with the Senate controlled by the Democrats, I think it's pretty much a no-go from almost all legislation.

REICHARD: During their campaigns, many House Republicans talked about addressing issues like rising crime and securing the southern border. But how much can they really do without the Senate or the white House?

CLAUSON: Like I say, they can’t really do a whole lot. Now they can withhold money, but they can't actually spend money, because even if they approve a spending measure, it has to go to the Senate. And so you still have to have a vote. If the Democrats say no, then they can stymie the Republicans in the House. Now, one thing they can do, for example, crime. They can make it a very public issue out of it in their committees and subcommittees. And hopefully, by doing that they'll get enough publicity that the American people can get an idea of what's really happening. Same way with the border crisis, same way with energy. Now, on that end, you’ve got to be careful because will you get the publicity you want from the media. And if the media tends to lean left, then the media is not going to report that at all or not report it favorably. So, even there, they may be stymied. So there's not a whole lot they can do. Now, they can keep things from being done, but they can't really do very much.

REICHARD: Marc, do you think there will continue to be robust support for Ukraine in the war against Russia when Republicans take the lead in the House?

CLAUSON: I think pretty much so. I haven't seen a whole lot of opposition. There's been some opposition to the war, but I don't think you’ll see significant opposition to the war. Now, they might want to appropriate less money to Ukraine. That's possible. But even there, I tend to think that they'll continue to escalate the help that they give to Ukraine, within limits. They're not going to go beyond a certain point, I don't think, to appropriate money or vote for appropriating money, but I think they will continue to support Ukraine.

REICHARD: Let’s move to the upper chamber for a moment and let me ask you a Senate-related question. There is one seat still to be decided in Georgia’s runoff. But Democrats already have 50 seats and the tie-breaking vote of course is in the person of Vice President Kamala Harris.
So what is the significance of this Georgia Senate seat? How important is it for Republicans to claim it or for Democrats to hold it?

CLAUSON: Well, to use an interesting example, the difference is Joe Manchin to take but one. He's a Democrat, obviously. But he's a Democrat who can throw a fly in the ointment of the Democrats’ policy proposals and laws. Which means that if anything's proposed that he doesn't like he can go with the Republicans and the tie vote is not going to work. The tie vote breaker isn't going to work. Now, again, will it make any difference if the Senate doesn't pass it because the House wouldn't have passed it anyway? That's probably the case. But still it does give the Senate some ability to keep the Democrats from doing what they want to do even if they can't accomplish it by way of the House, they can still stop it in the Senate itself. So it does make a difference. And it made a difference even before the Republicans took the House, because in several legislative measures, Joe Manchin said no, I'm not going to go there. I'm not going with you. And the Democrats couldn't get the laws passed.

REICHARD: We’ve been talking with Professor Marc Clauson. Professor, thanks so much!

CLAUSON: Thank you. Good to be with you.