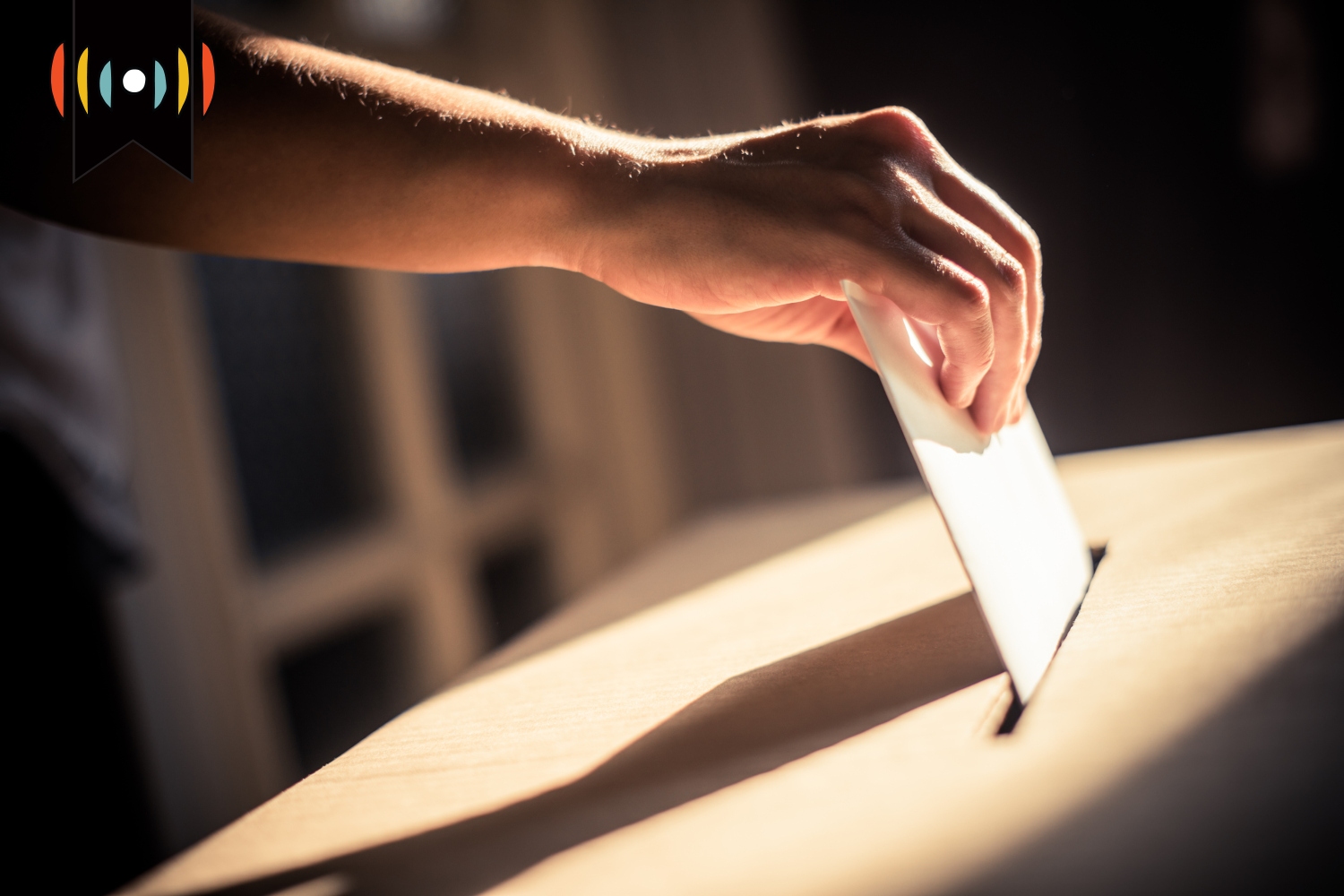 Senate Democrats as well as a bipartisan group are considering updating the Electoral Count Act of 1887 to change the way we certify elections. This, in the wake of the 2020 election when then President Trump wanted then Vice President Mike Pence to throw out results from states Trump still claims he lost by fraud.

The effort to reform the law is ostensibly to prevent future squabbles.

REICHARD: Joining us now to talk about all this is John Fortier. He’s a senior fellow at the American Enterprise Institute where he focuses on Congress and all things elections, including the Electoral College. Good morning!

REICHARD: Let’s start with a refresher on what the Constitution says about the election certification process.

FORTIER: Well, there's a lot that goes on after the November election. And I think that's what we're trying to reform. The people vote in November. And then of course, the states have to resolve their elections if they have recounts or counts and, and ultimately, they appoint people who are the presidential electors. Those people vote in December, and they're in their state capitals. And then ultimately, the results of those votes, not the people's votes, but the electors' votes, are presented to a joint session of Congress on January 6th, where the vice president sits, presiding over a session with both the House and the Senate. And those votes are counted. And usually it's very uncontroversial. And you have a majority of electors and you elect the President of the United States at that point who takes office on January 20.

REICHARD: So Congress adopted the Electoral Count Act in 1887 as we say. What does it say, specifically related to what caused the dispute over the last certification process?

FORTIER: Well, first, I think it's helpful to think about why it passed that particular law in the first place. There had been other laws like it in previous times, but our worst election ever and certainly much worse than our last election was the 1876 election. And that was an election where essentially, a number of states—this is after the Civil War, states are coming back in—had dueling results. The States essentially almost had two different claimants to state governments. And one side said no, we're appointing these electors. The Republican electors were going to vote for Rutherford B. Hayes, and another institution said, no, no, we're appointing these other electors who voted for Samuel Tilden. With a divide in Congress, Republicans controlling one house and Democrats controlling the other, when they got to the point of counting those votes, they couldn't agree. And they went all the way up almost to Inauguration Day, which back in those days was in March, without really having a result. They didn't agree on who had been elected the president of the United States. Ultimately, just a day or two before they, after a number of mechanisms, agreed to Rutherford B. Hayes becoming the president. But after that, they said we want to see if we can improve that process. It took them over 10 years to actually pass a law to improve it, because it's a difficult, complicated set of actors out there. But this law does provide for when the electors are meeting. It has some rules about Congress and what it's supposed to do when counting electors, but it's a little confusing.

There certainly was a lot of talk in this last election about the role of the Vice President, which I think is really pretty minimal. But the act, at least describes some of the things the Vice President does. So this act is in the background, but nobody thinks it was very well written. So it could use some updating, and we're starting that process of doing it.

MR: Two groups of lawmakers are proposing these changes. One proposal is coming from Democrats. The other from a bipartisan group. We’ll talk about the pros and cons in a moment, but I’m wondering where do the proposals overlap and how do they differ?

FORTIER: Well, I think there there is one area where I think there's broad agreement both in those those laws and generally and that is, on January 6, as we saw last election, but also, in some prior ones in the 2000s and 2016, it's very easy for Congress to raise objections to a set of electors. And really, I mean, 1876 was a crazy time where there were two sets of electors. We don't have that in today's world. We've really had just one slate of electors right before the Congress. And, and still people objecting to it. And it's so easy that really one House member and one Senator can agree to an objection and then the House and Senate have to split into their own bodies, they have to consider the objection. Now, they didn't agree to the objection. But I think that's one area where everybody thinks there's no reason why it should be so easy. If a large fraction of Congress, maybe even a majority of Congress, but a third is in some of the bills, would agree to an objection, then maybe there's a serious objection we should hear. But I think one of the big things that's common is that we should basically be very suspect of objections, unless lots of Congress wants to object and hear these objections, then we shouldn't make it easy on them. And I think that's the biggest thing that's similar in the approaches, what we've seen so far.

REICHARD: Ok. So let’s talk now about those pros and cons. Do these proposals fix a real problem or will they potentially create new problems?

FORTIER: Well, I do think there's one direction that the Democrats bill, again, draft form, takes that is a very particular avenue that they're going down. And that is that they're really involving the courts much more at an early stage. I think it is true that we should not have a lot of different claimants to who's the who's the elector. We shouldn't have controversy after all the recounts are done after those electors are appointed. But that bill really brings the courts to a very early stage. And I think one of the things that's in the Constitution that's a little hard to get around and was hard when we passed that original law is, the Constitution gives a lot of leeway to the states themselves and to the state legislatures, as to how to run elections and to determine them. And I think this this ability to give the courts, uh, both state and then federal court as well, a real strong role in determining how a state outcome of the election is, I think is going to be controversial for both sides, and I think will also be for the Republican side, and I think will also be somewhat questionable, constitutionally, whether they can limit the states as much as this this law says.

REICHARD: John, you’ve thought about the electoral college more than the average person has. So I wanted to ask you: If you were going to draft changes to the Electoral Count Act, how would you do it?

FORTIER: Well, I do think there's some changes we should make. But I guess I'm more of a minimalist, and I think we shouldn't try to fix all of the problems. I think the provision that makes it much harder for Congress to raise an objection makes sense. If a majority of each body or some large fraction of each party wants to consider an objection, fine. But just one member of each, that doesn't that doesn't make a lot of sense. I think it's also helpful to remind people that the Vice President's role is not very strong. That was obviously a controversy last time. And you know, I don't think that's unclear now, in the current law. It doesn't, the Vice President just presides over the Congress. He doesn't or she doesn't decide for the Congress. And I think that's a role that Congress is going to be more important than the vice president over it. But I think, restating that make some sense. I do think we should also just be clear that we should resolve those elections in December. We had some concern that later on a set of electors might be brought in at a later date and say, no, these were the real electors. We've learned some new information. There's a very firm date when those electors meet in December it's in the law now it can be changed a little bit. But once those electors meet it, you know, what happened in the state and the votes of the state doesn't matter. We have six weeks or so to resolve the votes that were taking place in the state. Have recounts, have legal challenges. But to say that there's a finite end to that and say, at that point, we really have to say, the states have decided. The election is over there. And we've appointed electors. And then Congress's role is really a little bit more about, was there some problem with those electors? Not was there a problem back in the counting of the votes of the state. I think those are the types of things that would help. But they wouldn't deal with every situation. There can be some very complicated situations, which I think it is very hard for us in a law to say this is the answer. And that actors would all take that seriously at the end. So minimal, several points would help a lot. But we don't have to fix everything.

REICHARD: Guiding principles is what we’re after. Now for the biggest question: What are the chances any of these proposals can get through Congress?

FORTIER: Well, I do think there's been a lot of goodwill talk on both sides that despite all the differences over some of the larger election reform matters that were put before Congress, that these types of things do need to get done. Now, we do have some difference of opinion already on what to do. And I think that's going to make it more difficult in the details. It's not easy to imagine that this is going to be fixed in a week or two weeks. But I do think we're at the beginning of a process where both sides and both the House and the Senate have the will to do something about this. Again, I think a somewhat more minimalist approach and getting something improved would be a good thing. And maybe that's how it's going to end up. But I do think that there is the possibility of goodwill on both sides for getting something in this area done, which would at least improve that process, if not completely fix it.

REICHARD: John Fortier is an elections expert at the American Enterprise Institute. John, thank you.