Once reliably conservative, the suburbs are increasingly going for Democrats 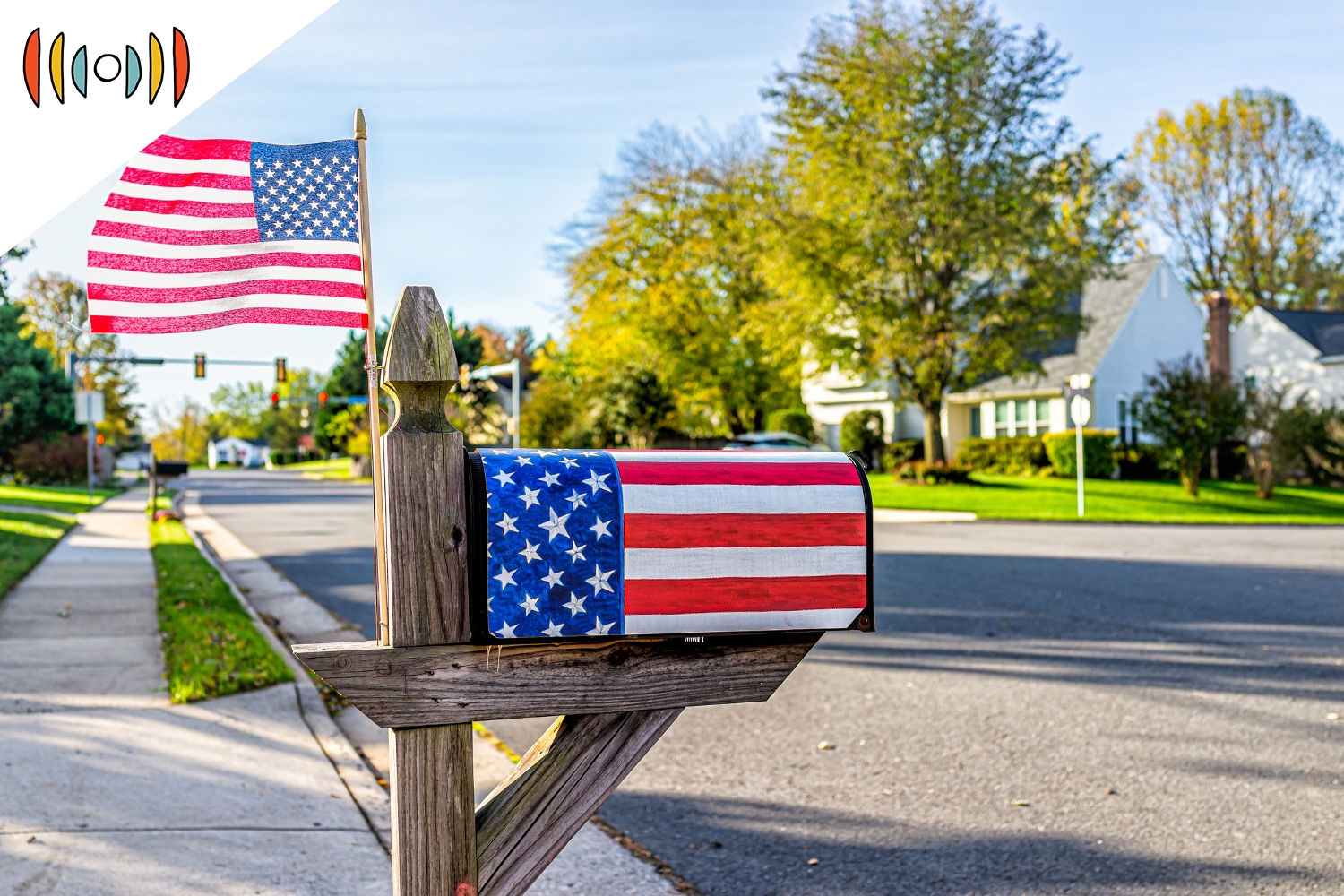 First up on The World and Everything in It: the GOP’s suburban dilemma.

For some time now, the Republican party has outperformed Democrats in rural America while Democrats fare better with voters in large cities.

More and more, the battle is for the hearts and minds of voters in the suburbs. And in the 2020 election, Democrats won that suburban battle in some surprising places.

Around Atlanta, for instance, some areas that typically tilt Republican instead tilted the race to President Biden and Democratic candidates for the U.S. Senate.

REICHARD: So what does a changing political landscape mean for Republicans going forward?

Joining us now with more insight is Sean Trende. He recently wrote a report on changing behavior called The GOP’s Suburban Dilemma.

Sean is a fellow at the American Enterprise Institute. He is also the senior elections analyst for RealClearPolitics. And he is the author of The Lost Majority: Why the Future of Government Is Up for Grabs and Who Will Take It.

REICHARD: You write that “for years, Republicans thought of their party as a three-legged stool, joining social, economic, and foreign policy conservatives.” But you say there’s another way to look at it. How’s that?

TRENDE: We can look at party coalitions in a variety of ways, the kind of ideological one that you just described is one of them, perhaps the most commonplace of them. But another way of looking at them, and kind of how I tend to look at them in my work, is geographic or demographic coalitions. You'll hear people talk about it, you know, African Americans are in the Democratic Party. And traditionally, college educated white voters were in the Republican Party. But you can also think of it in geographic terms, which is how I tend to look at it in this paper.

REICHARD: You make the point in that paper that Bill Clinton really began pushing suburbanites into the Democratic Party and that created a new dynamic in American politics. Elaborate on that, if you would.

TRENDE: Yeah, Bill Clinton is kind of, in a lot of ways an overlooked president. Especially during his presidency, he was kind of dismissed. He never won a majority of the popular vote though a lot of that's due to Ross Perot's presence. But he really played a big role in bringing over these suburban voters who—or starting to bring over these suburban voters who—had been a foundation of the Republican Party throughout the post-war years, you know, the Republicans had won seven of 10 presidential elections from 1952 to 1988, and had won six of those in landslides — in large part because of their strength in suburbs. And Bill Clinton's formula, of kind of moderation on economic issues and, you know, taking some of the sharper edges off of the the Democrats'  position on social issues, really played a big role in bringing those suburbanites over, especially in the north and remade the politics of this country in many ways in the process.

REICHARD: So that’s the history of Democrats. You say that Donald Trump’s ascension in the GOP helps the party in certain states but hurts them in others. Why is that?

TRENDE: Well, so Donald Trump is in a lot of ways a counter move to Bill Clinton on the part of Republicans. Republicans looked at these suburbs, especially in the north that were kind of drifting away from them. You know, you can look at states like New Jersey and New Hampshire that were heavily Republican or swing states in 1988. And by 1996, they're just not because of the movement in the suburbs. So Donald Trump, in turn, has a strong appeal to working class white voters and rural voters; brings those over. And so in some states, states like Ohio, where I live, that really benefits Republicans because there are a lot of voters that live in rural and small town Ohio. And we don't have a big city like New York or San Francisco or Houston. In a state like Texas, on the other hand, where you know, almost all the vote is cast in large cities or in mega cities like Dallas or Houston. It's more harmful to Republicans because they can't afford to lose those voters in those states.

REICHARD: It’s not clear yet that we are in the post-Trump era. Former President Trump might make another White House run. But whether that’s now or in the future, what will the post-Trump Republican party look like?

TRENDE: Well, that's a really good question. So there's two schools of thought on that. The first school of thought is that the politics sort of revert to their original factory settings, if you will. The suburbs move back towards the Republicans, and so states like Georgia and Texas aren't as competitive as they were during the Trump years. Maybe Ohio and Wisconsin become, you know, Ohio moves towards the center. Wisconsin becomes, you know, more blue again. I'm not sure that—that's kind of a tempting way to look at it, but I'm not sure that's the best way to look at it. You look at things like the Georgia special elections for the Senate where the Democrats won both of those. And, you know, those were held after, you know, almost two months after election day. So, I don't know, I tend to think Trump acted as an accelerant, that these trends are long standing in American politics, and that we're likely to see our future elections look a lot like 16 and 20, if not even more so.

REICHARD: How does everything we’ve talked about here play into next year’s elections? What do Republican candidates need to understand about the makeup of the party now and the electorate in 2022?

TRENDE: You know, I think one thing Republican candidates need to understand—well, there's kind of two things. I think they need to understand that they have a tightrope to walk. Trump spoke to some unaddressed needs of a lot of American voters in a way that no one had spoken to them in quite some time. Perhaps even going back to when Ross Perot ran in ‘92 and ‘96. And so on some of these things like trade, immigration, you know, things where I actually tend to be more towards the traditional GOP mainstream. But, you know, the Republican Party has done a poor job selling that to a lot of American workers. At the same time, you know, they need to understand that Trump really did hurt them in a lot of suburban areas. And so the key for the GOP going forward, I think, is trying to figure out what Trumpism without Trump looks like. You know, trying to figure out what they need to keep what parts really do improve their brand in and expand their reach, and what parts are more—what parts are really kind of driving suburbanites in a way that is unhealthy for the party.

REICHARD: Well, that was my final question. What is the divide between urban and rural? Why such differences in political desires and interests?

TRENDE: Part of it I think it's just it's just lifestyle. A lot of people—and I'm someone who grew up with a foot in kind of both camps. I lived in a place that wasn't really rural but was rural adjacent in Oklahoma growing up. And so I think a lot of people, especially younger people who live in cities are, you know, they're kind of transient. They aren't rooted in places much, you know. They live in a city and then they move to another city. They can kind of pick up. Whereas if you have people who live in rural areas, community a lot of times is all they have holding them together. They know everyone in the small town. And that translates to how you think about things like a factory closure. You know, if you're young, and in a city jobs come and go, you might transfer jobs, you know, 15 times. In a place like DC, I mean, it's almost unusual to have a job or a job title for more than two or three years, at least when I was there and was young. Whereas if you live in a rural area, you kind of grew up or a small town that had a factory that everyone had worked at for 20 years, you tend to view trade and job closures and job loss a little differently. You know, creative destruction has its winners and it's losers. And that's I think one of the lessons we've kind of had to come to terms with over the last 20 years. I think there's a whole lot more we could go on for hours about the role of faith, family, things like that, but but I think it's, suffice it to say, the lifestyles really are different and that matters in politics.

MR: Okay, Sean Trende has been our guest today. You can find his work at AEI.org and RealClearPolitics.com.