Even though the election is still two years away, potential contenders are already lining up 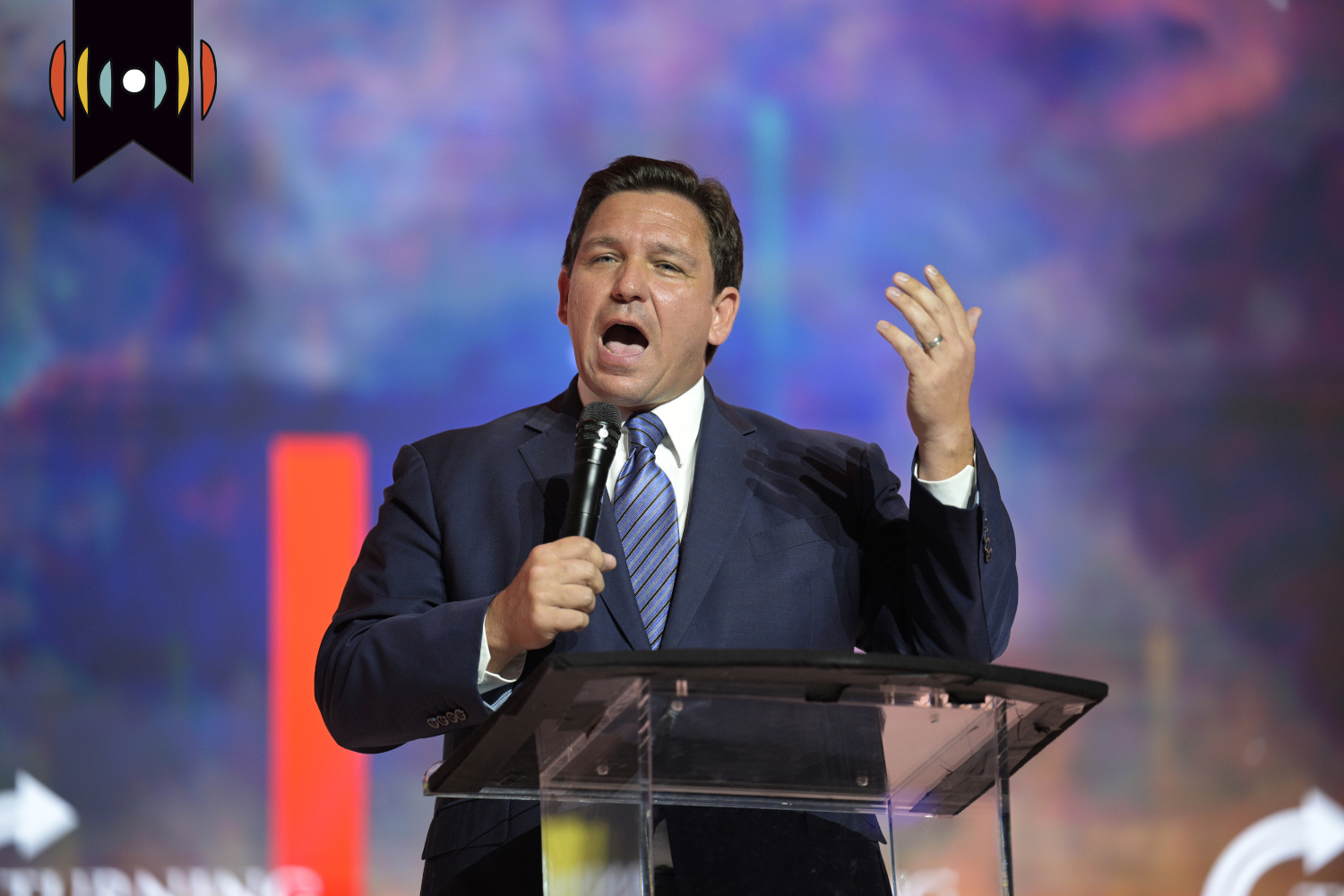 Thank you for listening to today’s edition of The World and Everything in It. Good morning, I’m Nick Eicher.

Today, gearing up for the 2024 presidential campaign.

On Tuesday, former President Trump and former Vice President Mike Pence each delivered speeches in Washington. Both are among the Republicans who appear interested in challenging President Biden two years from now.

EICHER: President Biden says he has every intention of running again. But Biden will turn 80 years old later this year, and some analysts feel it's far from a sure thing that he’ll seek a second term. And that has some potential Democratic contenders putting out feelers about a possible White House run.

Well, joining us now to talk about it is Kyle Kondik. He is an elections analyst and director of communications at the University of Virginia’s Center for Politics.

REICHARD: Well let’s start with President Biden. Even if he doesn’t plan to run for reelection, politically speaking, he can’t say that out loud. And he’ll be facing some considerable headwinds, beginning with his age. He’ll turn 82 just days after the next presidential election. And his approval rating is mired well below 40 percent right now.

Do Democratic leaders truly expect him to run again, and what do you make of his chances if he does?

KONDIK: Look, I think that, you know, any sitting president will want to keep their cards close to their vest because once they say they're not running again, they're sort of a lame duck. It's been a long time since a president voluntarily decided not to run for another term when they were eligible to run for another term. So, I mean, but I can also understand why some Democrats are concerned about Biden, given that his numbers are poor. He does show his age. I think there are maybe some theories about his health that I don't really want to speculate on. But, look, I mean, he's never been the smoothest politician. And as he approaches 80, I think he's probably getting a little less smooth over time.

But you know, that that also could have the effect of basically freezing the field, in that if he doesn't make his intentions clear until the middle of next year or even later, then, I don't know if there are a lot of Democrats who actually want to run against Biden, even though they're concerned that if he's the nominee again, that he very well could lose. I would say, though, that whatever Biden’s standing is right now, it's not necessarily predictive of what his standing will be in the future. And also, you know, presidential elections are not referendums. They’re choices. Midterms are often referendums. But presidential elections are choices. And Biden won't be compared to a generic alternative, he'll be compared to whoever the Republicans decide to put up.

REICHARD: Do you think the president will face pressure from within the party to step aside and make way for a fresh face?

KONDIK: Again, I think it sort of depends on what happens in the midterm and what happens moving forward here. If Biden is still in the same position next spring, maybe you will see a little bit more agitation. I guess the key question would be, at this point, I don't necessarily see a prominent Democrat challenging Biden. But perceived weakness can lead to actual weakness if a strong challenger emerges. And so then it's a question of whether some prominent Democrat actually decides to challenge Biden because one of the historical indicators sometimes as to whether an incumbent president is struggling is whether he actually faces a primary challenge. I guess probably the best example of that from somewhat recent history was Jimmy Carter when Ted Kennedy decided to challenge him in the ‘80 election. Carter won, but Kennedy I think demonstrated that Carter had some real vulnerabilities. Would some other Democrats decide to do that again? As we're speaking here now, I don't necessarily expect that but maybe it's a different story next year.

REICHARD: CNBC recently reported that Vice President Kamala Harris and California Governor Gavin Newsom are among the Democrats putting out feelers for a possible 2024 run.

What does that mean at this point? What are the clues that indicate at this early stage that a would-be candidate is eying a White House bid?

KONDIK: I’d say you’re increasing national visibility. We have seen Newsom basically run some ads in some states against Republican governors like in Florida where Ron DeSantis, the governor there Republican, is a possible presidential candidate himself. Telltale sign is when candidates end up visiting Iowa, New Hampshire is the traditional leadoff states, although it's possible the Democrats could change their calendar so that Iowa, New Hampshire, not necessarily the leadoff states anymore, but just some work to build national visibility is usually a telltale sign of a candidate dipping his or her toes into the water to run for president.

REICHARD: Are there any Democrats right now beyond Newsom and Harris to keep an eye on?

KONDIK: Look, I mean, if Biden didn’t run again, I would assume he’d have a pretty big field, both filled with candidates who ran in 2020. So, you can imagine like Pete Buttigieg, the Transportation Secretary running. I wouldn't imagine Buttigieg would actually challenge Biden in a primary. But again, it's a different deal if Biden himself is not running. And you could imagine some governors running. You mentioned Gavin Newsom, California, JB Pritzker of Illinois, so long as he's reelected, maybe someone like Gretchen Whitmer of Michigan, if she's reelected. Again, I mean, it was a huge field in 2020 when it was an open seat. And I think you probably would see a fairly large field, too, if it were, in fact, an open seat. Kamala Harris as the sitting Vice President, maybe she would start as a soft favorite. But I don't think she's strong enough necessarily to dissuade other Democrats from running.

REICHARD: Well let’s talk now about former President Trump. He’s got some headwinds to face as well. An average of polls has his favorability at about 42 percent.

This, on the heels of the Jan. 6 hearings targeting Trump. And some Republicans say he could only serve one more term of four years, whereas a different Republican might hold the White House for eight years.

How do you size up Trump’s standing with Republicans and his chances should he decide to run again?

KONDIK: Trump is still popular within the party. There have been some limited signs that because of the January 6 committee hearings or for other reasons, that maybe some Republicans are a little more open to looking for somebody else. But certainly, if you look at polling, Trump still has a very hefty lead. And the way that particularly the Republican primary process works is that plurality winners get a real big advantage so that, you know if in fact, you had like Ron DeSantis, and Mike Pence challenged Donald Trump, it seems quite possible that Pence and DeSantis would split the non-Trump vote to a significant degree, which would be helpful to the former president. But I think we're at the point where we can't just assume that Trump would just immediately win the nomination if he runs. But I think he’d certainly start as a favorite if he runs.

REICHARD: If Trump runs, who poses the biggest threat to Trump in a primary?

KONDIK: I think it’s probably Ron DeSantis at this point. I think DeSantis offers a lot of the kind of conservatism and combativeness that Trump brought to the table without some of Trump's baggage. And I think you'd see that there are some folks in the Republican Party, particularly in conservative media, that seem to be warming up to DeSantis a little bit. And that that could be a helpful launch or springboard for DeSantis if he decides to do it. And, you know, DeSantis has to would have to make a decision as to whether he wants to challenge the former incumbent president in a primary, which is no small task, but my general thinking on it is that if you're a candidate, you want to run for something, you're better off just doing it as opposed to waiting because if you wait, who knows who might emerge in the future to sort of knock you off the pedestal you may be on now. So I think if DeSantis wants to be president, 2024 is as good a time as any to run even if he does have to face Trump.

REICHARD: A sidebar question here, Kyle, and the final one not related to presidential politics. Midterm elections are less than four months away. How is the UVA Center for Politics sizing up the race for control of the House and the Senate?

KONDIK: I think Republicans continue to be strongly favored to flip the House majority. They only need to win five more seats than they won last time and I think they're still in good shape to do that. And then it's just a question of how big could their eventual majority get. And I think there's still a lot of question marks about that. And the Senate is much, I'd say much closer and much hazier in terms of an outlook. You know, at the end of the day, though, the Republicans only need to flip one seat or net one seat in order to win the Senate majority. I think based on where the president’s standing and history, I think you probably rather be the Republicans than the Democrats. Although I will say that the Senate I think continues to be close and competitive and the Republicans have I think some candidate problems in a lot of these key races.

REICHARD: Kyle Kondik is with the University of Virginia Center for Politics. Kyle, thanks so much!