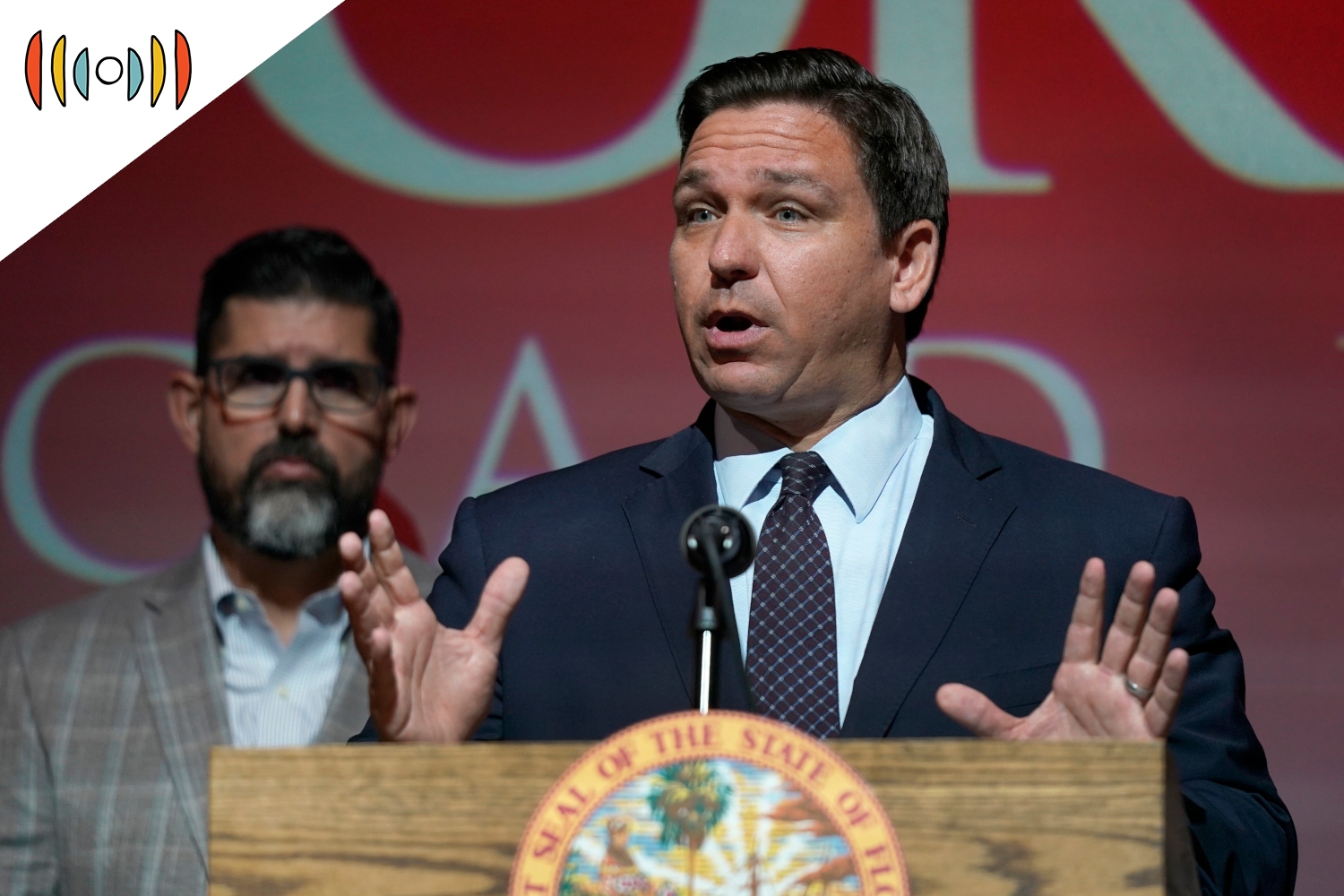 You’re listening to WORLD Radio and we’re really glad to have you along today. Good morning, I’m Mary Reichard.

First up, an early frontrunner among Republicans seeking to unseat President Biden—the governor of Florida.

REICHARD: WORLD Magazine national editor Jamie Dean wrote a cover story about Governor Ron DeSantis and she joins me now to talk about it.

REICHARD: Gov. Ron DeSantis has certainly gotten quite a bit of attention for his approach to the pandemic in Florida. But what else makes DeSantis notable for discussion right now?

DEAN: I’d say 2024. His name keeps coming up as a potential frontrunner for the GOP presidential nomination in three years. Of course, that’s speculation at this point, but it did gain some fresh traction this summer at the Western Conservative Summit in Denver, Colo.

REICHARD: Ah, well, what happened there?

DEAN: Well, this is a significant gathering of conservatives that takes place each year in Denver, and it was significant for DeSantis because he won the summit’s straw poll for their pick for the presidential nomination in 2024. And he narrowly edged out former President Donald Trump, which many saw as significant, given Trump’s potential interest in running again.

REICHARD: Well, alright, let’s back up a little bit and hear about the governor’s background. Give us a quick rundown on some basic facts.

DEAN: DeSantis was raised in a middle class home in Florida. He went to Yale University, and was named Rookie of the Year on the school’s baseball team in 1998, and he later became team captain. He went on to Harvard Law School, and then served as a JAG officer in the U.S. Navy, with a tour of duty in Iraq.

REICHARD: Well, when did he get into politics then?

DEAN: In 2012, he won a seat in Congress. He started to mount a run for Senate in 2016, when longtime Florida Sen. Marco Rubio decided to run for the GOP presidential nomination. But when Rubio dropped his bid and said he planned to run for Senate again, DeSantis stepped aside.

DEAN: Right, in 2018 he ran for governor—and this is really where we see DeSantis for the first time competing on a broader field that’s much more similar to the current field of national politics. Florida is divided pretty evenly between Republicans and Democrats. And the state is sort of famous for nail-biter elections decided on razor-thin margins. So it really was a bigger test for DeSantis.

REICHARD : Obviously, DeSantis won the governor’s seat, but tell us about the race.

DEAN: Well, it was a predictably close race: He won by about .4 percent of the votes, and that sent the contest to an automatic recount, which confirmed the DeSantis win. And it showed he could win an election on a bigger stage under tighter conditions.

REICHARD: So after he came into office, how did he govern?

DEAN: Well, DeSantis certainly governed as a conservative, but he also took positions that might have surprised some people. For example, he really emphasized environmentalism, particularly the importance of clean water and a healthy environment for the state’s economic well-being. He even appointed a chief resilience officer to prepare the state for the effects of sea level rise.

REICHARD: Well, Jamie, you also wrote that his first veto as governor surprised some people.

DEAN: That’s right. He vetoed a bill passed by his own party. In 2019, the GOP state legislature passed a bill that would have prevented local governments from banning single-use, plastic straws. Major business groups including the Florida Retail Federation backed the bill, but DeSantis swatted it down. He said local governments should have control over these kinds of decisions.

And here’s what I think is a key quote from DeSantis about his reasoning at the time. He said, quote, “If they’re doing things that infringe on people’s constitutional freedoms or frustrate state policy, then that becomes something that can be ripe for state intervention. Unless I see it violating some other principle, I usually just let people do as they see fit.” End quote.

REICHARD: And of course, DeSantis couldn’t have known how that principle would get tested in a really unexpected way the very next year.

DEAN: Right, now we move to the pandemic era. And this has raised all sorts of questions for DeSantis and other governors about the relationship not only between federal and state governments, but between state and local governments.

REICHARD: And Jamie, how has that played out in Florida?

DEAN: Well, when the pandemic hit, DeSantis became kind of famous for refusing to shut down immediately, though he did quickly shut down most visits to nursing homes in the state. He also issued a safer-at-home order in April, but the state really opened back up in the summer of 2020.

By the fall of 2020, DeSantis decided to open schools fully as well. This got a lot of pushback from some quarters. But six months later, in the spring of 2020, schools had not proven to be the source of spread some feared, and even his political opponents were admitting he might have been right on this one.

REICHARD: Right, and then the Delta variant came along.

DEAN: Yes, and though that hasn’t fundamentally changed the way DeSantis has done things, it has stretched the pandemic out longer than he and many others expected.

REICHARD: What have been the biggest points of tension over the summer?

REICHARD: And what has been DeSantis’ response?

DEAN: Well, I think his administration argues that this is an area where they see a local government or local body infringing on individual rights. DeSantis signed an executive order in July directing school districts to allow parents to decide whether their children wear masks to school.

Some large school districts have pushed back and issued mask mandates anyway, and the state has said they will withhold some of their funding. This is playing out in the courts at the moment, and it’s really gone back and forth. In the last few days, an appeals court has said the ban on mask mandates can continue for now, and the legal action will also likely continue.

REICHARD: And what about mandates outside of state entities?

DEAN: This is certainly a point of tension, too. For example, DeSantis has sought to bar private employers from requiring vaccines as a condition of employment—and of course this is now gaining even more attention in light of President Biden’s announcement that the federal government will direct many private companies to require vaccines or proof of negative tests for employees.

A U.S. appeals court recently upheld Norwegian Cruise Line’s policy of requiring proof of vaccines, after DeSantis tried to ban that practice for cruise ships in Florida. That legal action is also continuing. I spoke with Walter Olson, a senior fellow at the libertarian CATO Institute, and he suggested this is even more complicated than it might look. He argued that private businesses should have the legal right to set the parameters they think serve their customers best.

He pointed out that cruise ships were vectors for COVID-19 at the beginning of the pandemic, and the industry likely wants to avoid more outbreaks and another round of crippling economic consequences. So there are lots of complex issues here, and I think DeSantis and the state of Florida are going to remain front and center on a lot of these questions.

REICHARD: How do you think this sets up DeSantis for 2024?

REICHARD: Well, that should give us plenty to watch!

DEAN: It certainly should.

REICHARD: Jamie Dean’s lead article on Governor DeSantis is in the September 25th edition of WORLD Magazine. Jamie, as always, thank you.