Washington Wednesday: Persecution around the world 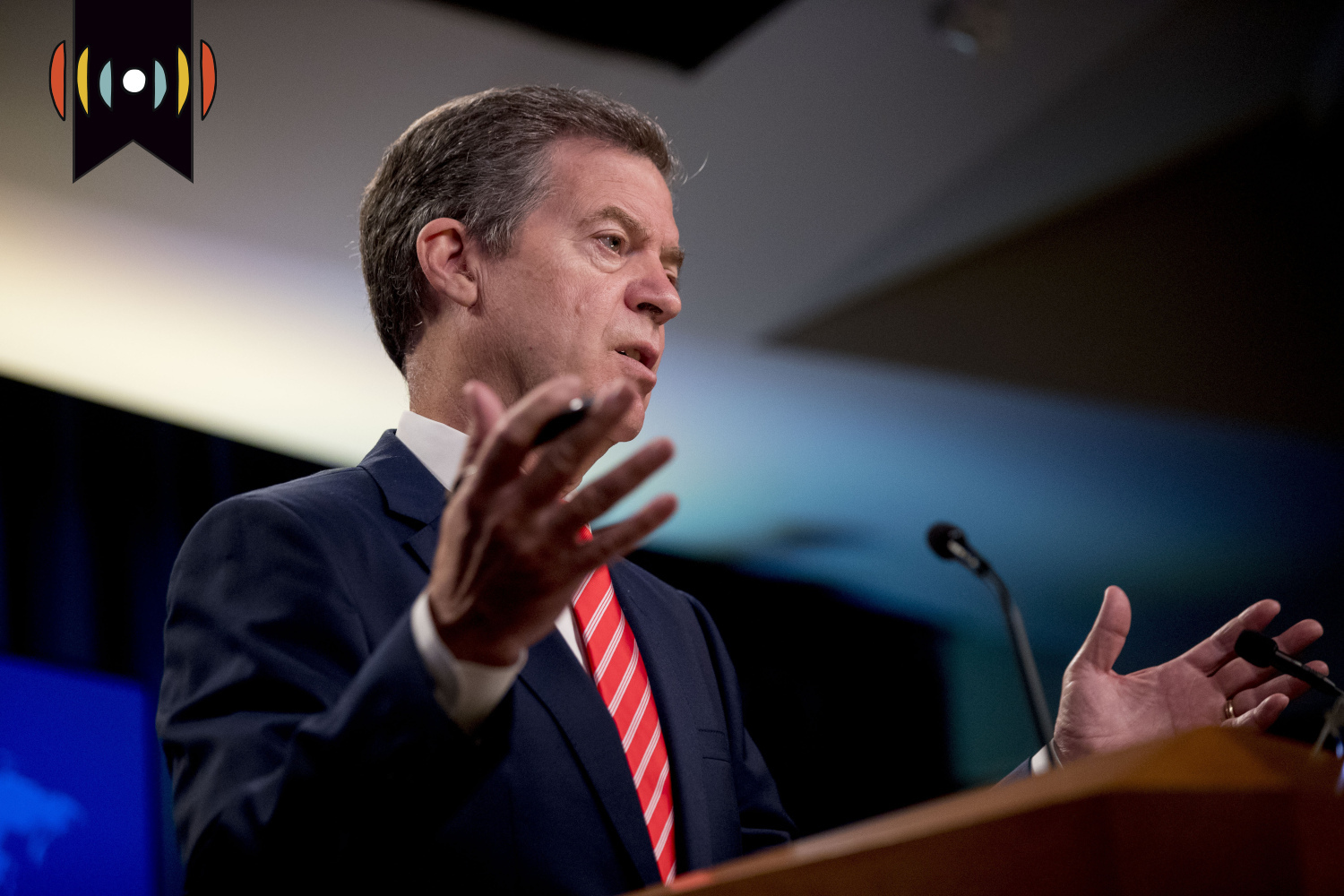 First up: religious freedom around the world.

REICHARD: WORLD’s Carolina Lumetta spoke with Brownback recently in our Washington studio to talk about religious freedom. Here now is that edited interview.

CAROLINA LUMETTA, REPORTER: Mr. Brownback, thank you so much for joining us today.

SAM BROWNBACK, GUEST: Sure, happy to join you.

LUMETTA: So to start off with let's kind of take a world tour, if you will. It's been almost two years now, since the Taliban took over in Afghanistan. They made a lot of promises about preserving democracy, religious freedoms, what would be your assessment of their leadership so far?

BROWNBACK: Horrible, nearly genocidal. Terrible for women. If you’re a religious minority, you’ve had to flee Afghanistan. Now. Maybe if you’re a Hazara, Shia Hazara, there's enough of you in a certain concentrated area that you haven't fled, but the Sikh community– is gone. If you’re a Christian, you’re in hiding. I’ve worked a lot the last year with kind of a small rump group of people trying to get individuals out. And we’ve gotten a number of them out and found other countries for them to go to. But basically, if you didn’t agree with the Taliban philosophy, and you were a religious person, you’ve been either arrested or killed, family members harassed or detained or you have fled.

LUMETTA: So what needs to happen next?

BROWNBACK: When they say a tiger doesn’t change his stripes, that’s certainly been true of the Taliban, they have not changed their stripes. And we have allowed, really a genocide of religious minorities to take place under our very eyes. And because we get weary in the West, in the west of a topic, it’s like, people are just, “I’m looking the other way, I’m tired.” And yet you just can’t look at it that way in a country like Afghanistan that can be stable with minimal Western presence but it has to have some Western backbone in it or it’s gonna fall back into these horrible tribal ways that are deadly for anybody that don't that don't agree with the majority.

LUMETTA: Well, shifting to a different continent. Explain to me what you've seen going on in Ukraine. Can you clear up reports that the Russian Orthodox Church is under attack amid the war there?

And so really, I think what you've got going on right now is trying to sort through that civil society development and splitting of orthodoxy within Ukraine, and you're getting a lot of people talking, pushing, shoving back and forth in that in that debate. My hope is, is that that in, at least in the sense of religious freedom, everybody's religious freedom will be guaranteed that if you want to practice, under the auspices of the Russian Orthodox Church, you're allowed to, but if you're not allowed to use that for soft power projection from the Russian government, or something of that nature.

LUMETTA: So looking at the globe as a whole. What would you say, based on your research, are some underlooked areas where religious freedoms might be under attack?

BROWNBACK: Nigeria gets quite a bit of coverage, but I still think it’s underlooked at because that whole Sahel region of West Africa, is the target for the next caliphate for the radical Islamic fundamentalist, they want to destabilize those governments in the region. They want to create a caliphate, it’s weakly governed now. You’ve got a group of people called the Fulani, that are nomadic, that have a number of teenagers that have been armed recently and have often gone in and attacked, mostly Christians, but not exclusively.

Nigeria is the most populous country in Africa. The fault lines in Africa now are no longer tribal, they’re religious, it’s between Christianity and Islam. And I think it's completely under-appreciated for the scale of human suffering and migration that we're going to see if this, if this takes root and starts going.

I don’t think we’re looking at places in Latin America the way we should. Cuba, certainly for one that’s been long standard, but Nicaragua, you’re seeing a lot more persecution of the Catholic Church taking place.

LUMETTA: You've outlined a lot of stories that are very distressing and involve a lot of suffering of people. Are there any stories of hope, any places where you've really seen things improve over the last year or five years?

BROWNBACK: Why actually, I think it's a matter of hope that there’s more focus on religious freedom now. And there’s a grassroots movement around religious freedom that didn’t exist. I’ve been talking about this for 20 years and 20 years ago, there was four people in a room. At the end of this month, we’ll have a thousand people at the Washington Hilton from all over the world standing for religious freedom. We’re trying to get this movement to go grassroots. And there’s more recognition in the foreign policy community that this is a major foreign policy issue, not just this little kind of side boutique issue. A guy gave me an example one time that was really helpful. And I was kind of lamenting to him, “I don't know, just, I don't know what to do. What, what's happening?” and the guy was Baháʼí. He said, “you know, maybe I give you a different perspective on this, the Iranians know where all the Baháʼí are located. And if you didn't, and the West and other people didn't stand up for religious freedom, they’d go kill them all. As it is, what they do is they persecute them, they don’t let them go to college in certain places, they have difficulties at jobs, but they’re alive. And if you, if the religious freedom movement didn’t exist, they’d be dead.” And, you know, you kind of take some hope that, well okay, I mean, we’re keeping people alive. It's a fundamental human right, it was recognized in the 1948 Convention on Human Rights, every country signed on to it. Just now we got to make that right real for people.

LUMETTA: Absolutely. Well, thank you for sharing your time and your thoughts today.