Will a new nuclear agreement be any better than the last one? 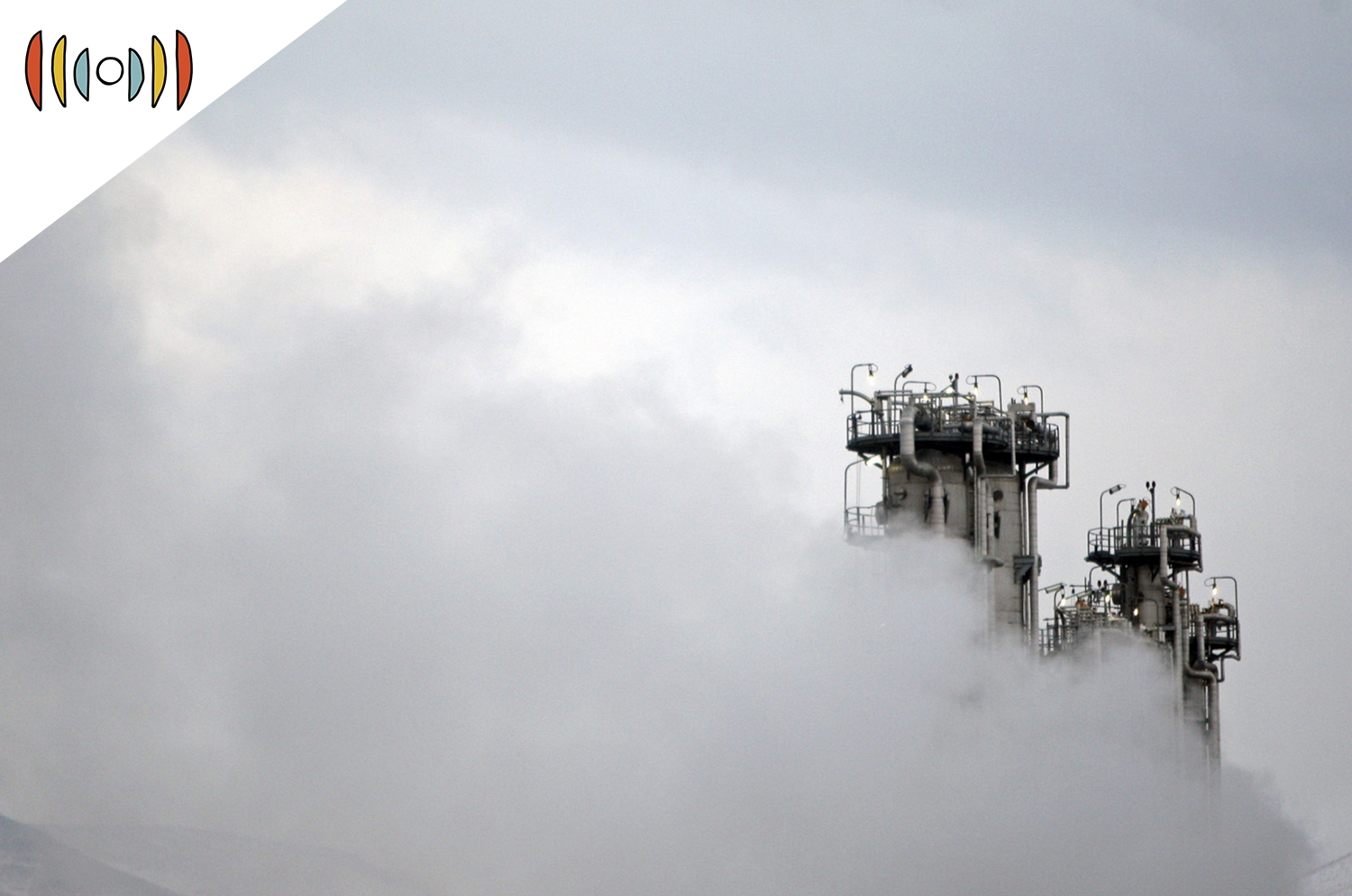 MARY REICHARD, HOST: It’s Wednesday the 9th of June, 2021. Glad to have you along for today’s edition of The World and Everything in It. Good morning, I’m Mary Reichard.

Well, we’ve kicked off our June Giving Drive, and I’m happy to let you know that thanks to the generosity of several families, they’re willing to match your early giving between right now and the 15th. So early gifts between today and close of business on Tuesday the 15th, they will match.

REICHARD: That’s such great news and another demonstration that no one gives alone—when we give together, we make a bigger impact. So visit WNG.org/donate to take advantage of the weeklong matching opportunity. WNG.org/donate

Or the more difficult way to say it, the JCPOA—stands for the Joint Comprehensive Plan of Action that then-President Obama signed in 2015. The JCPOA placed limits on Iran’s stockpile of uranium and its number of gas centrifuges. In simpler terms, Iran agreed to restrictions that slowed but did not eliminate its ability to acquire nuclear weapons.

REICHARD: From the beginning, conservatives in the United States panned the deal as ineffective. They also called it counter to U.S. interests because part of the deal included relief from economic sanctions that gave Iran access to cash. Which Tehran used to fund proxy wars across the Middle East. In 2018, President Donald Trump pulled out of the deal and reimposed sanctions on Iran.

EICHER: President Joe Biden ran on a pledge to re-enter the deal if elected and earlier this year, he began working to do just that. For the last few months, delegations from Russia, China, Germany, France, Britain, Iran, and the United States have been meeting in Austria to hammer out a new deal. Last week, negotiators said they believed an agreement was imminent.

REICHARD: Joining us now to talk about the ramifications of a renewed nuclear agreement is Michael Rubin. He’s a resident scholar at the American Enterprise Institute. Michael, good morning!

REICHARD: We know that Iran has not been abiding by the original agreement. Just last month the International Atomic Energy Agency reported that it has not had access to required data since February. So, what is the starting point for these negotiations? Are Washington and its partners negotiating from a weaker position than they did six years ago?

RUBIN: Well, one of the questions out there is whether you can go back to the status quo ante. What the Iranians would say is that, look, we were expecting a lot more benefits from the deal, which we didn't get since he walked away. On the other end of the argument, because the Obama team had incorporated sunset clauses, expiration clauses in the nuclear deal, that means if we were simply to rejoin the deal, we'd be rejoining a deal which is about to expire in some places anyway. And so how do you address the American concerns as we move forward? It's a lot more complicated than simply signing a paper and getting back to where we were.

REICHARD: You recently wrote about five myths that the Biden administration bought into as part of these negotiations. One of those involves Iran’s elections. Advocates of the nuclear deal say it gives reformers in the Islamic Republic a boost. And they say we want reformers over hardliners in Tehran. But you say these people misunderstand something: there’s a difference between reformers and hardliners. Can you explain what you mean by that?

RUBIN: Well, the problem is that in Iran, you have an elected power structure—the president who appoints a cabinet—and the parliament. But you also have an unelected power structure. The problem which I flagged is well, on one hand, what the Biden team would say is, by giving business, by lifting sanctions, you're showing the reformers and you're showing the Iranians that negotiation and integration with the international community works. The problem is that it's the hardliners that control the nuclear program and these people are unelected. The other problem, which really is a major issue, is the Islamic Revolutionary Guard Corps and how it dominates the Iranian economy.

So then the question becomes, if you're going to flood the Iranian economy with cash, how are you going to make sure it actually goes to the ordinary Iranian people or the so-called reformists rather than simply going into the coffers of the Revolutionary Guard, which could actually accelerate the nuclear program?

REICHARD: So if the United States lifts sanctions as Iran wants, and cash floods Iran’s economy that could help the Revolutionary Guard, then what?

REICHARD: What do U.S. negotiators hope to achieve this time around? Do you see the goals now are any different than they were under the Obama administration?

RUBIN: Well, there's two trains of thought here. And under the Obama administration, the Obama team was very, very careful to say, you know, we're only negotiating over the nuclear program, we're not trying to have a comprehensive deal that strikes all concerns. But whispered on the sideline was the hope that once we strike this deal, we can actually move further. Now, what the Biden team wants to do is get back and, in a way, put Iran's nuclear program back in the box. And then they hope that if that builds confidence, they can further negotiate on some regional issues. The counter problem to that is the way first the Obama administration and then the Biden administration defined what Iran's nuclear program was. You have warhead design, you have nuclear enrichment, and then you have delivery. Well, we know that the Iranians have already worked on warhead design. The 2003 and 2008 National Intelligence Estimate said that and the International Atomic Energy Agency also found that they were doing that. Although what the U.S. government concluded in 2004 is they stopped. Now, what the Joint Comprehensive Plan of Action was doing was controlling Iran's enrichment. But last minute, in order to get to that deal back in 2015, Secretary of State John Kerry made a concession which said that, whereas before it was prohibited for Iran to build rockets or missiles that were capable of delivering a nuclear warhead, he changed that so that it was forbidden for Iran building ballistic missiles that were designed to carry nuclear warheads. So now you have this problem that Iran says, well, we're not building missiles designed to carry nuclear warheads. We're building missiles designed to launch satellites into space. And so one of the issues, which still needs to be resolved, is how are you going to deal with Iran's burgeoning rocket or missile or satellite launch program? Because that also is of a concern to not just Israel and the United States, but many other regional states.

REICHARD: Michael, the original agreement put a 10-15 year freeze on Iran’s nuclear program. Will a new agreement extend that timeline?

RUBIN: Well, that's one of the questions. And what the Iranians are saying, and it's logical they would do so, is if you want us to go beyond what we were doing before, you actually need to offer us more. But then the question is, if you front load all the incentives you're able to give now just to rejoin this Joint Comprehensive Plan of Action, then what incentives are you going to have in the future if you want to negotiate everything else? So, how are we going to divide this pie so that we get as much as we want when we have the bake sale?

REICHARD: Let’s talk about Israel now. Israeli Prime Minister Benjamin Netanyahu was one of the original deal’s most vocal critics. But he’s on the cusp of being removed from office. Will Israel’s new political landscape have any effect on the nuclear deal negotiations or its eventual implementation?

RUBIN: Absolutely not. And this is one of the things that's most misunderstood in the United States, is Israel had waves of terrorism. I was a postdoc at Hebrew University in Jerusalem back in 2001-2002 when there were suicide bombings almost every other day. Then you had Israel build the security wall or the fence, and suicide bombing went down 99 percent. So you've got a situation where men across the Israeli political spectrum, whether you're on the right, whether in the middle, whether you're on the left, most politicians actually have reached a consensus on what Israel's security posture should be.

But what I want to actually add is that, you know, a lot of people say, Iran isn't suicidal. Even if they developed a nuclear weapon, they're not going to drop it on Israel, because they know that that would be the end of Iran the next day. But the Israeli nightmare situation isn't that Iran is suicidal, it's that the Islamic Republic is terminally ill. So if Iran has a nuclear program, who's going to have command control and custody of it? It's probably going to be the Islamic Revolutionary Guard Corps, but not just the Islamic Revolutionary Guard Corps, the most ideologically pure units within the Revolutionary Guards. Well, what if you get a situation where you get a spark, and there's an uprising?

What happens if when you have one of these sparks, instead of the security forces putting it down, they actually join in? So you sort of have a momentum that you can tell that the Islamic Republic is going to collapse. This is what happened in parallel in Romania, back in 1989, when Ceausescu fell. Well, if the security forces are surrounding the Iranian capital, and you know that they only have 24 hours left, what's to stop the Revolutionary Guard from launching a nuclear missile then, knowing who's going to retaliate against a country that's already had regime change? Would you willingly and gratuitously kill 2 million, 3 million Iranians? And the answer to that is no. And that's where the whole notion of deterrence or mutually assured destruction breaks down.

REICHARD: What advice would you give the Biden administration?

RUBIN: America's at our strongest when we can come up with a joint strategy ahead of time, rather than have this whiplash policy from administration to administration. I really hope that that's where—behind the scenes—responsible Democrats and responsible Republicans can go.

REICHARD: Michael Rubin is a resident scholar with the American Enterprise Institute. Thanks so much for joining us today!

RUBIN: Thanks for having me.