President Biden’s effort to unite the free world against autocracy 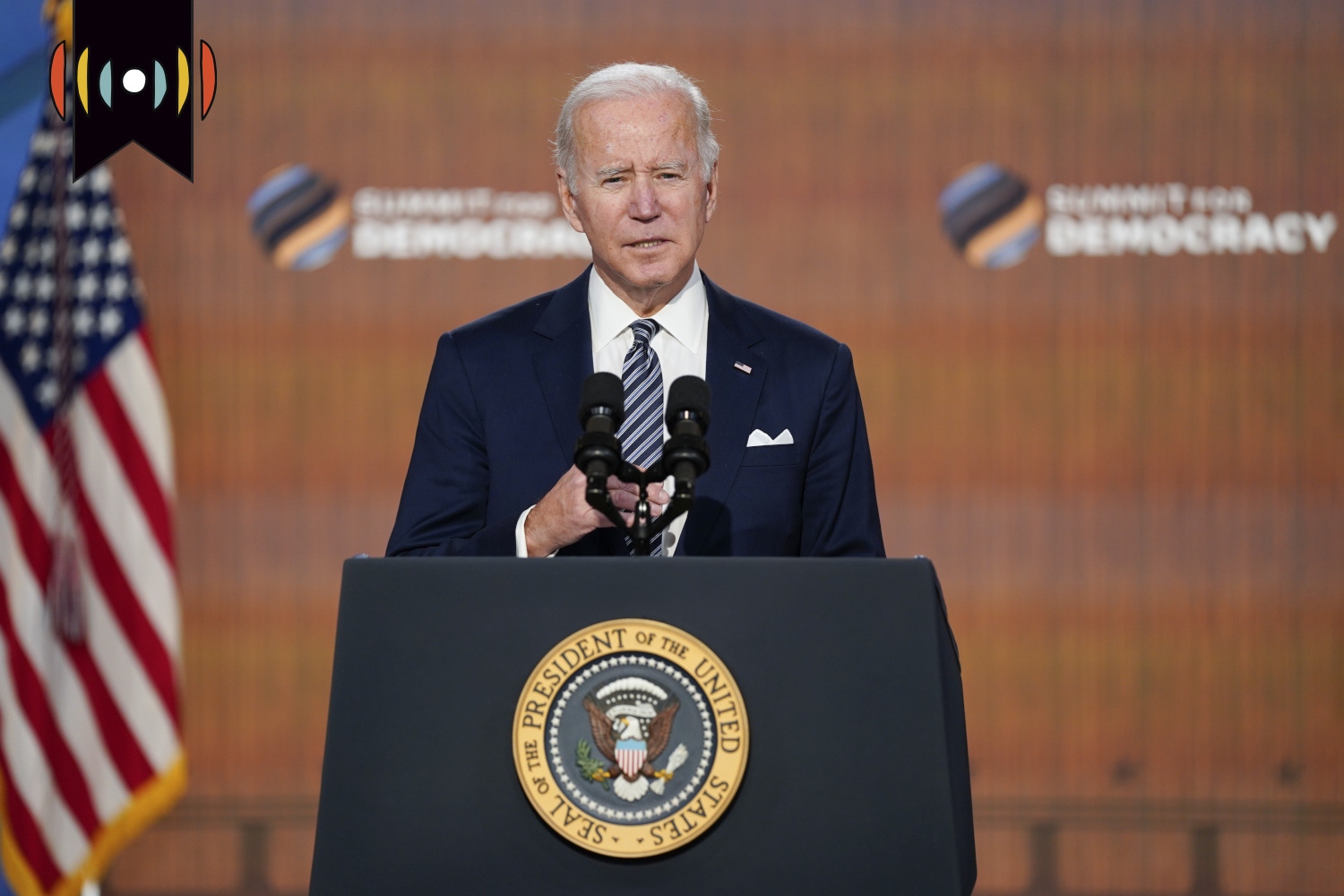 Up first: an effort to unite the free world.

Against the backdrop of China’s rise as an emerging superpower and Russia’s regional strong-arm tactics, the White House organized what it called the Summit for Democracy.

EICHER: President Biden held virtual meetings at the State Department with leaders from more than 100 free nations, along with some non-governmental organizations and businesses.

Some say it was an important first step to counter rising authoritarianism. Others dismiss it as a mere photo op.

REICHARD: Joining us now to talk about it is Dalibor Rohac.

He’s the author of the book In Defense of Globalism. He’s testified before the House Foreign Affairs Committee and he’s briefed the U.S. Helsinki Commission. Good morning to you, sir!

DALIBOR ROHAC, GUEST: Good morning. Great to be with you.

REICHARD: Let’s start with the guest list for this summit. Some lawmakers criticized the Biden administration for leaving out certain countries. For example, GOP Congresswoman Maria Salazar specifically wonders why Guatemala, El Salvador, and Honduras were left out. What should we make of that?

ROHAC: Look if you are making a summit on this scale, the guest list will always be a judgment call or a matter of controversy. There are many borderline cases on the guest list for the summit.  Poland, which has been democratised in some ways, was part of the summit. But Hungary was not invited. Pakistan and Congo were included, Sri Lanka and Singapore were excluded. To me, the main point rather is not so much about the individual choices of countries but rather with the challenges associated with having a format that includes, as you said, 100 countries. And the lack of a clear strategic focus, together with holding the meeting online, which really meant that the discussions were necessarily held at a very high level of abstraction and generality. And I suspect that the smaller more cohesive group, perhaps you could see more tangible progress on things like financial transparency, corruption, pushing back against China and Russia.

REICHARD: We’ll talk about what the summit did or did not accomplish in a moment. But I want to ask you about what it was designed to accomplish. Some have dismissed it as political theater. But others say the administration is trying to unite free countries in the face of a rising China, along with continued threats from Russia and others. What do you think this summit was designed to do?

ROHAC: Since he arrived in office, President Biden has been very keen to signal that America was the whole back, as he puts it, and that U.S. foreign policy going forward, unlike during the Trump years, is going to be based on values such as democracy and human rights, and freedom. And I think that's generally laudable. The problem though is that those sentiments remain to a large extent disconnected from day-to-day policymaking. And you can see it with examples such as the mishandling of the withdrawal from Afghanistan, which was done unilaterally. You can see with the fallout from the nuclear submarine deal with Australia. And, you know, our allies and adversaries sort of know that there is this disconnect between rhetorical flourishes and the reality of policymaking. They do notice it and this summit was never really going to fix it.

REICHARD: Given that, what do you think the summit itself ultimately accomplished last week?

ROHAC: We saw in the build-up to the summit, the release of the White House's new strategy on corruption and kleptocracy, which also was featured prominently at the summit. I think having this conversation with America's allies is important, holding especially advanced Western liberal democracies, market economies to high standards of financial transparency so that we don't become really a safe haven for dictators and their money is a worthwhile goal. But again, there is a sort of disconnect between the rhetoric and the reality. Because just hours before the summit, Congress actually killed all of the proposed anti-corruption and anti-kleptocracy bills that were in the legislature. So, again, that sort of signals to our friends and foes alike that maybe America's political class is not quite as committed to this idea of pushing against authoritarian regimes as the summit would like to signal.

REICHARD: What will it take in the long run for the United States to bring allies together to outcompete China and beat back authoritarianism around the world?

ROHAC: I think being aware of the importance of democracy and human rights as a sort of values, foundation for foreign policy is a good thing. Most political scientists, international relations specialists would agree that it is not a coincidence that Russia and China, our most significant adversaries are authoritarian regimes. However, that recognition is only the beginning of the conversation and it's certainly not, can’t be a replacement for, you know, having a strategy, having priorities, knowing where to push back, and knowing where we can make less of a difference. And this struggle between democracy and authoritarianism is not something that sort of happens in the abstract or in a vacuum. It's really about very concrete settings, fights over influence and power, you know, in Eastern Europe, in Central Asia, in the Indo-Pacific. And I think what is lacking in the U.S. foreign policy outlook is really a sort of clear strategy sense of priorities and a path forward that sort of takes into account the realities of these different countries. It really still remains at a sort of very abstract, very general level that it currently stands, this pro-democracy agenda is unlikely to sort of get much traction on this on its own unless accompanied by this more strategic and to some extent, ruthless set of priorities and tools.

REICHARD: I’m wondering what the Biden administration’s record is so far in terms of supporting democracy. Have Biden's policies been consistent in that regard?

ROHAC: Well, as I said, there is a disconnect between the rhetoric of flourishes and the reality, right? So we've heard over recent weeks talk of an unwavering commitment of the United States, the Ukraine sovereignty, for example. Ukraine is being threatened by its neighbor to the east, Russia. Its territorial integrity has been challenged since 2014. Under President Obama, under President Trump, under President Biden. Supposedly the United States and other Western partners are committed to Ukraine's democratic and (self?) sovereign future, yet we seem to be unable or unwilling to really lift a finger in its defense. President Biden's very vocally ruled out the possibility of America's sort of boots on the ground or sort of more significant military assistance in case Russians do invade or do escalate the military presence. So, against the background of a reality in which authoritarian adversaries of the United States get away with increasingly more and more, much of the rhetoric, I'm sorry to say, rings hollow.

REICHARD: Dalibor Rohac has been our guest today. He’s a foreign policy analyst and scholar and now a fellow with the American Enterprise Institute. Thanks so much!

ROHAC: Thank you for having me.