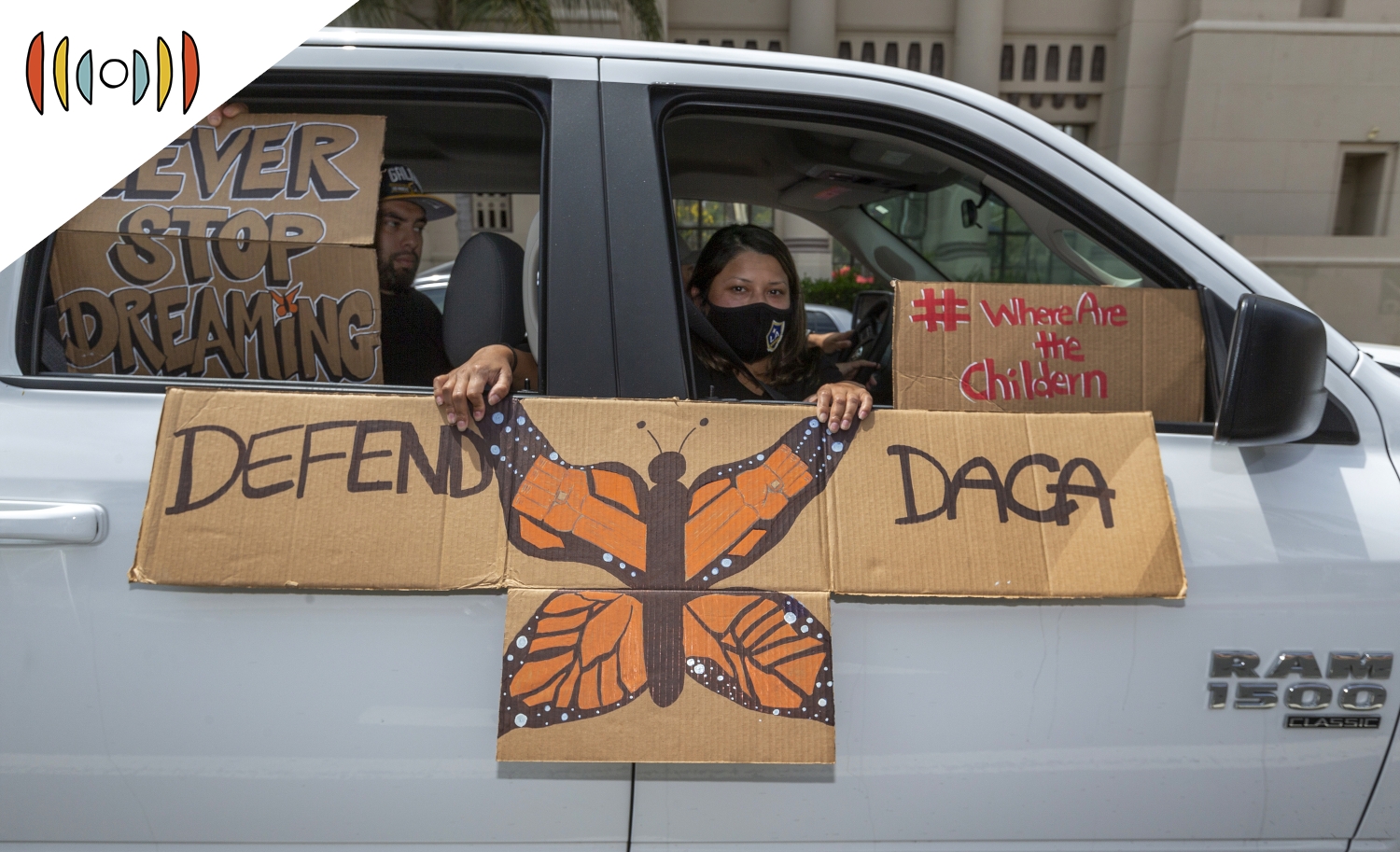 A federal judge last week ruled that a presidential executive order known as the Deferred Action for Childhood Arrivals policy is unconstitutional.

EICHER: It’s known by its acronym—DACA.

It shields from deportation hundreds of thousands of immigrants brought into the country illegally as children.

Then-President Obama issued the DACA executive order in 2012 after becoming frustrated with Congress because it wouldn’t pass a bill that would do essentially the same thing.

Legal battles over DACA have taken the better part of a decade. Judge Hanen’s ruling last week striking it down stems from a lawsuit by Texas and eight other states. They argued Obama lacked authority to create DACA because that’s the job of Congress.

Interestingly, President Obama once made that exact argument.

Then he changed his mind and issued the order.

But in light of last Friday’s ruling, many are now calling on Democrats and Congress to try again to pass legislation to make it constitutionally legitimate.

Here now to help us understand what’s happening in Washington and what’s next is Marc Clauson. He is a professor of History and Law at Cedarville University. Professor, good morning!

REICHARD: First of all, help us understand this program a little bit better. Who has qualified for DACA protection and who has not?

CLAUSON: Whoever is qualified was qualified under the previous regulation that was still being upheld, until the decision made last week, late last week. So anyone who's under a certain age is considered a minor. And they would be -- if they came into the country illegally, they would be allowed to have two year renewable visas to stay in the country. And that could be indefinite for each of those minors.

REICHARD: Remind us of what happened and didn’t happen at the Supreme Court last year. Obviously, in light of last week’s decision, the high court did not affirm the legality of the program or the manner in which it was created, correct?

CLAUSON: Yeah, if I could go back, it's really complicated and kind of messy. In 2012, Obama begins the process of issuing the regulations that we call DACA today. In 2017, President Trump begins the process of eliminating those regulations. In 2019, the Supreme Court affirmed a circuit court, Fifth Circuit Court ruling that struck down the DAPA program—that's D-A-P-A, which is similar to DACA but a different program. Didn't say anything about DACA. In 2020, the U.S. Supreme Court ruled that the Trump administration had not used the Administrative Procedures Act correctly in rescinding that order of Obama's and so it was still in place. And then, of course last week, the District Court, which is the lowest court, the trial court level, ruled in Texas, ruled that the program was itself illegal because the president didn't have the power, the executive power to do that. That belonged to Congress. And because he didn't use the Administrative Procedures Act correctly. So that's where we stand today with all this mess, right?

REICHARD: Thanks for that history of DACA. That’s really helpful. Well, many Republicans support the program in principle, but want it legislated, in the law. They say former President Obama unconstitutionally created the program. And as we said, Obama himself made that argument before he did it. So how has the DACA program created by the executive branch managed to survive court challenges for as long as it has?

CLAUSON: Mainly procedural. It's not been substantive. The court, actually, when it struck down President Trump's attempt to rescind DACA, it explicitly said that it was not ruling on the actual merit of that case and saying that it was lawful. They were only saying that you got to try it again, find a way to do it right this time, if you want to do it. So nobody had ruled on the actual merit, the actual constitutionality of the DACA program until now. And now it's finally come to fruition because of the sort of the Byzantine, you know, processes of the federal court system. It's kind of gotten up and down, in and out and messy in the process. That's mainly why we haven't seen it until now.

REICHARD: Take us back to the failed Dream Act legislation. What were the big points of disagreement there and why was Congress unable to come together on a law?

CLAUSON: Well, that's a good question. Immigration policy has been an area where Congress has not been able to come to agreement in almost 40 years now. And, really, sort of beyond that even. It's considered the third rail, one of the third rails of politics. You don't touch this. The Republicans don't want to mess with allowing too many people into the country, too many people who otherwise would be illegal. And the Democrats seem to be more inclined toward letting more people in and both have their constituencies and their constituents are telling them don't give in. And so neither side is willing to give in on this because it's a major issue in their campaigning, and in their governance, from president to president, from administration to administration. So it's gotten to be one of those issues that you can't bother with it because you can't get anywhere with it.

REICHARD: Well, there is this renewed push now to enshrine the program in law. Democrats have a slim majority in both chambers of Congress, but they don’t have a filibuster-proof majority in the Senate. So how do you see this new legislative push playing out?

CLAUSON: If the filibuster is not eliminated—and I don't think it will be—it's still not going to go anywhere. It'll continue to be pushed down the road into the next administration, so that the Senate and the House would hope that would happen, they really just don't want to deal with it. And I think that unless the filibuster is eliminated—and even if it is eliminated—I'm not sure you can get the votes necessary to actually pass an act to fulfill this desire of the dreamers or to fulfill the desires of the other side either, completely. So again, I go back to the what I said before, there's just nobody willing to give on either side on this, on immigration policy in general, and this issue specifically. And it's going to continue until something somewhere down the road is going to become a critical point, a critical mass point or crisis.

REICHARD: It seems like we’re already in a crisis. I mean I follow the courts myself. And we have a million cases backlogged in the immigration courts. How much more crisis do we need than what’s going on at the border now plus the court system backlog?

CLAUSON: You could argue we have a crisis now. And I think that all the members of the House and Senate, if they were asked privately, would agree that there's something of a crisis. But they're not going to publicly say it's a crisis, not all of them anyway. The Republicans are going to say it's a crisis. The Democrats are refusing to say it's a crisis, for the most part, some will. And until you get all sides agreeing that this is a crisis, and you need to do something about it, is just not -- politically, it's not feasible to happen. And then, of course, you got the courts in the background of all this. What kinds of policies do you legislate? What kinds of policies can you put into law by executive order or by administrative act of the agencies? Will the courts let you do that? What extent will they let you do that? That's always lurking in the background. So that's a problem, too, that everybody knows.

REICHARD: Some Democrats want to open up a doorway to citizenship in budget legislation they want to approve this year. If they could push that through using the budget reconciliation process, they could do it without a single Republican vote. But can they do that?

REICHARD: Professor Marc Clauson with Cedarville University has been our guest. Professor, thanks so much!

CLAUSON: Well, thank you. Glad to be here.