Vials of the Pfizer-BioNTech COVID-19 vaccine sit in a cooler before being thawed at a pop-up COVID-19 vaccination site in the Bronx borough of New York on Tuesday, Jan. 26, 2021 Mary Altaffer/Associated Press Photo 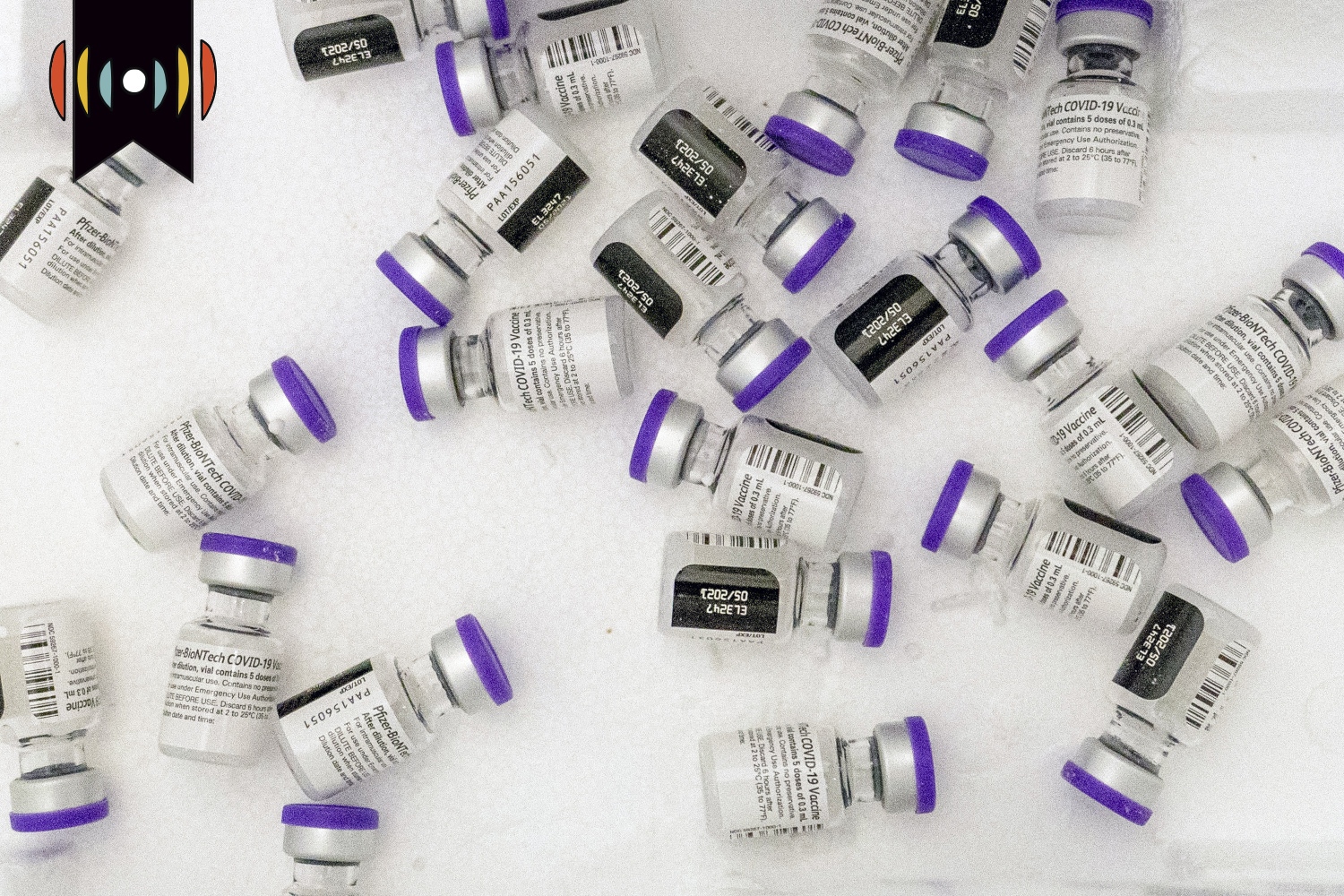 We’re happy you’ve turned to The World and Everything in It to help start your day. Good morning, I’m Nick Eicher.

The Fifth Circuit U.S. Court of Appeals over the weekend issued a stay freezing the president’s vaccine mandate for private businesses. That mandate would force companies with at least 100 employees to require their indoor workers to get the COVID-19 shot or get tested every week.

EICHER: The White House is enforcing the mandate by way of OSHA. That is the Occupational Safety and Health Administration. It’s the agency that oversees workplace safety in the United States.

The Fifth Circuit’s stay has no immediate impact as the order would not take effect until January. Whether the mandate can survive legal challenges remains to be seen.

REICHARD: Joining us now to discuss this is Devin Watkins. He is an attorney with the Competitive Enterprise Institute, a free-market public policy organization based in Washington. Devin, good morning!

REICHARD: Well, we’ll talk about the legality of the mandate and the court challenges momentarily. But let’s just suppose that the mandate does take effect on schedule in January. I know that the Competitive Enterprise Institute has looked into this. What effect do you think it would have on the U.S. marketplace and our economy?

WATKINS: It's hard to say, even assuming the mandate goes into effect. I think a lot of the implications are going to be based on how many people comply with the mandate, how many people choose to leave their current position rather than comply. So, the mandate—as effective right now—only applies to employers with more than 100 people. So if there's a large number of people that, say, leave positions at those companies to go to other employers that aren't bound by the mandate, that could have a substantive disruptive effect on the entire economy.

REICHARD: Are we seeing evidence of those effects already within private companies? Those companies that have voluntarily implemented vaccine mandates for workers?

WATKINS: Well, I mean, I think if you look at a variety of the state mandates that have already gone into effect—especially for state employees—you see some pretty substantial effects. I mean, I think there was a time in which it was almost 50 percent of the police in Chicago were not getting the mandate. And there was substantial risk to the number of, for instance, I think they closed like more than 20 firehouses in New York because firefighters weren't getting vaccinated. There's been substantial effects in a lot of these companies. You saw Southwest Airlines cancel thousands of flights. And a lot of the other airlines, which are federal contractors, and therefore under the federal contractor mandate, have had substantial disruption and they're still trying to recover and try to ensure that they can apply the same level of performance that they had before.

REICHARD: You say a federal vaccine mandate is not constitutional and that the OSHA rules are really just an attempt to get around that fact. How so?

WATKINS: So, there's a couple different things going on here. The first is that there is an individual right of bodily autonomy, where you can control your own medical decisions. You can decide whether or not to get an injection or not to get an injection—in this case a vaccine. Now, the federal government doesn't directly hold you down and inject you against your wishes, but they are clearly trying to coerce you into getting the vaccine even if you don't want to be. That at least implies that there might be some harm to that individual right. And then the question is, what is the federal interest that is available to override that individual right. Now, states clearly have the power to do so. Jacobson was about the state coercing people through a small five dollar fine into getting vaccinated. And the Supreme Court said that's okay, because states have the police power, can oversee the health and safety of their local communities. The federal government does not have the police power. It cannot directly oversee the health and safety of individuals. So while this is a disease that clearly impacts a lot of people's health and safety and that obviously can be used to override that individual right and require or at least coerce people into getting vaccinated, the federal government doesn't have that power where states do.

REICHARD: In terms of constitutionality, let’s flesh this out a bit more: the difference between requiring vaccines for federal contractors vs employees of private companies? What’s the line there?

REICHARD: If the mandate survives these court challenges, it would then take effect in January. But there is also a provision in there that requires large employers beginning in December to force unvaccinated employees to wear masks. Now, can the federal government enforce that order?

WATKINS: Likely. Again, it doesn't apply to all companies. Not all companies are subject to OSHA. It's only in companies acting interstate commerce. So within that subset of employers, the mask mandate may be legal. We will see. There are some requirements of the statute. I doubt there'd be any constitutional problems with that. But there are still the requirements around necessity and grave danger. For instance, in grave danger, the requirements for a lot of employees may not reach that kind of level. That'll be up to the courts to decide.

WATKINS: So, I would say coerce them into doing so, not necessarily compel them to do so. I think there is a difference in my mind between, say, a small fine or what the federal government is doing to require testing, which effectively forces the employee to pay for that testing. That is a small monetary incentive to get vaccinated, maybe a little bit of time spent getting tested, things like that. That coerces them into getting vaccinated but doesn't force them to do so. That is something that the states can do because of the police power. And the Supreme Court in Jacobson held that the five dollar fine that the state had imposed was legal under it because of the police power. So I do believe that states do have that power. And that's a traditional power that the states have exercised over health and safety back to the founding. So I don't think that's too much of a problem. There may be a problem, however, if you know states did something really extreme like forcing everyone to get vaccinated whether they want to or not, and like picking people off the street that refused to get vaccinated and forcibly injecting them. That would be maybe a slightly different question. But as to some type of minor coercion, a small penalty or something like what the federal government is doing, a state could do that.

REICHARD: In one line, what’s the bottom line here with all this that’s going?

REICHARD: Our guest today has been Devin Watkins with the Competitive Enterprise Institute. Devin, thanks so much! Really appreciate your time.