What does the “Respect for Marriage Act” mean for Bible-believing Christians? 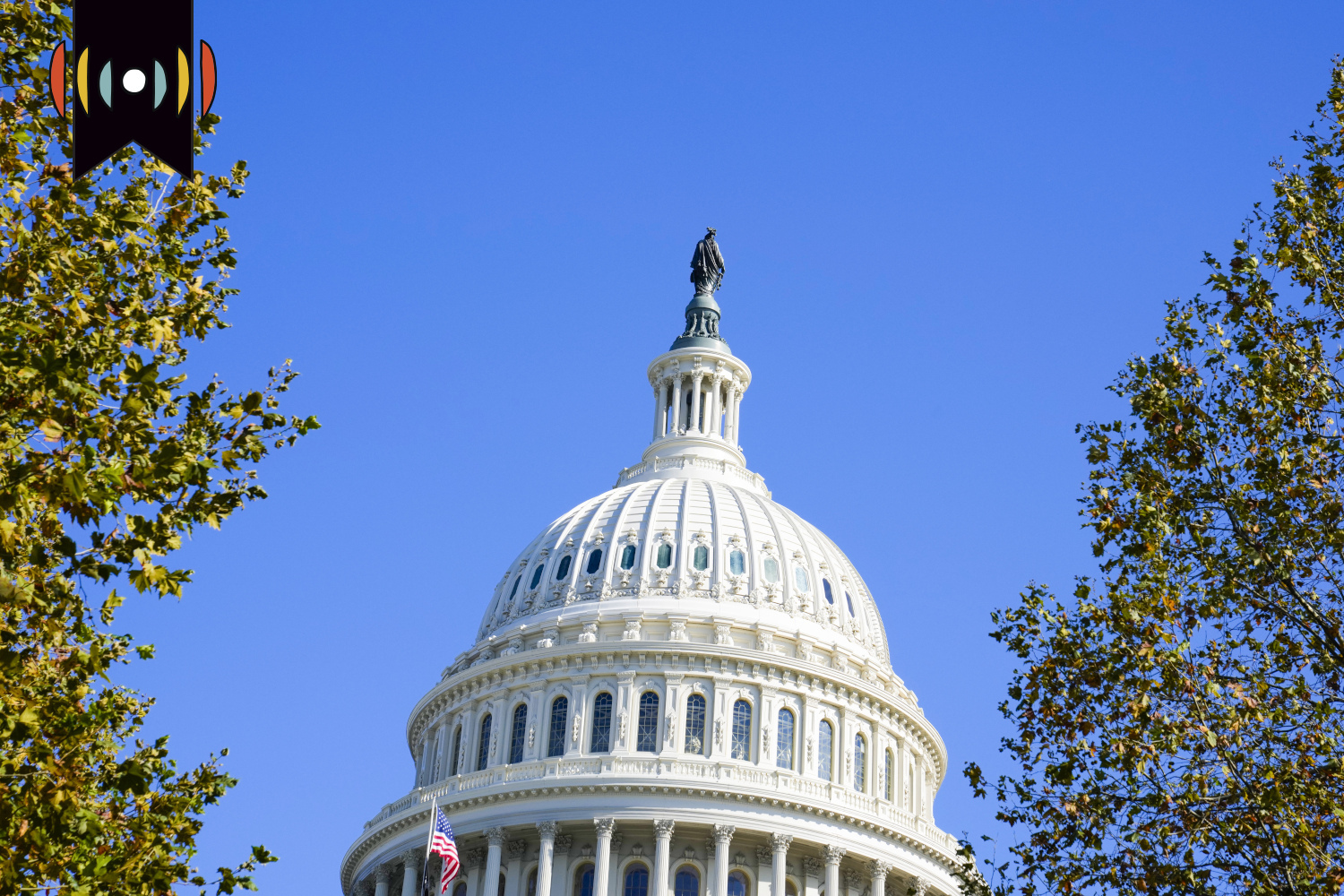 MARY REICHARD, HOST: It’s Wednesday, the 30th of November, 2022. Glad to have you along for today’s edition of The World and Everything in It. Good morning, I’m Mary Reichard.

Yesterday, the Senate passed the so-called “Respect for Marriage Act.” It codifies a right to same-sex marriage in federal law. All 50 Democrats and 12 Republicans voted for it.

Carolina Lumetta reports from WORLD’s Washington bureau. She was there and she’s been talking to her sources about what the law means for those who object.

CAROLINA LUMETTA, REPORTER: Thanks, I’m glad to be here.

REICHARD: How significant is the vote that happened yesterday?

LUMETTA: Something about how any legislation that passes in this divided Congress is remarkable, but especially something as contentious at same-sex marriage is surprising. They got 12 Republicans to support it by adding an amendment that purports to protect Religious Liberty.

REICHARD: Does this represent a grand compromise?

LUMETTA: Many conservatives don’t see it that way. Yesterday while the Senate was meeting, I interviewed Jay Richards, a fellow at the Heritage Foundation. He studies religious liberty and civil society. I’ll play an excerpt here from our conversation.

Dr. Richards, I wonder if you can tell me a little bit of background about the Respect for Marriage Act, the Supreme Court ruled in 2015 that the Constitution already guarantees a right to same sex marriage. So why do we have a new law in the works now?

RICHARDS: The fact that the law actually will not do anything new that's not already in place should indicate to people that it's really not about same-sex marriage. Obergefell, the decision by the Supreme Court, essentially created a right to same-sex marriage and all 50 states. That's already in place. If President Biden signs the Respect for Marriage Act, the day after he signs it, nothing whatsoever will change for people that are already in same-sex marriages. The pretense for this is a reference that Clarence Thomas made in the decision on Dobbs this summer in which he talked about the need to reconsider some cases based on something called substantive due process, which is a kind of legal concept, but one of these had to do with same sex marriage. So the argument is that this now needs to be ratified and made statutorily powerful. So, in other words, made a law by the U.S. Congress in order to strengthen it. But in fact, there's no movement to reverse Obergefell. There's no sort of plausible pathway to have that happen. And this law, unfortunately, is about something else, which should be no surprise to anyone that knows Washington D.C. Laws are usually not what they're actually named. The name is usually for marketing purposes and doesn't describe what they actually do.

LUMETTA: So if you could rename the Respect for Marriage Act, what would it be?

RICHARDS: A more accurate name for the Respect for Marriage Act would be The Eradication of Religious Liberty on Marriage Act. That's really what this is about. And that's the effect of this Act. The Act, as I said, will not change anything with respect to same sex marriage, what it will do is it will make it much more difficult for religious organizations that aren’t explicitly churches, and for religious individuals in the workplace to exercise their religious beliefs and their religious freedom with respect to their views of marriage. So imagine, for instance, a Catholic adoption agency. It’s not a church, but it tries to maintain its fidelity to Catholic doctrine. It wants to place kids in adoptive families with a married mother and father. Under the Respect for Marriage Act, they could actually be violating someone's civil rights. The Department of Justice could come after them with criminal penalties. And they can also be sued by local families of same sex married couples in civil court. So they could actually get punished legally in two different ways, simply for expressing their religious beliefs on marriage.

LUMETTA: Well, speaking of religious liberty, it seems like a main reason why so many Republicans have decided to support the Act is because it would have amendments to protect religious liberties. What is your take on those amendments? Do they go far enough?

RICHARDS: Well, it depends on which amendment. So if you talk about Senator Lee's amendment from Utah, he gives robust religious liberty requirements. Here's what people should look for is you want religious liberty protections that don't simply protect clerics in the exercise of their religious duties. So, for instance, a priest who is marrying someone in a Catholic church. No one thinks that a priest in that situation, for instance, is going to be compelled to conduct a same sex marriage. The weakest amendment, the Tillis-Collins amendment, would probably do that. That's all it would do. But only the Lee amendment is clear and explicit about protecting people in other situations. So, in other words, in the normal walk of life, the Jack Phillips from Masterpiece Cake Shop, for instance, who is already getting punished as a result of Obergefell, but is almost certainly much more likely to be punished as a result of The Respect for Marriage Act. And so what essentially is happening and what looks like is likely to happen is that Democrats will support this very weak tea amendment, which provides a fig leaf of protection for religious liberty, but doesn't actually do it. And then they will oppose something like the Lee amendment, which would really provide robust religious liberty protection but is unpopular. And so you know, if people say that, well, this one amendment will already protect religious liberty, I say if that's true, why will the Democrats not support the Lee amendment which would do these things explicitly?

LUMETTA: So if the Tillis amendment has a better chance of passing, could you say a little more specifically, what does that amendment do? What does it protect?

RICHARDS: Well, it protects religious belief. So if you believe in your heart that marriage is about the union of a man and a woman, and conjugal union for the production and the raising of children, you'll be free to believe that after the Respect for Marriage Act, but of course, that freedom is available to North Koreans and the Chinese. We're free to believe private things in our heads. In the United States, religious liberty is about the free exercise of religion, which means working out the implications of your belief in not just private life, not just in church, but in public life.

LUMETTA: And you brought this up a bit, but let's talk more generally about a Bible-believing Christian who maybe isn't in a religious vocation, what does this act mean for their daily life? How will this affect Christians?

RICHARDS: Well, of course, it depends on whether the question of marriage ever comes up. I give the example of Jack Phillips and the Masterpiece Cake Shop who has suffered for years and years as a result of his fidelity to his understanding of Christian marriage in Colorado. Now, in this case, he was punished by the Colorado Civil Rights Commission, which punished him effectively for declining to create wedding cakes for a same sex marriage, which he said, I'm happy to, you know, I don't discriminate in my services on people. But what I don't want to do is participate directly in my cake-making activity in a same sex marriage to which I'm opposed. He's been called before courts, gone all the way to the Supreme Court, continues to be punished. It's people like Jack Phillips that will really lose because notice, in this case he's being called to participate in a same sex marriage, in the normal exercise of his vocation of his job, which is to make cakes, to bake cakes, including for weddings. It's going to be very hard for people like Jack Phillips to be able to exercise their vocation in ordinary course of life, because that's not an explicitly religious activity inside a church.

LUMETTA: And lastly, another key talking point that proponents of the Respect for Marriage Act have said is that it will protect what the Supreme Court has already decided is constitutional. But they also bring in the it would protect interracial marriages, and that this is just a common sense thing that needs to be passed that is already generally accepted. Can you talk a little bit about that angle?

RICHARDS: The Respect for Marriage Act has absolutely nothing to do with interracial marriage, which first of all, is not being challenged. It's not opposed by anyone. There's no campaign to overturn interracial marriage. In fact, this has been a long-standing canard by advocates of same-sex marriage to compare it to interracial marriage. The obvious difference between same-sex marriage and interracial marriage is that if marriage is about the conjugal union of a man and a woman for the bearing and the raising of children, race has nothing to do with that. The sex of the partners has everything to do with that. So behind this is this kind of deeper metaphysical and social question about the nature of marriage. Marriage for Christians has a very particular meaning. But there's just this broader kind of philosophical and really biological question: Is marriage a sociological institution that protects and expresses a prior biological reality? Or is it really just a kind of romantic attachment that we ratify? If it's just a romantic attachment, it's honestly not clear why the state would have anything whatsoever to do with it. It's not the state's business what my private dispositions are. The state is only and ever had an interest in marriage precisely because it's the context in which we think children ought to be raised, and without which you actually ultimately, over the long term, don't have a society. So I see this both as a further erosion of the proper definition of marriage and also just greater infringement on people's religious liberties when it comes to the question of marriage.