The unlikely origins of the capital’s cherry blossom bonanza 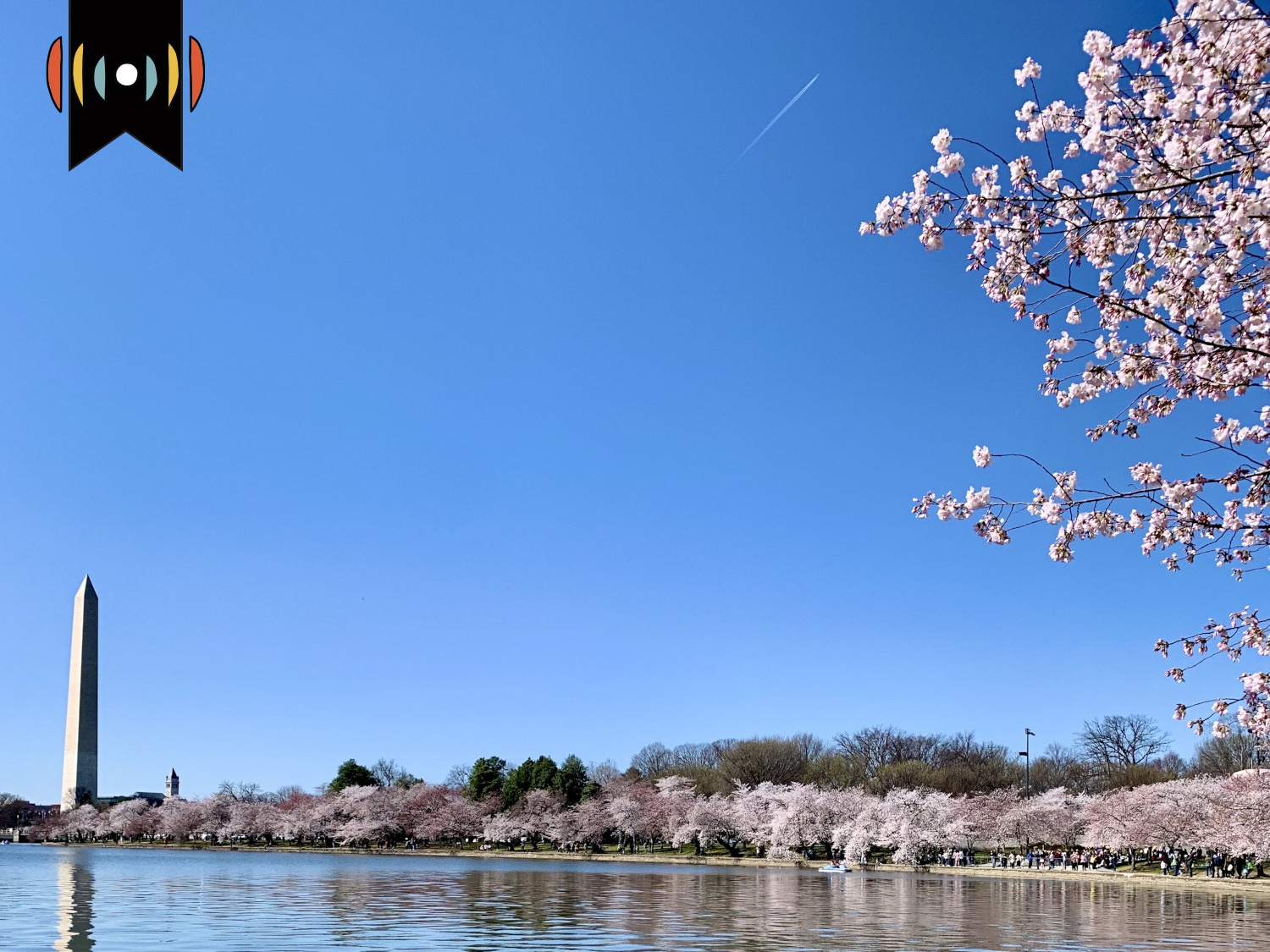 MARY REICHARD, HOST: Today is Wednesday, March 30th. Thanks so much for turning to WORLD Radio to help start your day.

This past Saturday marked the 110th anniversary of the planting of those trees. A gift from Japan. Today, WORLD reporter Jenny Rough brings us the story of how that gift came to be.

PARSELL: They are not fully out. They’re only out about I’d say 2/3rds. So they’re not at their peak yet.

JENNY ROUGH, REPORTER: Diana Parsell has lived in Washington, D.C., for over 40 years. She never misses the cherry blossom show each spring. Over 3,000 graceful trees fill the city. Mainly in Potomac Park around the Tidal Basin—a reservoir near the National Mall.

PARSELL: Most of them are this white variety that you have called Yoshino. This is really like the crème de la crème of the cherry trees. There’s a Kwanzan. Some are pink. There are different varieties, and they sent a dozen varieties.

Parsell says many people know that the trees were a gift from Japan to the United States in 1912. But few are aware that the idea originated with an American journalist.

Parsell learned the full story herself when browsing a bookstore in Asia. There, she picked up a travelog published in 1897.

PARSELL: It just had the initials of the author, E.R. Scidmore. And I said, “Gee, that’s quite a fascinating little book.” It was very well-written, very lively. And I said who is this guy? And when I went online and did Wikipedia research, I was stunned to find out that it was an American woman.

Eliza Ruhamah Scidmore. The journalist who proposed the idea of cherry trees in Washington. And that little book bloomed into a passion for Parsell, whose forthcoming biography on Scidmore is due out next year.

As a child, Scidmore excelled at spelling and language. She loved geography. Most kids play with games and toys.

PARSELL: With her, it was maps and a globe.

At age 19, Scidmore got her start as a reporter. Back then, much of Washington was marshland. Mucky. Smelly. Prone to flooding. In the 1880s, city planners decided to fill in the marshland and create a park. Scidmore reported on it.

PARSELL: She went to the top of the Washington Monument when it was still under construction. And she gets to the top, and she looks out over, and this is in 1883, and she says, “This is going to be the most magnificent park in the city and a scene of great magnificence,” or something like that.

Soon after, Scidmore began traveling to Japan where her brother worked. For the first time, she saw cherry trees. Not the edible fruit variety. Decorative trees with delicate blossoms.

PARSELL: There was a famous park in Japan called Mukojima. And it was this mile long avenue of trees in Tokyo, along the Sumida River.

A flurry of petals like snow in the wind. Potomac Park immediately came to mind.

PARSELL: And she said oh, what this new park needs is some of these Japanese cherry trees.

She imagined not only trees, but the recreation of a tradition that still goes on in Japan today.

PARSELL: Hanami, cherry tree viewing. It’s really been a tradition for like a thousand years. People picnicking under the trees, office workers, families, friends coming together. And she wanted to recreate that experience of seeing people congregating in harmony and peace under the trees.

Three times Scidmore proposed the idea to different park superintendents—in different administrations. Three times, she got the same answer: No.

Then, in 1909, William Howard Taft came to the White House. Mrs. Taft took on the project of beautifying Potomac Park. She wanted to add a bandstand for concerts. A newspaper announced the plan. And Scidmore saw another chance.

The two women found a few at a domestic nursery.

PARSELL: But Eliza Scidmore was so excited, she shared the news with a Japanese man that she knew who was in town that weekend. Jokichi Takemine.

PARSELL: He got very excited by this. And he said I want to contribute 2,000 trees to Mrs. Taft for her project.

The gift was arranged. The trees arrived in the winter of 1910.

PARSELL: Unfortunately, the Department of Agriculture inspected the trees and said, no, no, no. These are full of pests and disease.

PARSELL: It was spring already. The planting season, and so they put together this very quick little dedication ceremony. 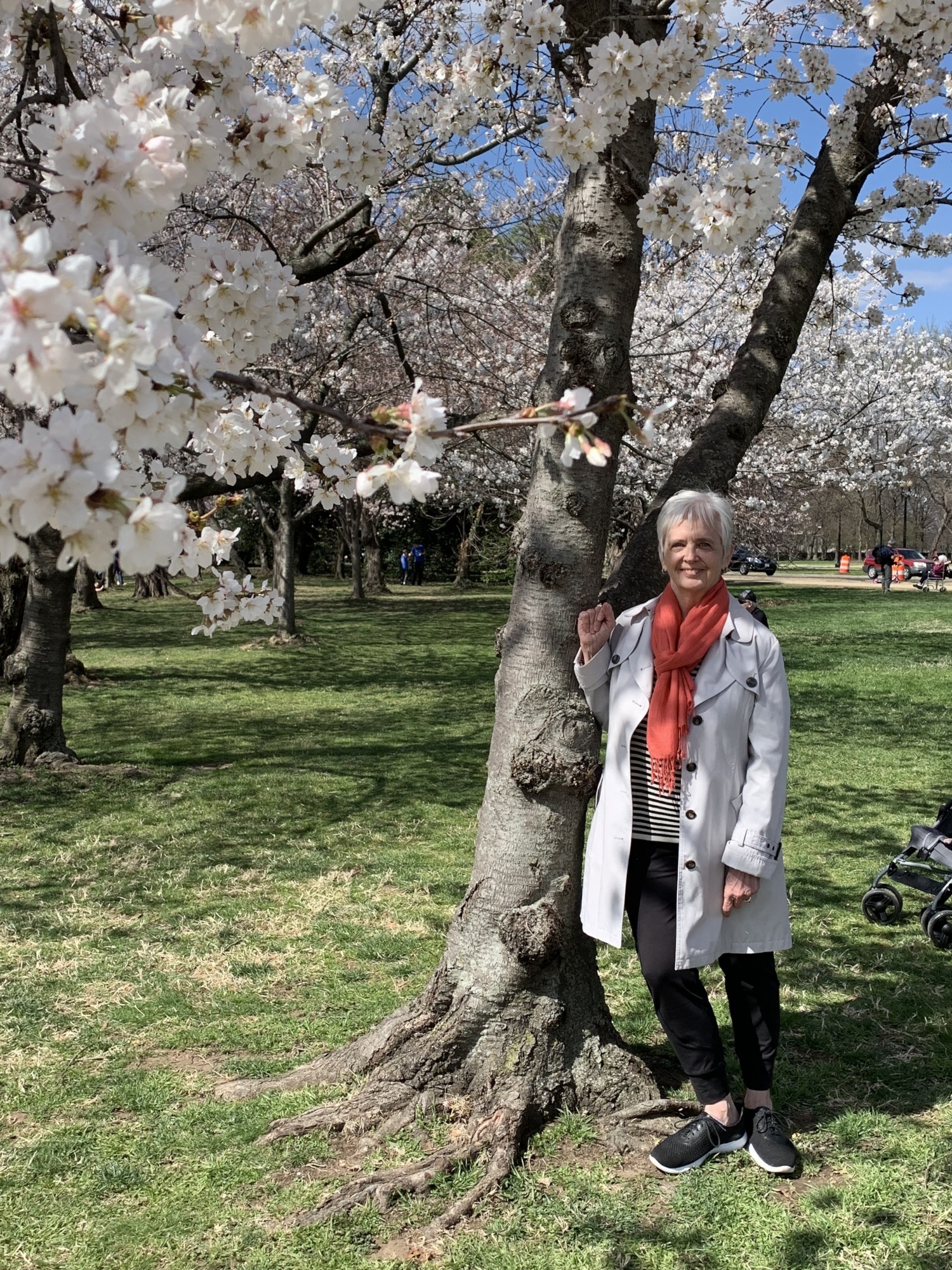 Diana Parsell stands next to the first cherry tree planted in Washington, DC, 110 years ago Photo by Jenny Rough

Mrs. Taft planted the first one. The second stands right next to it—to this very day.

PARSELL: Those two trees are here. They live only about 40 years typically. These are 110 years now. There are about 100 of the original trees left.

Cherry blossoms only last for about 10 days. Even though they’re not mentioned in the Bible, they remind us of many passages.

Author and gardener Shelley Cramm gives this example from Isaiah 40:

And trees like the cherry blossoms declare God’s greatest work.

CRAMM: God created the seasons. Of all the seasons, oh gosh, spring is the one so anticipated because it does come after that dark winter. And we do get ourselves through those dark times by remembering, you know, the light is coming. Things will bloom again. And so really, I mean spring testifies to resurrection. God brings life after death. That's what he does. That's what he is done for us. I mean it’s his biggest message.