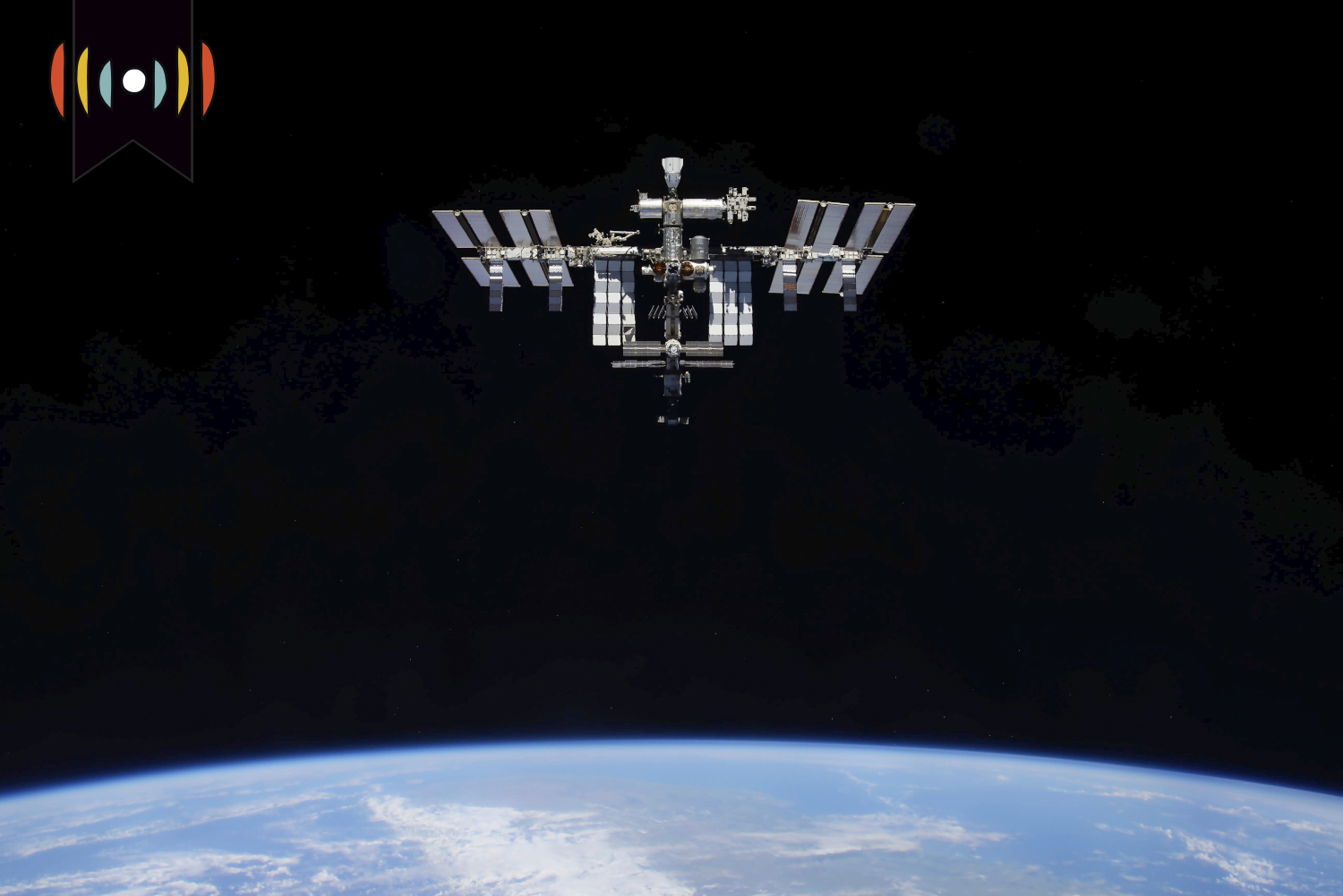 You’re listening to The World and Everything in It and we’re so glad you are! Good morning, I’m Mary Reichard.

The international space station is in blissful orbit, 248 miles above the war in Ukraine—literally above the fray. Nevertheless, the war has strained relationships. Still, work goes on as usual for the crew of three Americans, one German, and three Russians.

REICHARD: But threats by the head of Russia’s space program to end the 30-year mission are complicating future partnerships in space.

BONNIE PRITCHETT, REPORTER: Last month, the Russian space agency Roscosmos posted a video online that appeared to show the end of the International Space Station. In the video, three cosmonauts wave good-bye to their colleagues and move into the Russian section of the station. Then, with a song called “Farewell” playing in the background, the video appears to show the main part of the space station falling toward Earth.

Roscosmos director Dmitry Rogozin punctuated the caustic joke with threats to abandon the ISS if the West doesn’t end sanctions against his country.

PACE: And what's fairly clear here is despite some of the incendiary tweets from Rogozin, Putin is not looking to Rogozin for advice.

But Pace doesn’t completely disregard the threats either.

Jean-Jacques Tortora directs the European Space Policy Institute in Vienna. He says the war in Europe jeopardizes more than the ISS.

TORTORA: The biggest impact which was an immediate impact that we had to face in Europe is the discontinuation of the exploitation of the Soyuz launcher from the Guiana Space Center…

The spaceport in French Guiana is the launch site for the European Space Agency, or ESA. Last month ESA suspended its partnership with Russia, including the use of its workhorse Soyuz rocket. In response, Russia recalled its personnel from the site.

TORTORA: So, this is the major impact that we have to face. And it has immediate consequences on a number of the European programs. The most prominent of them being Galileo…

Galileo is Europe’s GPS satellite system. It’s partially deployed and operational. But its completion depends on the ESA finding a replacement for the Soyuz rocket.

Also grounded are commercial Vega Launchers, designed to carry small to medium-size satellites into orbit. Their engines are supplied by Ukraine and Russia. And ESA’s ExoMars mission to search for evidence of past life on the red planet is indefinitely sidelined.

The International Space Station is scheduled for decommissioning by 2030. That raises big questions about future international partnerships. The station’s cooperative experiment has inspired ongoing space exploration that, now, may not include Russia.

Kazuto Suzuki is a professor at the University of Tokyo’s Graduate School of Public Policy.

SUZUKI: Yes, of course, they, there will be a big change in post-Cold War structure of the international cooperation in space…

After the collapse of the Soviet Union, the United States and its international partners, including Japan, invited Russia to participate in the ISS mission.

SUZUKI: But when the war broke out in Ukraine, Russia unilaterally left this framework. But United States and  Russian are not really in the position to cooperate, and nothing to symbolize the cooperation.

Aside from Russia, Suzuki points out another complication.

SUZUKI: And then the, you know, the new actor, China is also playing the sort of a third party of this…

Geopolitical tensions on Earth are compounded by the quest for natural resources in space driven by nations and private companies.

Jean-Jacques Tortora agrees about the need for guiding principles. But he rejects the first-come, first-served solution.

TORTORA: So, definitely, on the European side, there is a little taste for international rivalry or international competition. What I would really suggest would be maybe to consider having the UN or a dedicated working group, where with composed of a number of international experts, really sitting together and defining the way the treaty should read, at least on this specific topic on the of the commercial exploitation of the of the space resources…

In 1967, world leaders signed the Outer Space Treaty, an agreement that established basic rules for working in space. Tortora says it could provide a foundation for creating future operating rules.

And the need for those rules could come sooner than we think. Scientists are already looking forward to the potential discovery of water on the moon. Whoever finds and accesses it first could have the power to sustain long-term missions there. And that could cause territorial disputes—a down-to-Earth problem that the three policy experts believe must—and can—be avoided.

TORTORA: And I think that if there is one area, which is really very appropriate to maintaining noncontroversial relations with with any developed country, I think this is space exploration. Because they are this is very easy to identify a joint objective that benefits to all of us. And, frankly speaking, would you challenge me to find another one, I would be unable to do so.