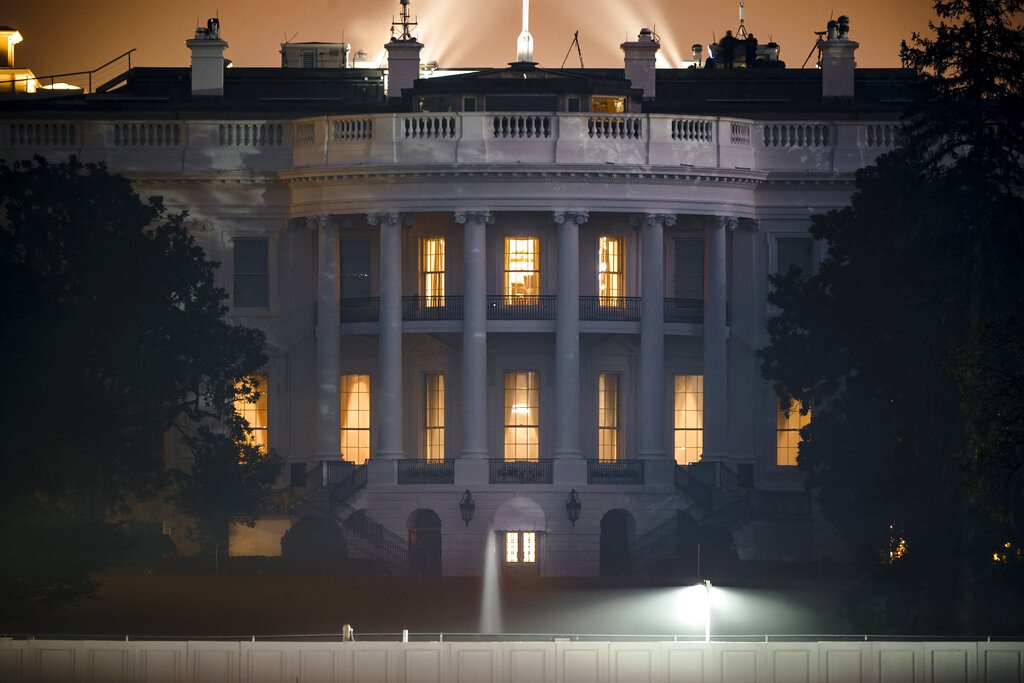 MARY REICHARD, HOST: It’s Tuesday, the 10th of November, 2020. Glad to have you along for today’s edition of The World and Everything in It. Good morning, I’m Mary Reichard.

Joe Biden declared victory over the weekend, but President Trump has not conceded. He’s filed legal challenges in several states, alleging fraud. But the Trump campaign must prove that claim with specific, credible evidence. And it will be up to judges to decide if the evidence is compelling and clear, and—most importantly—whether it could change the outcome of the contest.

REICHARD: And until that happens, the wrangling over this election is far from over. Joining us now to talk about the latest developments is Jamie Dean. She’s WORLD’s national editor and chief political reporter.

REICHARD: When the Associated Press called the race for Biden on Saturday, that largely hinged on Pennsylvania, where he led by a little more than half a percentage point. Pennsylvania’s state law requires an automatic recount if the margin is 0.5 percent or less. So why did AP, followed by other media outlets, conclude the race was over?

DEAN: The Associated Press issued an explainer about this over the weekend. Basically, they said they concluded Biden’s lead would stay above the .5 percent margin as the final votes were counted. Here’s a quote from that explainer published on Saturday: “There are roughly 62,000 mail ballots remaining to be counted. Biden has won the overwhelming majority of mail ballots cast in the state.” End quote.

AP also estimated an additional 100,000 provisional ballots remained to be counted in Pennsylvania, as of Saturday. So, what about those votes?

In their explainer, they said that their analysis of, quote,“a small set of provisional ballots from Trump-leaning counties showed Trump was winning them by a smaller margin than his Election Day vote totals in those counties. The analysis led AP to conclude Trump could not gain enough votes from provisional ballots to overcome Biden’s margin.”

REICHARD: And that did seem to bear out on Monday…

DEAN: Right. When AP called Pennsylvania for Biden on Saturday, he was leading by .51 percent of the vote. Remember, it takes a margin of .5 percent to trigger an automatic recount. But by Monday, Biden was leading by .67 percent. So his lead was growing.

If Pennsylvania did somehow wind up going to a recount, it’s relatively rare for a recount of a statewide race to change the outcome of an election. But even if the chances are slim, the Trump team may continue to cite ultra-slim margins as a reason to continue with challenges.

REICHARD: This situation has put Republican lawmakers in a difficult spot. How are they handling it?

DEAN: Some high-level Republicans remained quiet over the weekend: Senate Majority Leader Mitch McConnell hadn’t commented—either way—by early Monday. House Minority Leader Kevin McCarthy was quiet on Saturday, but on Sunday, he said, that we need to quote, “make sure every legal vote is counted, every recount is completed, and every legal challenge should be heard.” End quote.

Some Republicans did congratulate Biden, including former President George W. Bush, Senator Mitt Romney of Utah, and retiring Congressman Will Hurd of Texas. Others urged Trump to continue the legal process and said that voters should wait for the outcome.

Senator Josh Hawley of Missouri was one of them. He tweeted on Saturday: “The media do not get to determine who the president is. The people do. When all lawful votes have been counted, recounts re-finished, and allegations of fraud addressed, we will know who the winner is.”

REICHARD: So, Jamie, what are you watching for in the days ahead?

DEAN: While many think the current math makes a Biden win inevitable, this week will reveal a couple of things: It will show whether Trump’s legal team makes headway in courts. As we said earlier, the burden is on the president’s legal team and other Republicans to give specific, credible evidence of any voting irregularities that would change the outcome of the election.

This week we’ll also see whether the president continues to reject calls to concede before the litigation is complete. Whatever the case, the clock is ticking: Members of the Electoral College are set to cast their votes for president on December 14th.

REICHARD: What is the Biden-Harris team doing between now and then?

DEAN: They’re beginning to build their transition teams and lay the groundwork for taking control of the White House in January. I think we’ll have a lot to follow on that front in the weeks ahead. But don’t forget another major front to follow: Who will control the Senate?

This is an enormously important question, and will have a major impact on the shape of the presidency. It’s the question of whether Republicans will retain their majority in the Senate, along with their ability to thwart at least some of Democrats’ ambitions.

Those ambitions are big: Biden has spoken of expanding Obamacare, investing aggressively in climate change legislation, rolling back some of the provisions of Trump’s tax cuts, and passing the Equality Act—a measure that could pose direct challenges to religious liberties.

So what happens in the Senate will directly affect what and how much a Biden White House could do.

REICHARD: Finally, remind us where the battle for the Senate stands.

DEAN: It’s all coming down to two Senate races in Georgia that are headed to run-offs in January. At the moment, it appears Republicans are likely to control 50 seats in the Senate, and Democrats will control 48. The two run-off races in Georgia will determine whether Democrats can pick up two more Senate seats and bring them to a 50-50 tie in the Senate.

If Democrats do prevail in both of those races, a presumptive Vice President Kamala Harris would break any tie in the Senate. That means the shape of the next presidency is still very much up in the air, and that for the next couple of months, it looks like it’s going to be Georgia on our minds.

REICHARD: Jamie Dean is WORLD’s national editor and chief political reporter. Thanks so much for joining us today!