Voting for the first time in Georgia

WORLD Radio - Voting for the first time in Georgia 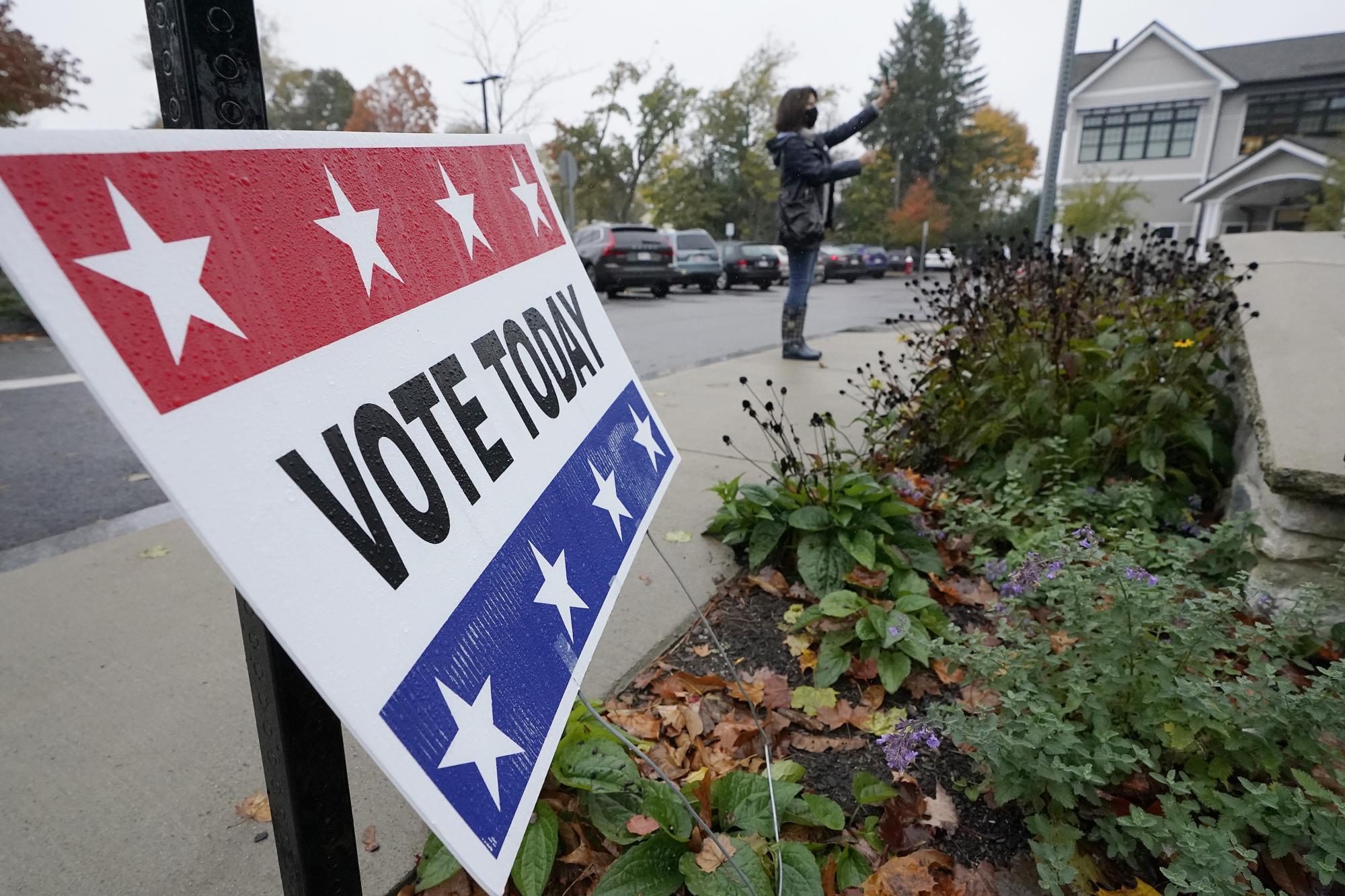 MARY REICHARD, HOST: Coming up next on The World and Everything in It: voting … again!

One week from today Georgia voters will go back to the polls for two high-stakes Senate runoffs. The outcome will determine whether Democrats or Republicans control the Senate.

NICK EICHER, HOST: While all eyes are on Georgia, there’s a group of first-time voters also getting lots of attention, too: Students who turn 18 before the January 5th. That’s the date of the runoff. WORLD Senior Correspondent Myrna Brown has their story.

AUDIO: [Student chit chat, Are you all doing in person or online school? In person.]

NICHOLAS OGBURN: I think I’ll walk in nervous but excited.

RUBEN LEON TORRES: I actually don’t have a decision yet. I’m still deciding.

CAITLIN PATCH: I feel like I’ll walk in confident and excited but I’m also nervous because this is a whole new thing for us…

Like 23,000 other Georgia teens, Ra’Nyia Dunn was too young to vote in the November 3rd general election. But when the varsity cheerleader turned 18 on December 15th, her grandmother reminded her about her new adult responsibility.

RA’NYIA DUNN: She was like, have you registered to vote because it’s going to be a runoff election.

Taryn Lambert’s 18th birthday was the fuel that ignited her family’s dormant sense of civic duty.

TARYN LAMBERT: None of my family ever voted in an election, like my mom or my dad before and they’re like, it’s really important that we get out and vote and finally use that privilege and right that we have as Americans.

Nicholas Ogburn turned 18 on December 14th. As a dual enrollment student, he took a college course in government last semester.  Back then, the right and privilege to vote was just another chapter in his textbook.

NICHOLAS OGBURN: Whenever I took the class. We never talked about a runoff election, like it was just a vocab term.

Now Ogburn says he  understands what’s at stake. So does his classmate, Ruben Leon-Torres. He turned 18 on Veterans Day.

RUBEN LEON: If it goes all blue that means laws and bills can pass easily as the Democrats will pass on the ideas of the new president-elect. And if it goes red, that’s the only thing that will be able to stop him, as they have different ideas.

And because all ideas have consequences, Morgan Hannah says she’s doing her best to resist the urge to lean to her own understanding.

MORGAN HANNAH: To me, religion is so important to the election. It’s going off of what God says is right for me and not what I say is right or what other people think is right. So that’s been affecting how I’m going to vote, I think.

Dunn and Ogburn are also counting on their faith to guide them as they prepare to vote in the runoff elections.

RA’NYIA DUNN: If I pray, if I pray about the decisions that I know are going to be tough for me, He’ll guide me and lead me to the right decision because, God is God, you know.

NICK OGBURN: So I’m preparing for this election mainly through conversations with a lot of the people from church. Because a lot of mornings before service we’ll sit through, we’ll talk about politics.

But Torres and Lambert have different perspectives on the role faith should play in political choices.

TARYN LAMBERT: For me personally, I really don’t follow any specific religion. I’m not Christian. I consider myself agnostic.

RUBEN LEON-TORRES: For me, I’m a Cathlolic. I don’t bring faith into politics. I mostly go based off of research and logical decisions of how it will affect me and everyone else.

MYRNA QUESTION TO STUDENTS: So let me ask you this, I heard a lot of you say, I know there are people in my family, we have different views, what is this teaching you about dealing with people who don’t think like you?

DUNN:  I grew up in all blue households. I’ve never actually had like an actual political kind of argument or conversation with somebody from the other side… but it definitely  has opened up my eyes to accept that we are the United States and we are one country and at the end of the day we have to agree to disagree.

PATCH: I think it’s really important to realize that it’s ok that everyone or people have different opinions than you and I think it comes down to respecting that.

LAMBERT: And despite your age, it doesn’t make you any less knowledgeable or your feelings are just as important.

OGBURN: It’s teaching me a lot about patience and not getting loud within a conversation.

As they neatly fold and re-stack their chairs, these young, first-time voters say whatever the outcomes of next week’s races, their participation ensures they’ll one day have a story to tell their children.

HANNAH: I’ll probably tell them, it’s all part of His plan. So like either way it goes, it will affect the future the way it is supposed to.