In this Thursday, Aug. 26, 2021 file photo, a syringe is prepared with the Pfizer COVID-19 vaccine at a mobile vaccine clinic in Santa Ana, Calif. Jae C. Hong/Associated Press Photo 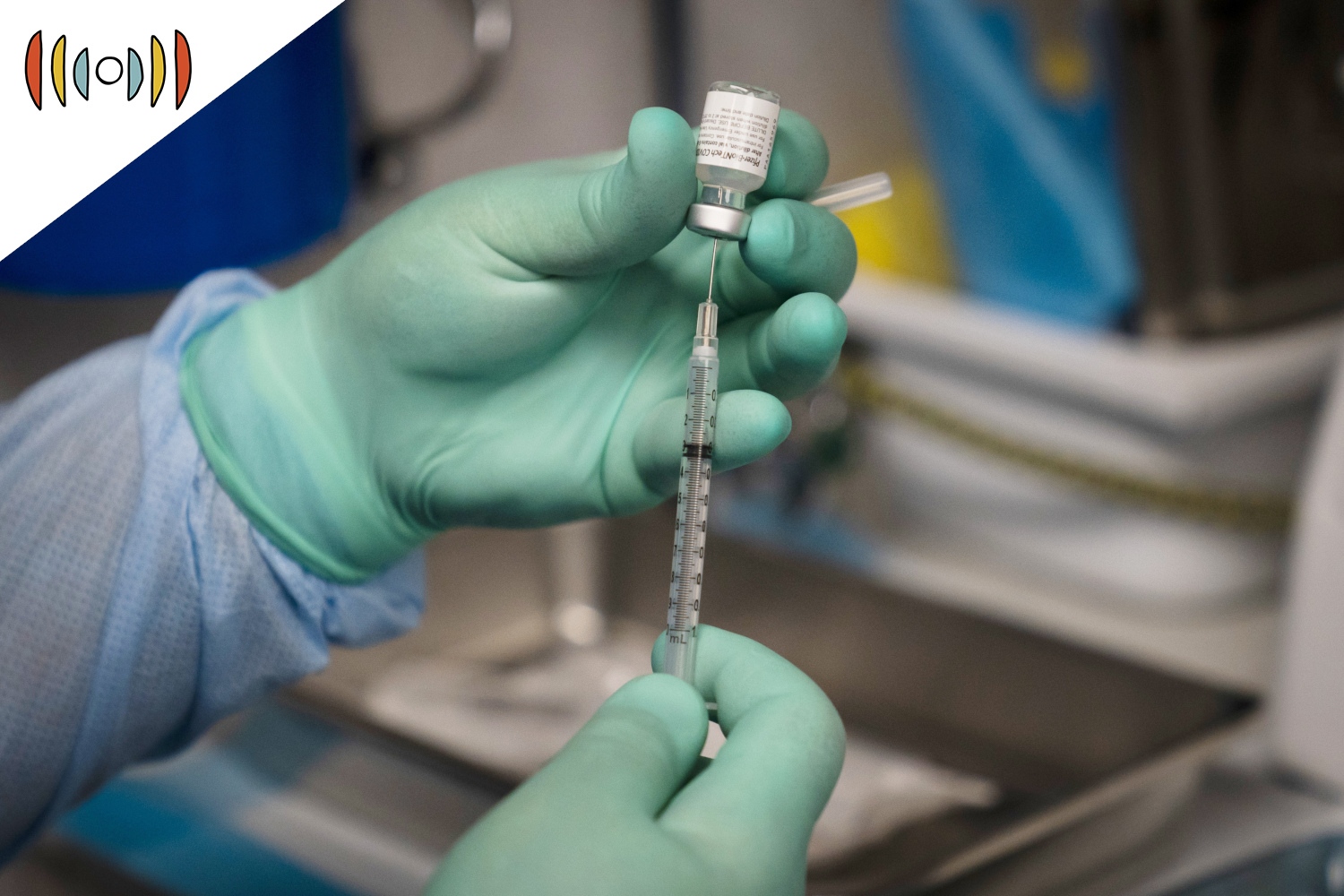 MARY REICHARD, HOST: It’s Tuesday the 14th of September, 2021. Glad to have you along for today’s edition of The World and Everything in It. Good morning, I’m Mary Reichard.

On Thursday, President Biden announced sweeping vaccine mandates for four categories of Americans: workers in private companies that have 100 or more employees; most federal workers and federal contractors; teachers and staff at federal programs related to education; and finally, healthcare workers at facilities that receive money from Medicare or Medicaid.

REICHARD: All-in-all, the mandates cover about 100 million American workers. If they don’t comply, they could face getting fired. WORLD’s Sarah Schweinsberg reports.

SARAH SCHWEINSBERG, REPORTER: In some respects, Rebecca wasn’t all that surprised by the Biden administration’s new vaccine mandate. She figured the government would require federal employees and maybe even medical workers to get vaccinated.

But she was surprised her company got caught up in the requirements.

Rebecca works for an appliance repair business in Washington state. It has about 130 employees. We’re not using her last name to protect her job.

REBECCA: I don't think anybody thought that it would be mandated for private, like, employers, especially. So yeah, I think I am a little surprised on that.

REBECCA: I don't feel like the government should be telling us what to do.

Her husband works at a hospital, so he’s also affected by the mandate. If the federal government is able to implement its vaccine requirements, they could both lose their jobs.

REBECCA: So our life is up in the air.

But that’s a big ‘if” says Jonathan Emord. He’s an attorney who specializes in health law claims. He says the Biden administration’s mandates violate the Constitution as well as federal law.

EMORD: So for those who have natural immunity, this likely violates the Equal Protection Clause of the Constitution. It likely violates the 10th Amendment. And as applied to the States that would violate what's called the anti-commandeering doctrine, which prevents the federal government from commandeering the states and forcing them to implement a federal mandate. He has usurped the power of Congress, because Congress has the exclusive power to make the laws. Then there are federal statutory laws that he's violating. So under Title V of the Rehabilitation Act, which implements the Americans with Disabilities Act on the federal level, he has violated the rights of those who are disabled.

Emord believes lawsuits will swamp the mandates—lawsuits that could take months if not years to litigate.

EMORD: It's going to drown the nation in a cesspool of litigation. And as a result, years will pass before there's any resolution to this.

Some Republican governors are already threatening legal challenges, taking to Twitter to voice their opposition. They especially take issue with the mandate requiring private companies to get their employees vaccinated—something that would cover 80 million workers.

On Friday, President Biden said he would welcome the lawsuits.

Some legal experts say the president is on solid legal ground. Lawrence Gostin is a professor of global health law at Georgetown University.

GOSTIN: President Biden doesn't have the general power to require vaccinations across America. But he does have substantial, specific powers. As a funder for Medicaid and Medicare, he can set reasonable conditions on the receipt of Medicare or Medicaid funds. In this case, asking hospitals and health care facilities to vaccinate everyone. And under the Occupational Health and Safety Act, Congress gave him express power to regulate health and safety in the workplace. And that's why he's able, clearly, to require vaccines in large businesses across the United States.

But the president’s mandates reflect a substantial change in position with his administration resisting earlier calls for nation-wide mandates.

Dr. Amesh Adalja is an expert in infectious diseases at the Johns Hopkins Center for Health Security. He says even though 65 percent of Americans are already vaccinated, the Delta variant forced President Biden’s hand.

ADALJA: I think that there's frustration, especially among healthcare workers, that we're continuing to deal with COVID-19 at a level that it shouldn't be at, because we've got such a great tool. And the the amount of data I think, is overwhelming in support of the fact that what we are in is a pandemic of the unvaccinated, the pandemic of the non immune.

But President Biden’s order could have downsides…both for the economy and his popularity.

In a Washington Post-ABC News survey taken two weeks ago, only 16 percent of unvaccinated respondents said they’d get shots if their employer required them. One-third said they’d ask for an exemption while nearly half said they would quit. That could make the economy’s ongoing labor shortage even worse.

Mark Caleb Smith is a political scientist at Cedarville University. He says the mandates' popularity could go either way with employers and the public.

SMITH: I think there's an awful lot of virus fatigue out there. And maybe some people will welcome his action and see it as a strong step of leadership. It could also play in just the other direction, right, create a lot of enemies out of people who are sympathetic to him. They could view this as just such an amazing abuse of power, that they're no longer supportive of him.

Smith anticipates the courts will bring resolution to the legality of the mandates sooner than later.

SMITH: I don't think it'll be long and drawn out, because the courts can move really quickly, if they feel like they have to due to circumstances. I think we're probably looking at more like days or even a couple of weeks, in order to see some sort of resolution.

Meanwhile in Washington state, Rebecca and her husband both plan to file religious exemptions. But if those are denied, they face a difficult choice.