United in faith, divided by war

Fragments of a destroyed Russian military vehicle lie against the background of an Orthodox church in the village of Lypivka close to Kyiv, Ukraine, Monday, Apr. 11, 2022. Efrem Lukatsky/Associated Press Photo 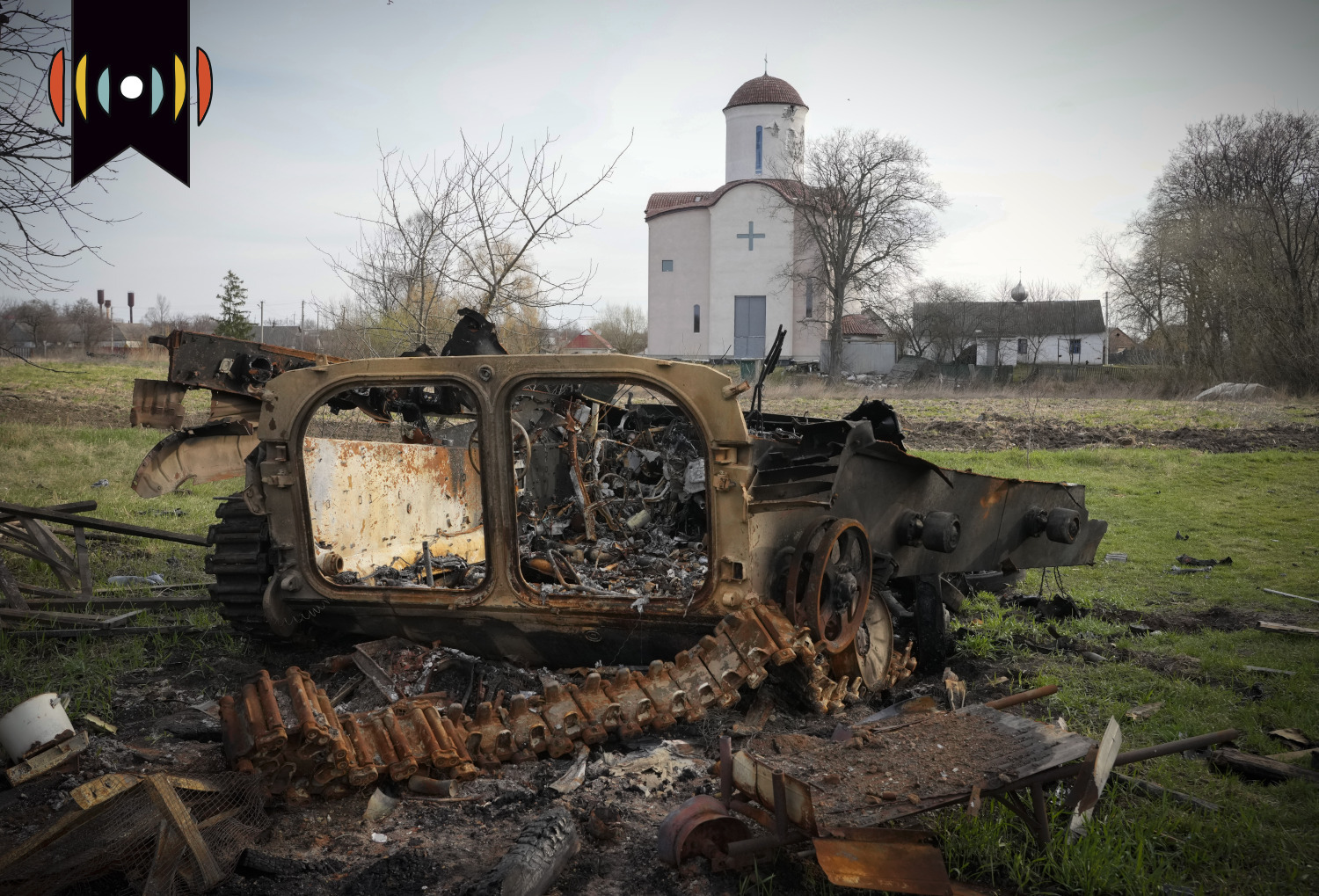 The Russian invasion of Ukraine has claimed thousands of lives and created 4 million refugees.

It’s also caused a rift between Christians in both countries.

Some Russian Christians have fallen for Kremlin propaganda. But others are counting the cost of speaking truth about the war in a country where the state is always listening.

MAGDYCH: I do understand that they're being afraid. They are afraid of Putin. I do get it. But from the other hand, I don't understand it.

He abhors what Russia has done to his country since the first invasion eight years ago. And now he’s part of a territorial defense unit fighting against a second deadly invasion.

MAGDYCH: This war has gone on for eight years now. And during this eight years, I've been in many discussions on Facebook with Russian Christians trying to tell them that what's going on is not right. And they as Christians, they have to stand for truth.

MAGDYCH: They were ready to die for what was right. So I know what it's like, and I don't understand Russian Christians.

Oleg Vasilevsky is a Ukrainian who operates Christian summer camps. Hundreds of Russian Christians have attended his camp training seminars in Russia, and he’s become friends with many of them. He expected his friends to immediately reach out after the February invasion.

VASILEVSKY: Only one person contacted me and asked me how everything was going on with us. I was so hurt that we serve people so much. You can serve people and they can turn around and kill you. You know that’s kind of the feeling.

Russian pastor Andre Furmanov sympathizes with the hurt and anger of Ukrainians. He too is frustrated with Russians who believe the Kremlin lies. But he says sometimes there’s a deeper reason for Russian Christians adopting a less vocal stance against the war.

FURMANOV: Here in Russia, we have been treated as enemies for a long, long time. And if pastors just stand up and just say, okay, people off with Putin, off with his head and stuff like that. I love Ukraine, which we can do, but it's like they're going to kill us. Who's going to teach the truth? Who's going to help people figure out things? Because unfortunately as I’ve noticed people can’t really think for themselves.

He has traveled to Ukraine for ministry events and noticed how friendly Ukraine is to evangelical Christians. But in Russia, both the state and the Russian Orthodox Church are hostile to religious minorities.

FURMANOV: We've been very closely watched, kicked out of like, in the case of my church, we literally have been kicked out of every place we ever rented. We bought a place and it was destroyed by the pro Orthodox extremists who would actually call us extremists …

Moscow has stepped up its persecution of religious minorities in the past three years by expanding laws they say protect the country from religious extremism. As a result, some pastors have been arrested and churches raided.

FURMANOV: There is always a choice that we need to make. Like, even what I'm saying on social media, that's enough to put me in jail for 15 years. And all of my friends, literally all of my friends have said, be wise in choosing the hills to die on…

Moscow recently passed an amendment that establishes a 15 year prison sentence for anyone who portrays the war in a negative light. It requires Russians to use the term “military operation” instead of “war.” And police in Russia have arrested more than 15,000 anti-war protesters since the invasion began.

Moscow blocked popular social media sites in March, although many Russians have ways around the ban. Thousands of Russians have sensed a new iron curtain descending on the country and have left. Furmanov says he thinks the situation will only get worse.

FURMANOV: At this point, I know that they listen to my phone, they record my conversations. I know they do.

Russian President Vladimir Putin has increasingly targeted Christians since he came to power 22 years ago. Furmanov says his church is being watched.

FURMANOV: I also understand that we have rats in our Church. So being watched every step, every word.

He says if Christians in Russia want to be effective, they have to come up with less obvious ways to spread truth.

He regularly invites people into his home to discuss Kremlin propaganda, and as a result, few in his congregation support the official state position. And he helped write a letter for a young man who was drafted into the Russian military. It explained that he could not go to Ukraine because of his Christian values.

He says all the pastors he knows in his town of Vyborg are against the war. And he wants Ukrainians to know they are speaking out.

FURMANOV: I just want them to know that the fact that they don't see it outwardly doesn't mean that people are not doing things. People are. And one of the greatest things that the Russian pastors who are convinced, who know the truth and who believe the truth, they teach their flock and encourage the flock to pass on the truth to those who have been contaminated by the falsehood, by the lies.

And he has this final message for Christians in Ukraine:

FURMANOV: Please tell them how they're loved and how they're prayed for. I pray for total victory of Ukraine, and a lot of people here do as well, understanding that when that happens, it's going to come back at us in a very negative way, but it’s the right thing.