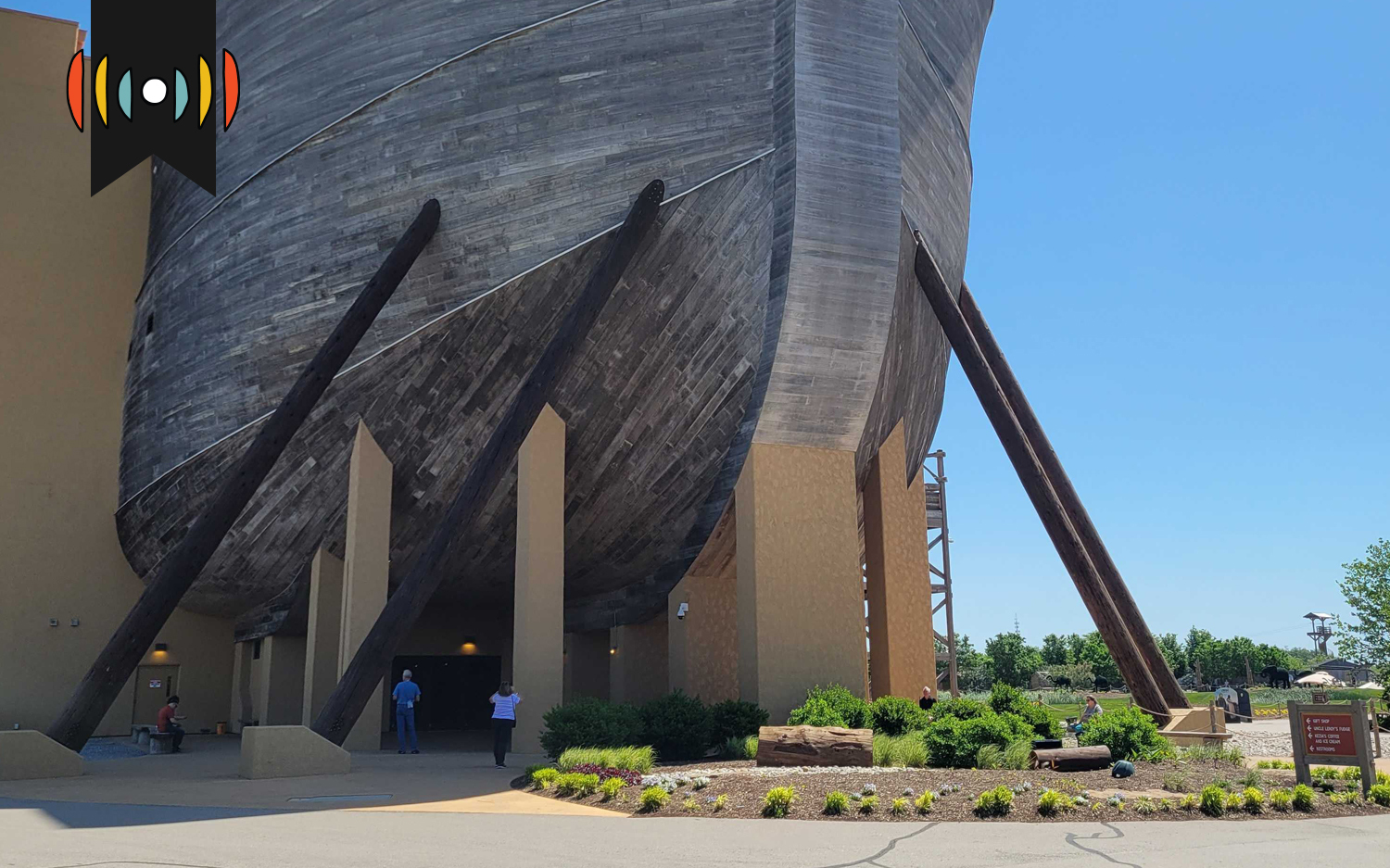 Thank you for turning to WORLD Radio.

Coming next on The World and Everything in It: Summer Road Trip! It’s not quite summer yet, but if you’re already preparing for that traditional family adventure, why not build your confidence in the reliability of scripture while you’re at it? Here’s WORLD’s Myrna Brown.

MYRNA BROWN CORRESPONDENT: It’s 8 a.m. and the early birds are already parked and positioned…visitors in cars and minivans waiting to drive through the gates of the 800-plus acre Ark Encounter.

My husband and I get to skip that step today, as we hop aboard a 20-passenger employee shuttle bus. Tim Chaffey has been catching this ride since the Ark Encounter opened in 2016.

TIM CHAFFEY: I remember when they offered me the position, one of the things I thought through was can I really spend the next five plus years of my life just being so narrowly focused on those first eight chapters or nine chapters of Genesis.

Chaffey developed and oversees much of what you read and hear when you visit the Ark Encounter. But his fascination with Creation began when he was a kid growing up in Wisconsin.

CHAFFEY: Like most boys, I think I was fascinated by dinosaurs, but I never bought into the evolutionary storyline, the millions of years of creatures evolving. I’ve always believed that the Bible is true from the very beginning to the very end.

Today, the 6 foot 8 former basketball player has both faith and credentials. With several masters degrees, Chaffey is working on a doctorate in advanced Biblical and theological studies.

He draws from that vast wealth of knowledge to answer a few of my head-scratching questions. But not before he gives us a quick tour of the massive structure. Stretching 510 feet in length and 85 feet in width, the Ark is enormous, dimly-lit, and timber-framed.

CHAFFEY: Alright, this is the way guests would normally come on the ark. (sound of thunder) What’s that? That’s the thunder so when you get in, the idea is that the flood is just getting started and so you’re going to hear the thunder.

We also pick out other clear, yet unidentifiable sounds. Snarls, snorts and squeaks made by exotic creatures Noah likely housed in small cages on the Ark’s first deck. Evolutionists wonder how he fit millions of different species on board.

CHAFFEY: You don’t have to. The Bible talks about in Leviticus how the life of the flesh is in the blood. Insects don’t have blood. When was the last time you saw insects go two by two?

Chaffey argues Noah only had to account for the 1,400 kinds of land-dependent animals, which represented all 40,000 species of identified land animals.

Moving now from the animals on board to the humans in charge. How could Noah build a vessel durable enough to survive such a catastrophic global event?

CHAFFEY: We know that the Lord told him how big the Ark needed to be; we shouldn’t assume that Noah was somebody who was unintelligent. And if you lived for over 900 years, like Noah eventually did, you can learn a lot of things during that time.

Chaffey adds there’s also much we can learn about how God prepares us for His purposes.

CHAFFEY: I can look back on my own life for years and years, God was preparing me to do what I do right now, long before I ever knew I was going to be doing it. Why couldn’t the same thing be true with Noah?

On any given weekend, as many as ten thousand people visit the Ark Encounter—including skeptics and doubters. Chaffey says most of them have the same question: How could he fit dinosaurs on the ark?

CHAFFEY: We believe that dinosaurs are made on day six. They’re land animals, so that would be the same day that man was made.

Chaffey believes that the fossil record is a record of a world-wide cataclysmic event. And that the flood created most of the fossils we see today. As dinosaurs showed up in those layers, that means they were present during the time of the flood.

CHAFFEY: And from the fossil record we estimate there are between about 50 to 90 kinds. The average size of an adult dinosaur is about the size of a bison, a large cow. And you could fit 50 to 90 pairs of large cows on board the ark.

But what about the 16-foot tall, 40-foot long T-rex dominating movie screens this summer? Chaffey says Noah likely brought the younger ones aboard.

CHAFFEY: One because they take less space, two they eat less and three they have less waste, which means you don’t have to clean up as much.

As we make our way back to the employee parking lot, we take one last look at a somber exhibit featuring Noah and his family praying.

CHAFFEY: When we were thinking about how they should look, our view has always been that Adam and Eve and then later on Noah, most likely middle brown because you can get anywhere from light to dark.

Chaffey points to Acts 17:26 when explaining the significance of skin tone. And He made from one man every nation of mankind to live. It’s a passage Chaffey says is reflected in the faces of Noah, his family and every man, woman, and child about to begin their journey through the Ark Encounter.

CHAFFEY: I have to remind people that we are all from one blood. We all go back to this and from a Biblical perspective, there’s no basis for racism. It’s a powerful message of unity, especially in this day when we truly need that

If you’d like to see some of what Myrna described from the Ark Encounter, she produced a companion piece for WORLD Watch, our video news program for students, that also airs today. We’ll post a link to that video in today’s transcript.