Secretary of State Antony Blinken appears remotely on a TV monitor to answer questions from the House Foreign Affairs Committee about the U.S. withdrawal from Afghanistan, at the Capitol in Washington, Monday, Sept. 13, 2021. J. Scott Applewhite/Associated Press Photo 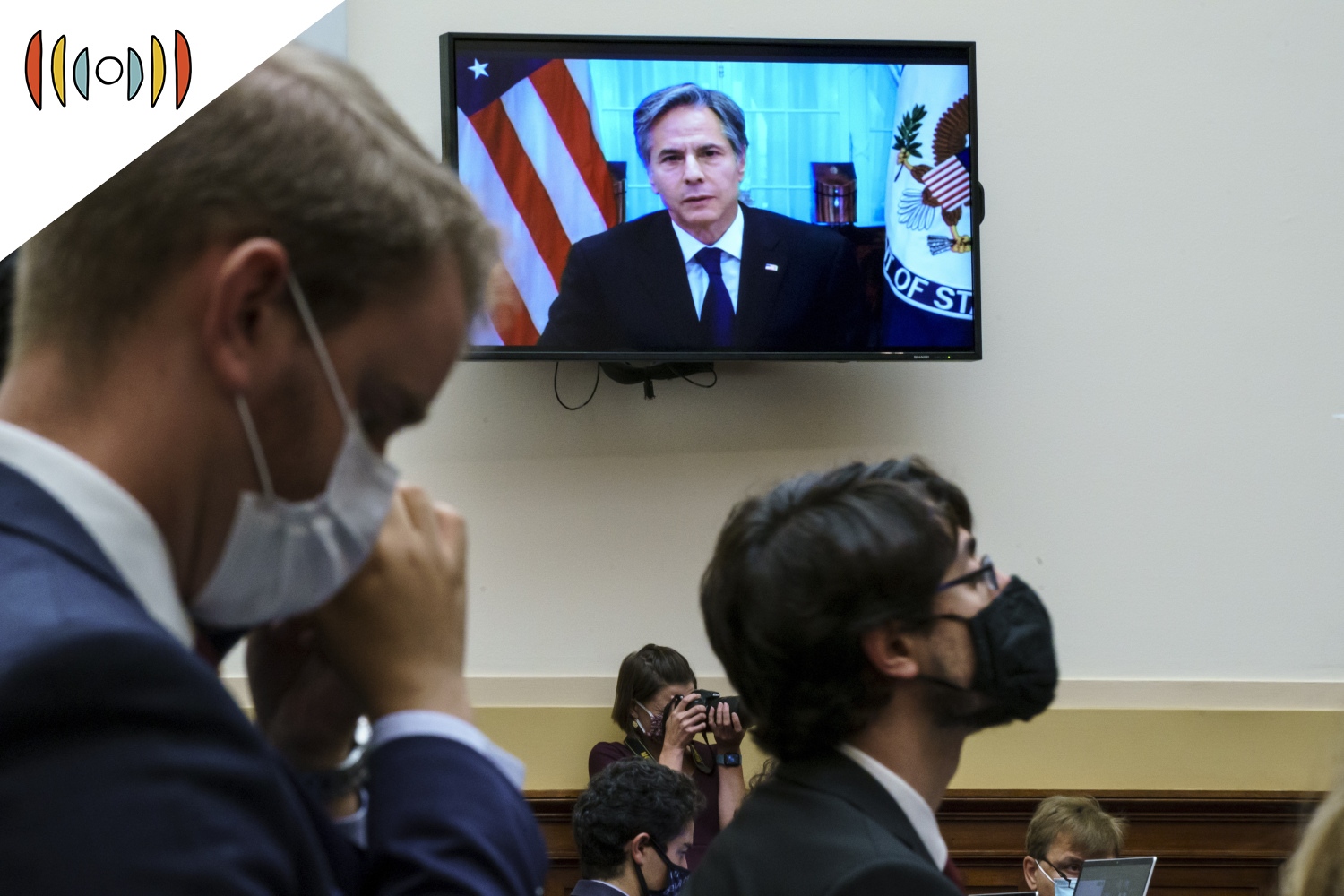 BLINKEN: Even the most pessimistic assessments did not predict that government forces in Kabul would collapse while US forces remained.

He once again blamed the Trump administration, saying President Biden inherited a deal with the Taliban to end the war. But Republicans have noted that the Taliban repeatedly violated that agreement.

The Ranking Republican on the committee, Congressman Michael McCaul, said he wasn’t impressed by the administration’s excuses.

MCCAUL: This was an unmitigated disaster of epic proportions. I never thought in my lifetime that I would see an unconditional surrender to the Taliban.

Republicans have been demanding answers as to why American citizens were left behind in Afghanistan. They said they did not get satisfactory answers on Monday.

Blinken will testify before the Senate Foreign Relations Committee today.

Taliban hunts U.S.-trained counterterrorism agents » Meantime in Afghanistan, Taliban militants are reportedly hunting down U.S.-allied Afghans who were left behind.

The Times in London reports that Taliban death squads have hunted down and executed at least four Afghan counterterrorism agents trained by U.S. and British forces. They were said to be members of units based at the National Directorate of Security—NDS for short.

The reports says Taliban militants tortured at least one of the men before killing him.

A top official working at the headquarters of the NDS told the paper that the Taliban got a hold of laptops and paperwork from the headquarters after capturing Kabul last month and are using that information to hunt down NDS agents.

Earlier this month, CNN reported accusations that Taliban fighters murdered a pregnant woman in front of her family members. And militants have killed several anti-Taliban demonstrators.

ANNA JOHANSEN BROWN, REPORTER: Democrats on the House Ways and Means Committee revealed a plan to fund the massive spending package by raising taxes on high-income Americans and corporations.

The spending plan is in jeopardy. Democrat Senator Joe Manchin says he won’t support it. And without his vote, the bill cannot pass in the evenly divided Senate.

Nicholas battered coastal communities with winds around 70 miles per hour.

But the biggest threat with this storm is flooding. This will be a major rain event for days in Southeastern Texas and Louisiana.

BLAKE: We expect most of the Texas coast will be affected, especially the middle and upper Texas coast. We are expecting storm total rainfall of 8 to 16 inches with isolated totals of up to 20 inches.

Several schools in the Houston and Galveston area closed down on Monday as the region braced for the storm’s arrival, likely later today.

Texas Gov. Greg Abbott said the state has placed rescue teams and resources in the Houston area and along the Texas Gulf Coast.

Louisiana Gov. John Bel Edwards has already declared a state of emergency. The state is still reeling from Hurricane Ida’s destruction. Nicholas is expected to blow into Louisiana tomorrow.

KRISTEN FLAVIN, REPORTER: The state-run Korean Central News Agency published photos of a rocket launching from a large truck and then what appeared to be a missile soaring into the sky.

Pyongyang is hailing it as a “strategic weapon of great significance.” The wording implies they intend to arm the rockets with nuclear warheads.

U.S.-led negotiations on the nuclear issue have been stalled since the collapse of a summit between North Korean leader Kim Jong Un and then-President Donald Trump in 2019.