The American flag is set to half-staff at the Capitol in Washington, Monday, Oct. 18, 2021, in honor of Colin Powell, former Joint Chiefs chairman and secretary of state, who died from COVID-19 complications. J. Scott Applewhite/Associated Press Photo 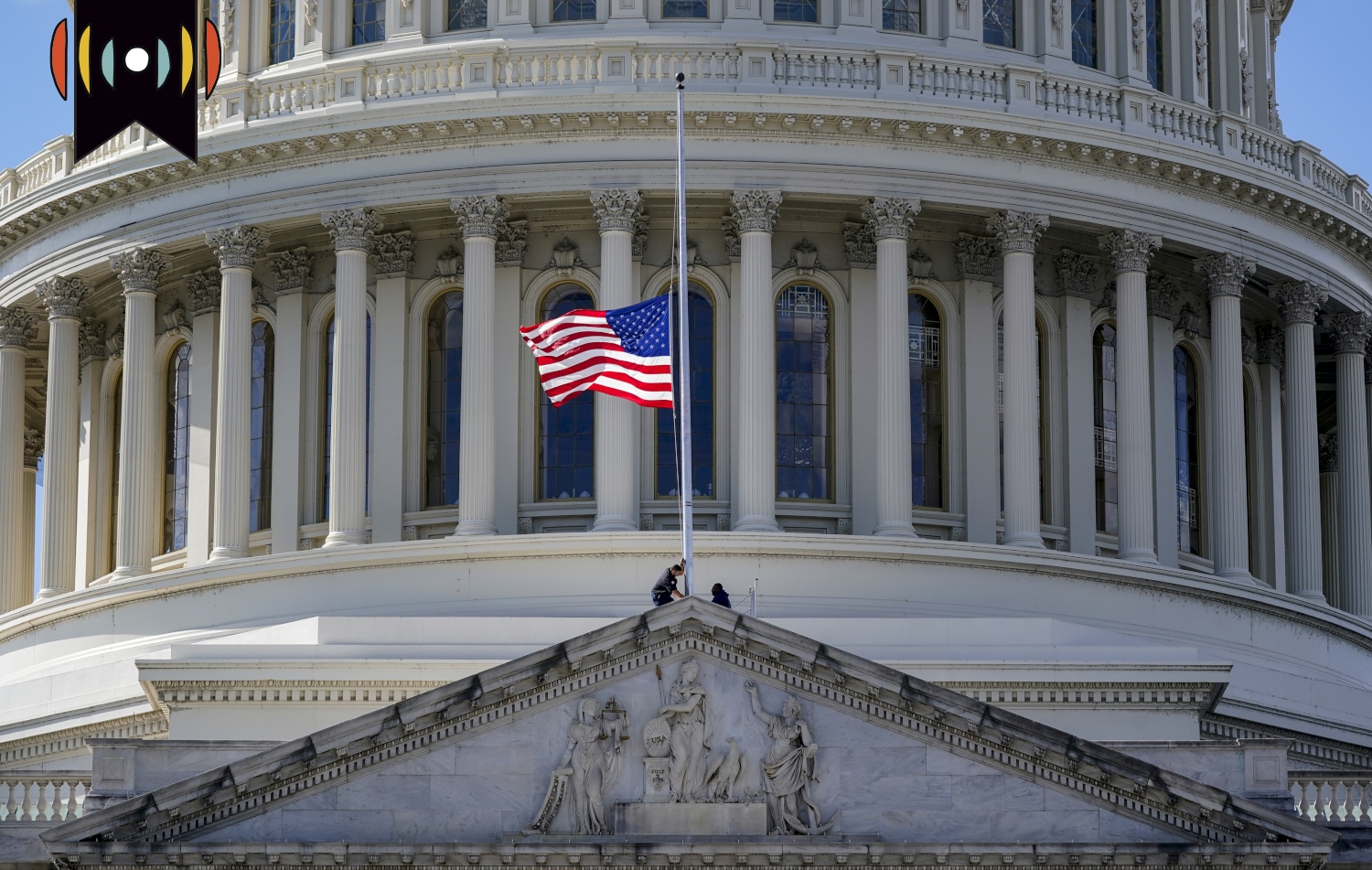 Presidents pay tribute to Colin Powell » Tributes are pouring in for former U.S. general and Secretary of State Colin Powell. He died Monday from COVID-19 complications at the age of 84.

BIDEN: He rose not only to the highest ranks not only of the military, but also foreign policy and statecraft.

He said Powell “embodied the highest ideals of both warrior and diplomat.”

And former President George W. Bush said “He was highly respected at home and abroad. And most important, Colin was a family man and a friend.”

It was under President Bush that Powell became the nation’s first black secretary of state. But he drew criticism for his 2003 presentation to the U.N. Security Council in support of the war in Iraq.

POWELL: Every statement I make today is backed up by sources, solid sources. What we’re giving you are facts and conclusions based on solid intelligence.

Intelligence about weapons of mass destruction in Iraq turned out to be faulty.

Powell was fully vaccinated against COVID-19 but had multiple health conditions that put him at higher risk of severe illness even after vaccination.

Biden admin asks SCOTUS to pause TX heartbeat law » The Biden administration is asking the U.S. Supreme Court to block the pro-life heartbeat law in Texas, while a legal battle plays out in court.

The administration also took the unusual step of telling the justices they could grant the Texas law full review and decide its fate this term.

No court has yet reached a decision on the constitutionality of the law, and the Supreme Court rarely grants such requests.

The law has been in effect since September, aside from a district court-ordered pause that lasted just 48 hours. It bans abortions as soon as a heartbeat is detected, usually around six weeks.

The Justice Department asked the high court Monday to lift an order imposed by a federal appeals court that has allowed Texas to continue enforcing the law.

A second strike reportedly wounded seven at a busy market and damaged a nearby hotel. Witnesses there described a chaotic scene as panicked civilians ran from the site of an explosion and black smoke rose from the vicinity of the market.

The Tigray People’s Liberation Front accused Ethiopian Prime Minister Abiy Ahmed of ordering the attack. If true, the airstrike could mark the return of war to the region after months of peace.

The last military attack on Mekelle happened in June, when 64 civilians died as soldiers prevented medical teams from accessing them.

The Ethiopian government has not addressed the attacks, but it launched a new military offensive against Tigray just days earlier.

Haitians strike in protests following kidnapping of missionaries » The usually chaotic streets of Haiti’s capital were quiet and largely empty Monday as thousands of workers angry about the nation’s lack of security went on strike. Public transportation drivers in Port-au-Prince stayed home, and businesses and schools were closed.

The protest followed news that a violent gang had kidnapped 17 missionaries working with a U.S.-based aid group.

White House Press Secretary Jen Psaki said the FBI is working with Hatian authorities to try to secure their release.

PSAKI: The efforts to kidnap people, to seek ransom, are prominent in places like Haiti —not the only place. But they are targeted toward U.S. citizens, people who are presumed to have the funding and ability to pay those ransoms.

The 12 adults and five children abducted are connected with the Ohio-based Christian Aid Ministries. They disappeared Saturday while on a trip to visit an orphanage. It was the largest reported kidnapping of its kind in recent years.

Haitian police the 400 Mawozo gang is behind the abduction. The gang has a long record of killings, kidnappings and extortion.

LEIGH JONES, REPORTER: At least 28 people are dead after ferocious downpours began swelling creeks and rivers last week. The torrents and mudslides have decimated bridges and swept away cars and homes.

And several dams in the southern state of Kerala have neared full capacity.

Officials say more than 9,000 people have taken shelter in over 200 camps across the state.

The country’s disaster response agency and the Indian army have deployed teams in Kerala to help rescue efforts.

The heavy rainfall resulted from a low-pressure area that formed over the southeastern Arabian sea and Kerala. And forecasters warn that a new rain-bearing weather system will blow into the region starting tomorrow.