Russia sent drones packed with explosives that struck Ukraine’s capital, Ukrainian Foreign Minister Dmytro Kuleba says it’s time to hit Iran with more sanctions, members of the House Armed Services Committee are warning that the United States needs to step up preparations for a Chinese invasion of Taiwan, Florida Gov. Ron DeSantis plans to continue flights sending migrants to Democrat-led cities, many students in southwestern Florida are back in class, the Justice Department is pushing for a harsh sentence for former Trump adviser Steve Bannon 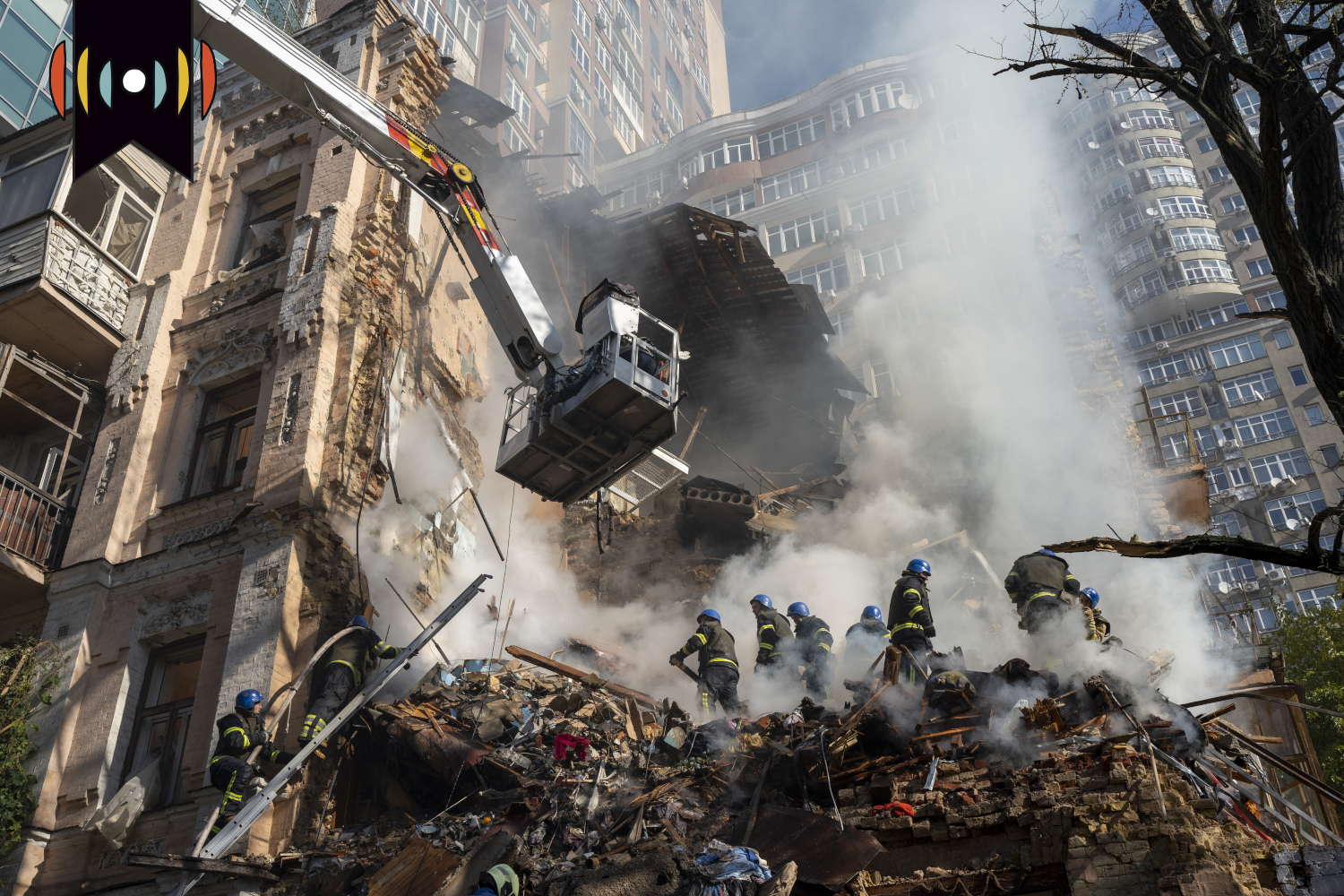 Ukraine » In Ukraine on Monday, police pulled out their sidearms and fired into the clouds above Kyiv, but the Russian suicide drone they were aiming at still found its mark.

It was one of many drones packed with explosives that struck Ukraine’s capital, setting buildings on fire and largely collapsing an apartment building, killing four people.

It was Moscow’s second barrage of explosive attacks on Kyiv in as many weeks.

The assault sowed fear and frayed nerves as blasts rocked the city. But one Kyiv resident said it hasn’t stopped people from living their lives.

AUDIO: I think people just carry on as normal as much as they can. The missile on Monday, one of them hit just up the road there, but in the park here, there’s people buying coffees. You can sit and drink a coffee in the park.

And US State Department spokesman Vedant Patel warned on Monday …

PATEL: Anyone doing business with Iran that could have any link to the flow of arms from Iran to Russia should be very careful.

He said Washington won’t hesitate to hit perpetrators with sanctions or other penalties.

Meantime, the European Union announced sanctions against Iran over the death of a 22-year-old woman in police custody and for violence against peaceful protests. EU foreign policy chief Josep Borrell called on Tehran…

BORRELL: To release those detained and to allow normal internet services and flow of information.

The EU levied sanctions against 11 people and four entities in Iran.

Readiness for conflict with China » Members of the House Armed Services Committee are warning that the United States needs to step up preparations for a Chinese invasion of Taiwan.

WALTZ: We face a very real chance of Taiwan becoming the next Ukraine within the next 5 to 10 years.

Chinese leader Xi Jinping continues to vow that he’ll bring the island under his government’s control … by force if necessary. And President Biden has repeatedly suggested that the United States would defend Taiwan.

MOULTON: We don't have a plan to fight this war through the Taiwan people the way we’re fighting the Ukraine war though Ukraine. That means that Americans are going to die if Xi invades Taiwan.

Moulton said the United States doesn’t have the specific weapons systems and alliances in place yet that would be needed to counter China’s military.

KRISTEN FLAVIN, REPORTER: A spokesperson for the Republican governor said the flights will resume as soon things calm down a bit in the wake of Hurricane Ian.

Prior to the storm, two charter flights were scheduled to fly migrants to Delaware and Illinois earlier this month. But officials postponed the flights due to the hurricane.

Florida lawmakers have authorized $12 million dollars in funds to relocate migrants from the U.S. southern border to sanctuary cities and states.

Christopher Bernier is superintendent of the Lee County School District. He told parents …

BERNIER: This may seem like it’s still too soon. We understand. We promise to be sensitive in our reopening, and we will be.

Lee County reopened 28 schools yesterday and today. Another 32 have been cleared to reopen soon. The district has almost 120 schools in total.

JOSH SCHUMACHER, REPORTER: In July, a federal jury found Bannon guilty in July of contempt of Congress for defying a subpoena from the House Jan. 6th committee.

And prosecutors are now arguing for a hefty sentence, saying he “pursued a bad-faith strategy of defiance and contempt,” and still hasn’t provided the information demanded of him.