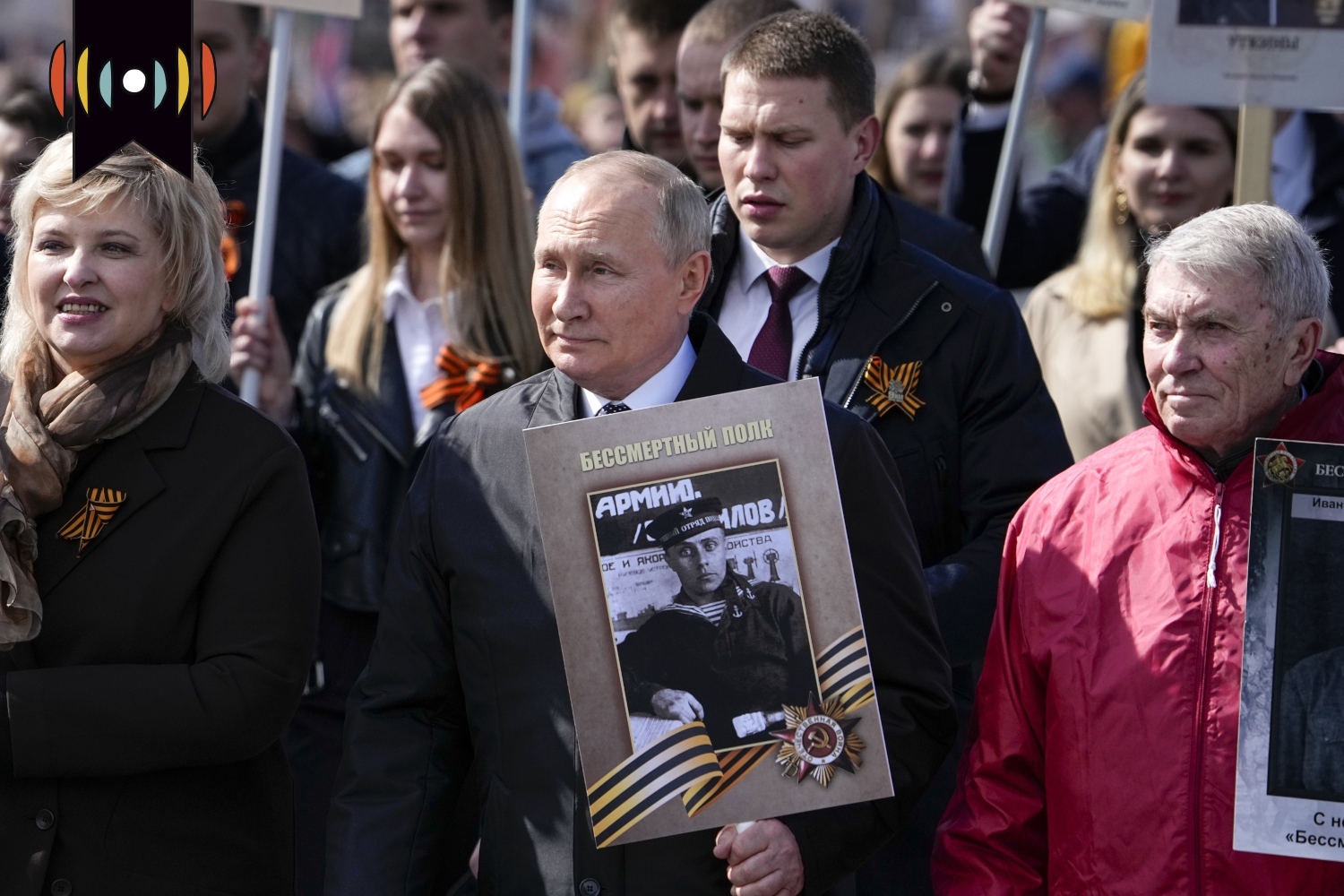 Thousands heard there marching in Moscow on Monday in Russia’s Victory Day parade. The annual event commemorates Russia’s victory over Nazi Germany in 1945.

And this year, many Russians marched believing their country is once again fighting Nazis, but this time in Ukraine.

A 49-year-old Russian named Andrei is among the many who believe what their government has told them.

He said “There are many places (in the world) where there is Nazism, and now it has come close to our borders, this can't happen. It was necessary to carry out the operation (in Ukraine).”

And Russian strongman Vladimir Putin repeated those lies on Monday.

He also said Russia’s military action in Ukraine was defensive and that Western policies and aggression forced his hand.

PRICE: To call this anything other than a premeditated war of choice against the state of Ukraine, the people of Ukraine, is patently absurd.

Putin on Monday repeated the same false justifications for what he calls a special military operation, but he announced nothing new. He did not declare victory in Ukraine or formally declare war.

BIDEN: I want to thank members of Congress here for getting this passed and everyone who supported the bill.

Flanked by two Democratic lawmakers and one Republican, Biden signed the bill, which had sailed through the Senate last month with unanimous agreement. It passed overwhelmingly in the House as well.

The new legislation will streamline the process of supplying weapons and equipment to Ukraine. It also comes as Congress is poised to unleash more resources of $33 billion or more to fight the war.

BIDEN: The cost of the fight is not cheap. But caving to aggression is even more costly. That’s why we’re staying in this.

When it comes to Ukraine, Congress has held together in a rare bipartisan fashion. Lawmakers from both sides of the aisle largely support other measures as well, including calls to investigate Putin for war crimes.

KRISTEN FLAVIN, REPORTER: The administration says 20 internet companies have agreed to provide discounted service to people with low incomes at about $30 per month.

Taxpayers would pick up the rest of the tab through the Affordable Connectivity Program. The $1 trillion infrastructure package passed by Congress last year included $14 billion for that program.

Biden, during his push for the infrastructure bill, made expanding high-speed internet access in rural and low-income areas a priority. He talked about low-income families struggling to find reliable Wi-Fi, so their children could take part in remote schooling or complete homework assignments during the pandemic.

Some 48 million households will qualify for the program.

Firefighters continue to battle massive fires in New Mexico » In New Mexico, more than 1,600 firefighters are battling two blazes covering a combined area more than twice the size of Philadelphia.

The fires have destroyed more than 300 homes over two weeks and they still threaten thousands of buildings.

The weather still wasn’t cooperating on Monday with wind gusts up to 50 miles per hour. Officials warned residents in some smaller communities to be ready to evacuate.

Strong winds have fanned the New Mexico fires for weeks with only brief interruptions.

Havana hotel death toll at 31 as dogs search for survivors » The death toll from a powerful explosion at a luxury hotel in Cuba has grown. WORLD’s Anna Johansen Brown reports.

More than 50 others were injured, with 24 hospitalized.

The explosion shot flames into the sky on Friday over the Hotel Saratoga, a five-star 96-room hotel in Old Havana. It was preparing to reopen after a 2-year closure when an apparent gas leak ignited, blowing the outer walls into the busy, midmorning streets.

The blast, just a block from the capitol building, also damaged several nearby structures. Those included the historic Marti Theater and the Calvary Baptist Church, headquarters for the denomination in western Cuba. No church workers were hurt.