Russia expects to fully conquer Luhansk by Sunday, temperatures will continue to soar across the country, FINA is setting a new rule about transgender swimmers, flooding in India and Bangladesh, President Biden says gas prices will dip soon 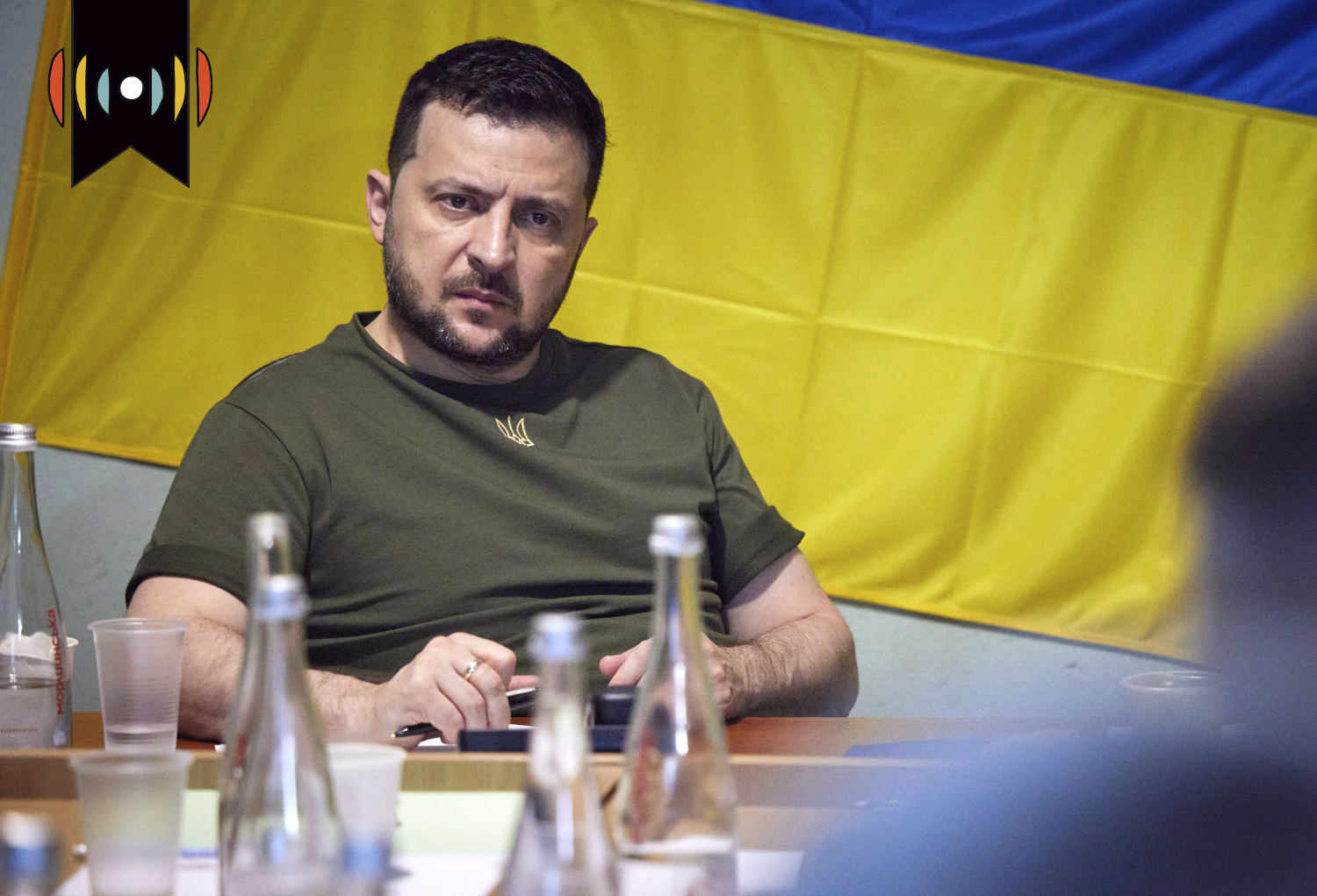 Missiles lit up the sky over the city of Bakhmu in eastern Ukraine on Monday as Russian troops continued pounding the Donbas region.

President Vladimir Putin has reportedly set a new deadline for his military to completely take control of Luhansk in the country’s east and that deadline is this Sunday, according to Ukraine’s government.

ZELENSKYY [with translator]: We need your support. We need more than weaponry: weaponry that will have better capability than the Russian weapons.

And Lithuania’s foreign minister agrees. Gabrielius Landsbergis said this war does not have to drag on for years.

LANDSBERGIS: We have the instruments to finish the war much faster. We always have. And if we would fulfill not 10 percent of what the Ukrainians are asking, but 90 percent, the war would not take years and years.

Of the $1 trillion in military aid promised by the United States, only about a third will make its way into the hands of Ukrainian soldiers anytime soon.

Extreme heat to bake much of the U.S. this week » One-hundred-degree temperatures are baking much of the United States.

One out of every five Americans will experience sweltering triple-digit temps this week amid another stifling heat wave.

TAYLOR: Those hot temperatures will be most felt across the Ohio Valley down to the Tennessee Valley, including portions of the Southeast. That’s where we’re looking at a potential of widespread areas of temperatures reaching 100 to 105 in places.

Most of the country will see temperatures at least in the 90s.

Major metro areas could hit triple digits from Minneapolis to Dallas to Atlanta. And forecasters say the heat could shatter records in some places.

Gasbuddy’s Patrick De Haan says as interest rates rise, oil prices have dipped and that might mean more good news at the pump.

De HAAN: We could see gas prices continuing to decline heading into the July 4 holiday. In fact, it’s possible the national average could fall another 10 to 20 cents per gallon between now and July 4, should things go right.

The president has released oil from the U.S. strategic reserve and announced moves to combat price gouging, but none of that put a noticeable dent in prices.

KRISTEN FLAVIN, REPORTER: The new policy will bar swimmers who are biologically male from competing against women unless they—quote—“transitioned” before the age of 12.

FINA spokesman James Pearce said, according to scientists—his words—“if you transition after the start of puberty, you have an advantage, which is unfair.”

The members voted 72 percent in favor of the new policy after hearing presentations from three specialist groups.

FINA’s new 24-page policy also proposed a new “open competition” category in which anyone would be free to compete. But how that category will function remains unclear.

There are currently no transgender athletes competing at elite levels of swimming. But in March, Lia Thomas became the first male swimmer to win an NCAA Women’s swimming championship in the 500-yard freestyle.

As monsoon rains swamp the region, flooded roads have trapped millions of people in villages now partially submerged underwater. Some villagers were seen casting fishing nets in the middle of neighborhood streets.

Bangladesh’s government is sending military helicopters to drop food and fuel in the hardest-hit areas.

The water is receding in some parts of countries, but there’s more potential rain in the forecast, which could push the floodwaters even higher.