One woman’s perseverance, from Nazi occupation to COVID-19 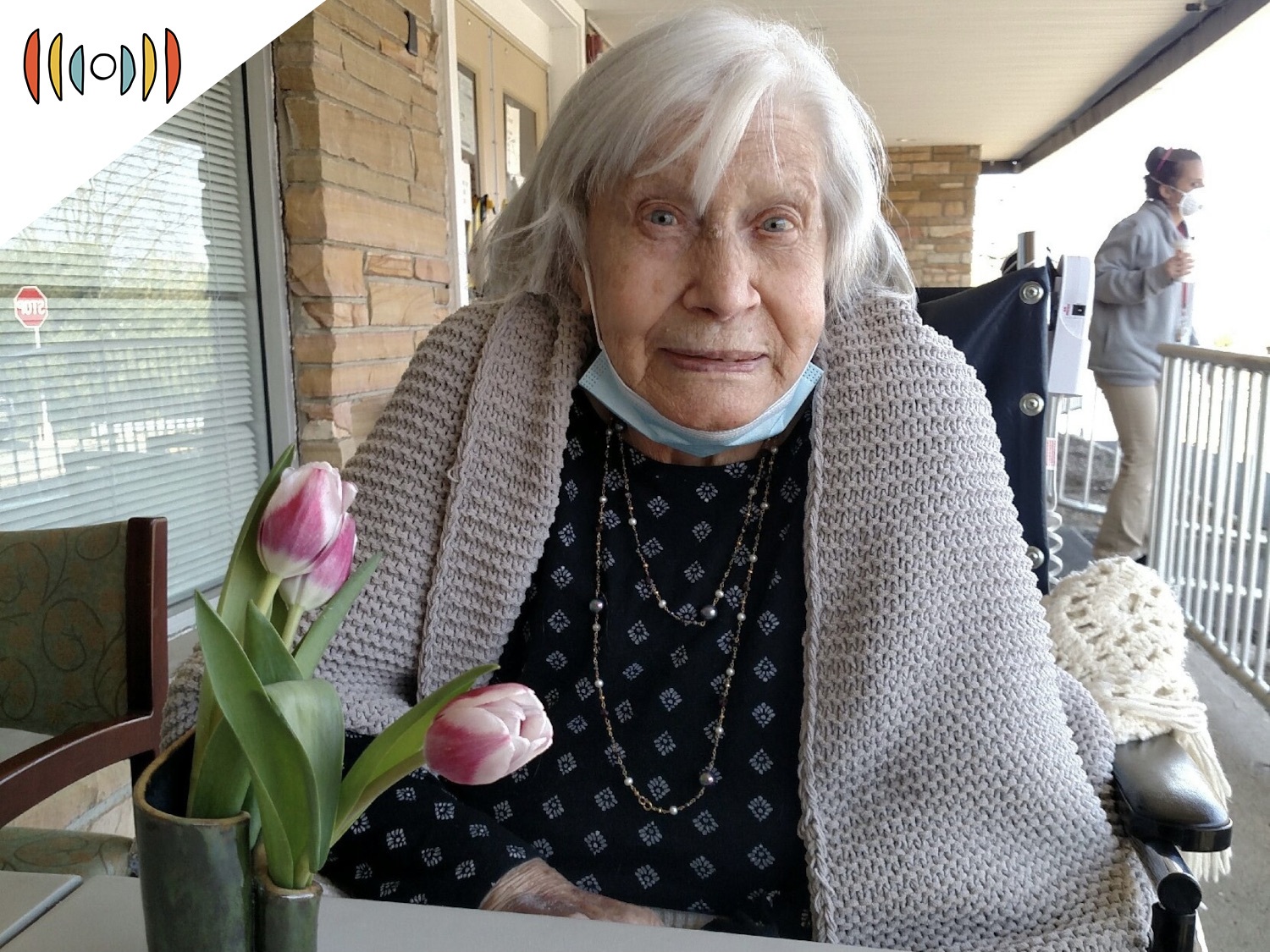 NICK EICHER, HOST: Today is Wednesday, July 14th. You’re listening to WORLD Radio and we’re so glad you are!

Coming next on The World and Everything in It: A wonderful life. Susan Halpern was born in Holland during the 1920s. She lived through one of the 20th century’s most horrifying events, Nazi occupation.

EICHER: WORLD correspondent Amy Lewis recently caught up with her at a nursing home where she now lives in northern New Jersey.

Just a quick note. Mrs. Halpern’s voice does reflect her hard and long life. And she may be difficult for you to understand. If you find that to be the case, I recommend you jump onto our website—wng.org/podcasts—find today’s transcript, and follow along with it.

We think her story really is worth the effort.

AMY LEWIS, REPORTER: A nurse in floral scrubs wheels 98-year-old Susan Stroomenbergh-Halpern out of Barn Hill Care Center in Newton, New Jersey, to visit with a friend. Halpern’s elevated swollen legs are wrapped in bandages. Her arthritic hands clasp a shawl around her thin shoulders. She speaks with a worn, raspy voice.

Eighty years ago Halpern’s 18-year-old legs bicycled thousands of miles around the Dutch countryside. Her strong hands knocked on hundreds of Dutch doors. Her young voice pleaded with members of the Christian Reformed Church to open their homes to strangers.

Soon after the German occupation of Holland in 1940, Halpern’s family joined the Dutch Resistance. They refused to let German forces destroy the Jews or their own homeland. Halpern’s job was to transfer Jewish people from one safe place to another.

HALPERN: When I transfer Jewish people, I did that with a horse and buggy inside, but I also did it sometimes on the bicycle.

One day, a young Jewish man named Burt came to ask the Stroomenberghs for help. He needed a new safe place to live. Halpern saw him as his visit ended.

Her family helped Burt Halpern take on an assumed Dutch name and become a tailor. A Christian couple agreed to shelter him in their home. The couple’s habit of reading the Bible each night intrigued this rabbi’s son.

HALPERN: They took him to church every Sunday, twice. And Burt liked it. He was reading the Bible. He learned about Jesus. And that’s the way Burt became a Christian…

Burt and Susan married after the war.

HALPERN: It was not everything, but we had a beautiful wedding because a lot of people from the church came to help. They cooked and made everything themselves. A lot of people. I made my wedding gown. I made my mother’s gown and Burt made his own tails. He had the tails...

In 1954, the Halperns left everything and everyone they knew and moved to the United States for a new start.

HALPERN: My mother cried so much when I got to America. That was difficult. But not the hardest thing.

For many years, Burt tailored suits in New York City. Eventually, the Halperns moved to Belvidere, New Jersey. They sold Dutch goods out of a shop next to their home. Their days started by reading God’s Word together. They enjoyed visits from their children, grandchildren, great-grandchildren and many friends. Eventually, Susan ran the shop and read the Bible to Burt after he lost his eyesight. In 2019, his health declined significantly.

Halpern told her children she never wanted to be in a nursing home, but she also refused to leave Burt’s side. So she sold their home and business. She gave away their cat. And she moved with Burt to a nursing home. He died a few months later at age 93. They were married 71 years.

HALPERN: Yeah, he would hold my hand all the time. He was my life, my life, besides God, but he was my life. We had such a good life, with the children, everything. But now, I have to go out alone...

Immediately following Burt’s death, the pandemic hit and Halpern was stuck. Her asthma, her history of pneumonia, and being in a nursing home all put her at higher risk for catching COVID-19. And she caught it. And then broke her leg. But those trials paled in comparison to being alone.

HALPERN: I think the hardest thing for me is right now, [is life] without Burt. I was a tough girl. I’m not so tough now, but I was very tough.

Last month, a nurse wheeled this bicycling member of the Dutch Resistance out of the nursing home for another chapter in her long story. She’s heading to live with her son. Being in a new place without her husband won’t be easy, but hard things haven’t stopped her yet.

HALPERN: I’m alive. I keep going. I have God. Sometimes it’s difficult, but you know what? I pray, A lot. yesterday I had a little problem. I said to myself. I said, God is with me, who can be against me? Nobody, nobody. Right. That’s it.