Facing a near-certain cancer diagnosis, one family clings to hope for deliverance 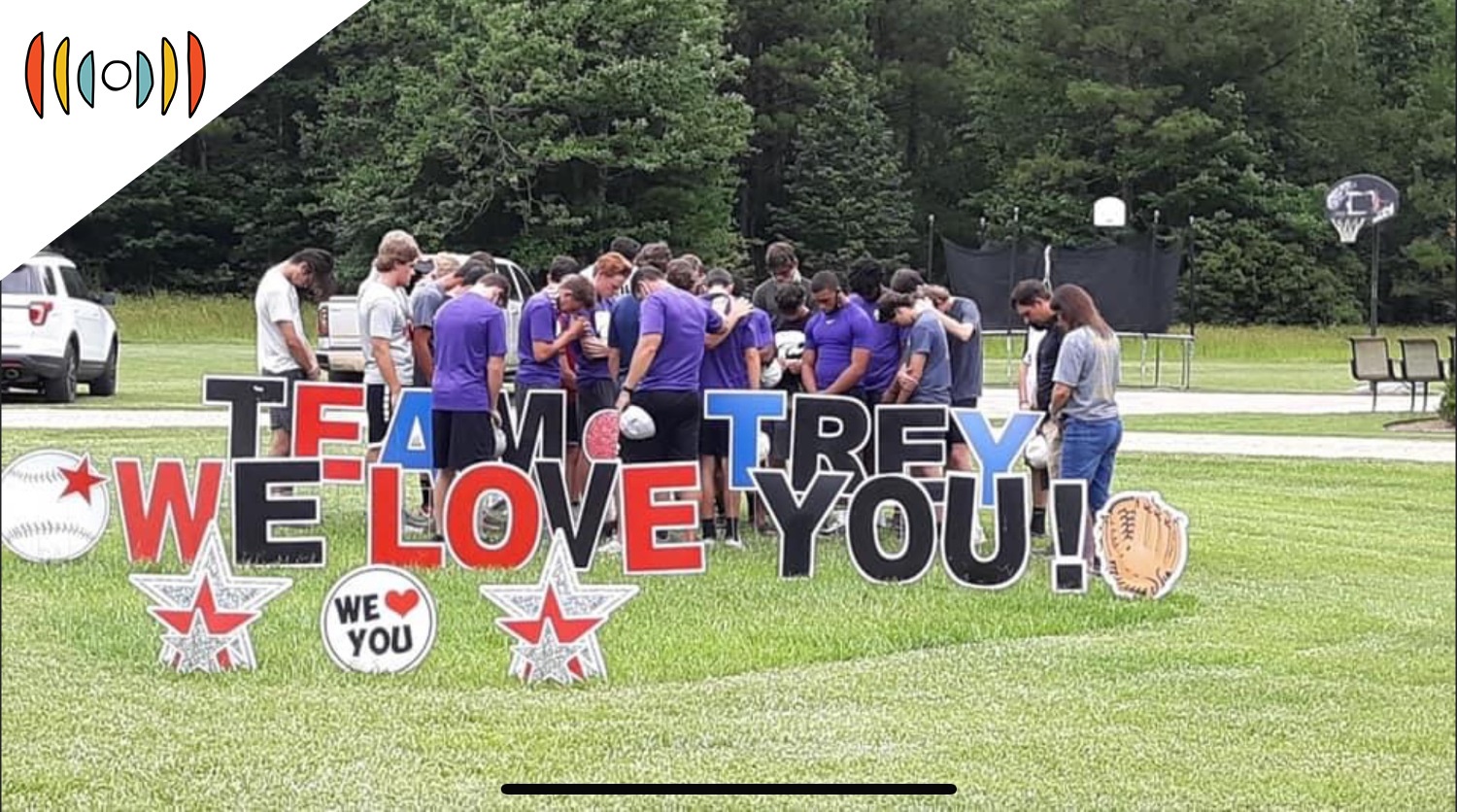 We’re so glad you’ve joined us today for WORLD Radio!

Coming next on The World and Everything in It: the providence of God.

Every day last summer one of our World Journalism Institute students drove past a sign. It read, “TREY GOT HIS 1%—GOD IS GOOD.”

That made our student journalist wonder: Who’s Trey? And what’s that 1 percent about?

JULIE SPENCER, ASSOCIATE CORRESPONDENT: On a humid Tuesday last July, car after car pulled into the small parking lot of Parkview Baptist Church in El Dorado, Arkansas. Men and women, children and teenagers, walked into the sanctuary, filing into blue fabric-covered pews. A slideshow of prayer requests and Scripture played on two large screens as people prayed quietly in the pews. “Praise the Lord, my soul, and forget not all his benefits—who forgives all your sins and heals all your diseases.”

Clarissa Murphy sat with her son, Trey, on the front center pew. Fifteen years old and quiet like his dad, Trey wasn’t accustomed to all the attention. His picture was the top slide in the slideshow—all the people gathered in the room had come to pray for him.

TREY: I mean, I don’t like the center of attention, but at that point, maybe just at that point I realized that I had to, I had to go with it, ‘cause that’s how it was gonna be.

SHERYLE: We just needed to do something more than just ask people to pray. We needed to provide an opportunity for them to come together and pray. And we had no idea that it would grow, you know, like it did.

TIM: So, there was probably a hundred and fifty people?

TREY: There was a ton of people that came.

TIM: He didn’t even finish the physical. He said, “You’re going straight to the hospital. We’re going to do bloodwork and an MRI.”

An MRI the following day revealed a tumor. Plans for a weekend baseball tournament were scrapped for a trip to Arkansas Children’s Hospital in Little Rock. Before a long day of tests culminating in a biopsy, a doctor sat down with Tim and Clarissa.

TIM: We didn’t know what we were going for. We thought, you know, consultation, or at that point, we weren’t really thinking cancer or anything like that. But that’s why, when he came in and examined him and looked at the MRIs, and we were just asking different, “normal” questions, I guess. And that’s when he said, “You do know what kind of doctor I am,” you know. And he said he was a bone tumor doctor, and so we knew it was pretty serious then.

The doctor told them he was certain—99% certain—the tumor on Trey’s collarbone was osteosarcoma—bone cancer.

Doctors sent Trey home with his left arm in a sling, telling him to take it easy. Trey went home and mowed the lawn.

TREY: At first I was kinda worried, but I guess I just wasn’t worried much at all.

Trey’s grandmother had been the first to pray over him—then others came to pray. The high school baseball team—30 boys sporting their purple and white team colors—circled around Trey in his front yard.

TIM: The guys came together, and we all prayed outside. And that was cool for me.

The family’s pastor, Mark Sandy, also came to pray with them.

MARK: Trey, he was just very even-keeled. When I went over there to visit with them and pray for them, I just felt like they weren’t letting that fear control everything around them.

Clarissa remembers praying alone in the pew the Sunday before the biopsy results.

CLARISSA: Just sitting in church that day I was just like, “It’s gonna be okay”—even if God did choose to take him.

Two days later, Clarissa and Trey sat on that front pew, surrounded by the one hundred fifty people who’d come to pray for their family. While the adults around him prayed for strength or peace in the valley of the shadow of death, Trey was confident that God had another path for him to walk. He clung to one verse throughout the week of waiting:

TIM: Faith of a mustard seed, what verse is that?

The day after the big prayer meeting, Tim, Clarissa, and Trey drove back to Little Rock for the biopsy results. Trey asked to wait in the truck until just before the appointment.

SHERYLE: We were at home and Mark got it first and  I was just scared. I was just afraid it was gonna be bad news and I remember Mark just going, “What??!!!” And you just got real excited, and so it was just amazing. It was just a miracle.

Four different labs declared the tissue sample benign. When Clarissa thanked the doctor over and over, he finally told her, “Don’t thank me, thank Jesus!”

CLARISSA: It was just amazing. Trey told us, he said, “We’re gonna be walkin’ outta here cryin’ happy tears,” and I was like, “Okay, son.” But he sure showed me!

Clarissa sweetly summed up that day in her journal, “And we were all so, so happy. To God be the Glory.”

TIM: You know miracles happen all the time, but you don’t see them like that. And so, to see it was incredible. Terrible experience, but an amazing experience to see how God can work.