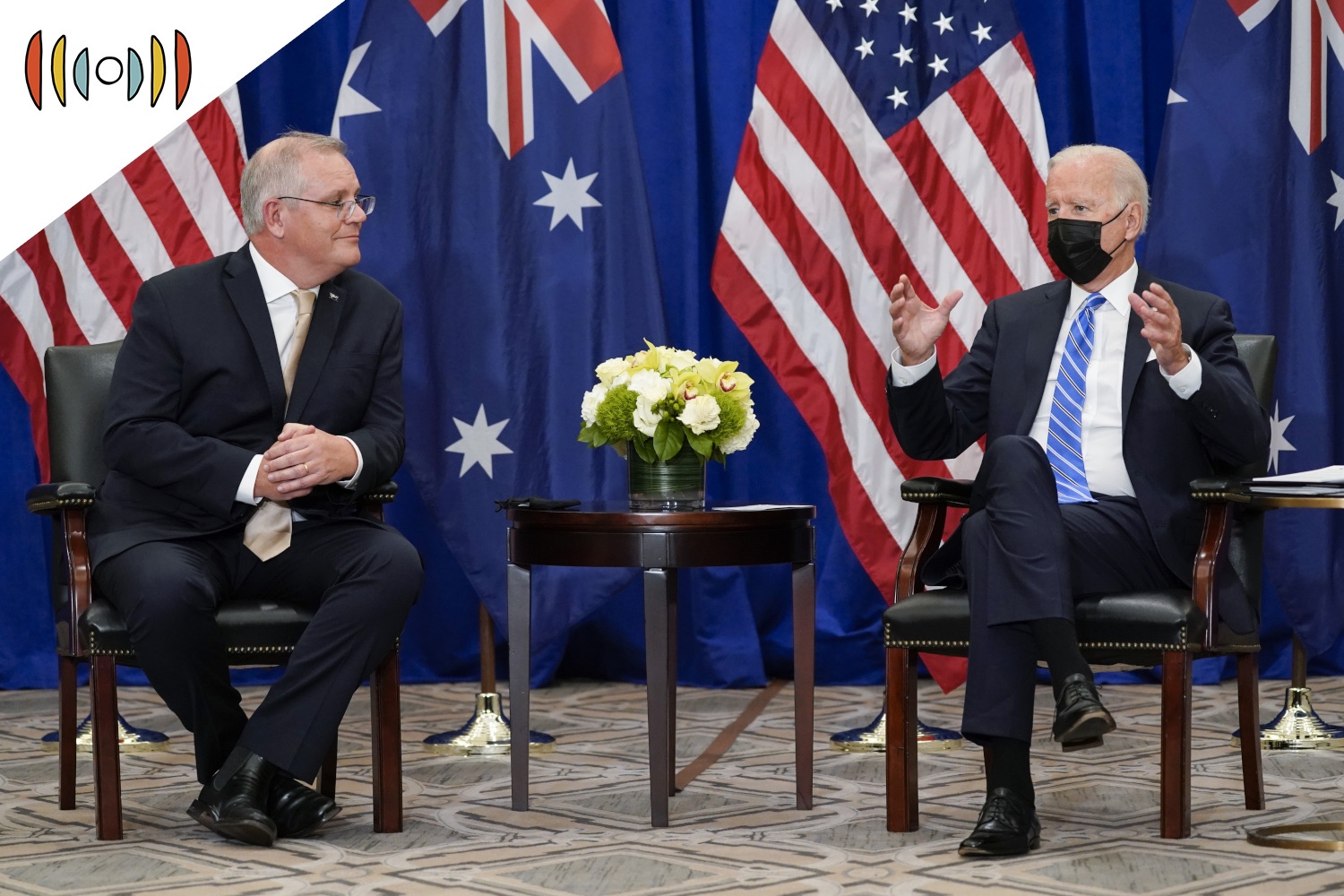 REICHARD: Analysts point out it’s a step in the right direction but may not be enough to curb Beijing’s growing aggression. WORLD’s Josh Schumacher reports.

BIDEN: AUKUS will bring together our sailors, our scientists, and our industries to maintain and expand our edge and military capabilities on critical technologies such as cyber, artificial intelligence, quantum technologies, and undersea domains...

JOSH SCHUMACHER, REPORTER: The AUKUS pact mostly focuses on technology sharing. But that’s not what made headlines.

BIDEN: Now as a key project under AUKUS we are launching consultations with Australia's acquisition of conventionally armed nuclear-powered submarines for its navy.

Bradley Bowman is senior director of the Center on Military and Political Power at the Foundation for Defense of Democracies.

BOWMAN: The People's Republic of China has been pursuing the most ambitious and aggressive military modernization effort in the history of the People's Republic of China. And this is not just like a one or two year thing. This is a multi year deliberate campaign by which they are seeking to field a military that can dominate the region and then be a preeminent or the preeminent global power.

China’s stated goal is to have a “world-class military” by the end of 2049. Although Beijing hasn’t defined exactly what that means, it definitely involves being bigger and better than its rivals. It already has the largest standing army and the largest navy in the world. Its air force is the third largest but is rapidly catching up to Western capabilities.

BOWMAN: We know that they're using their navy and their maritime militia and their coast guard to bully and harass Vietnam and the Philippines. We know that they're challenging Japan, the Senkaku Islands, almost daily, I'm barely exaggerating they’re harassing Taiwan with ships and exercises and planes. They bludgeoned to death 20 Indian soldiers on the border with India. We're seeing incredibly aggressive behavior.

China’s military buildup has given it several significant advantages over the United States.

INBODEN: First, by far most significant one is missiles.

William Inboden is executive director for the Clements Center for National Security at the University of Texas at Austin.

INBODEN: So China has a very substantial missile force, nuclear and conventional. And the reason this matters is China has designed its missile force to counter what had historically been America's advantages with our Navy and Air Force.

Inboden says China also has an advantage at sea.

INBODEN: China's Navy is now larger than the American Navy, they've got more surface ships, and they're all concentrated in the Pacific, whereas our naval assets are dispersed around around around the world.

INBODEN: China has very substantial cyber capabilities. And their design would be that if there was an outbreak of hostilities for the United States, they would use cyber attacks to take out so much of our command and control and make our forces essentially blind. Again, we have some ways to counter that. I don't want to sound defeatist here, but these are very significant advantages that China has designed to counter the United States.

INBODEN: And, you know, the People's Liberation Army, I think has over a million troops in uniform. Certainly an effective deterrent if there were to be any land invasion of China. No one's no one's talking about that. But likewise, that's something that makes China's neighbors especially India pretty nervous.

AUKUS is designed to counter some of those concerns. But is it enough?

Zack Cooper is a senior fellow at the American Enterprise Institute.

COOPER: I don't think it really changes fundamentally what's going on in the region. In part, because, you know, we're talking probably about eight submarines, and that won’t fundamentally change the dynamic in Asia. There are just too many ships in the water and China is churning them out left and right. So does this change the Chinese decision making? Probably not. Does it make Australia a little bit of a more difficult military challenge for China to crack in, say, the 2030s or 2040s? Yes. But in the near term, the effects of this are fairly minimal.

Still, Cooper says the agreement does signal something important:

COOPER: It's a clear signal of U.S. commitment to the region. This is a big deal. It's a surprised a lot of people, I think it surprised people both that Australia would be interested, but also that the United States would reciprocate. And so this shows that the U.S. is there in Asia to stay at a time that a lot of people have been suggesting otherwise.

But will that be enough to change China’s posture in the region? William Inboden says maybe.

INBODEN: Again, the whole idea there is that it will deter China from more aggression, it'll hopefully send the signal to China, you know, war will not pay. But in the near term, it does escalate tensions, and there always is the risk of either a miscalculation or stumbling into an accidental war, or maybe Xi Jinping decides that he's got a narrow window of opportunity here to make an aggressive move against Taiwan, or, you know, other, similar aggression in the South China Sea. So it is a more tense and dangerous situation. But I certainly think that in the medium and long term, this was absolutely a step we needed to take.