Title 42 comes to an end 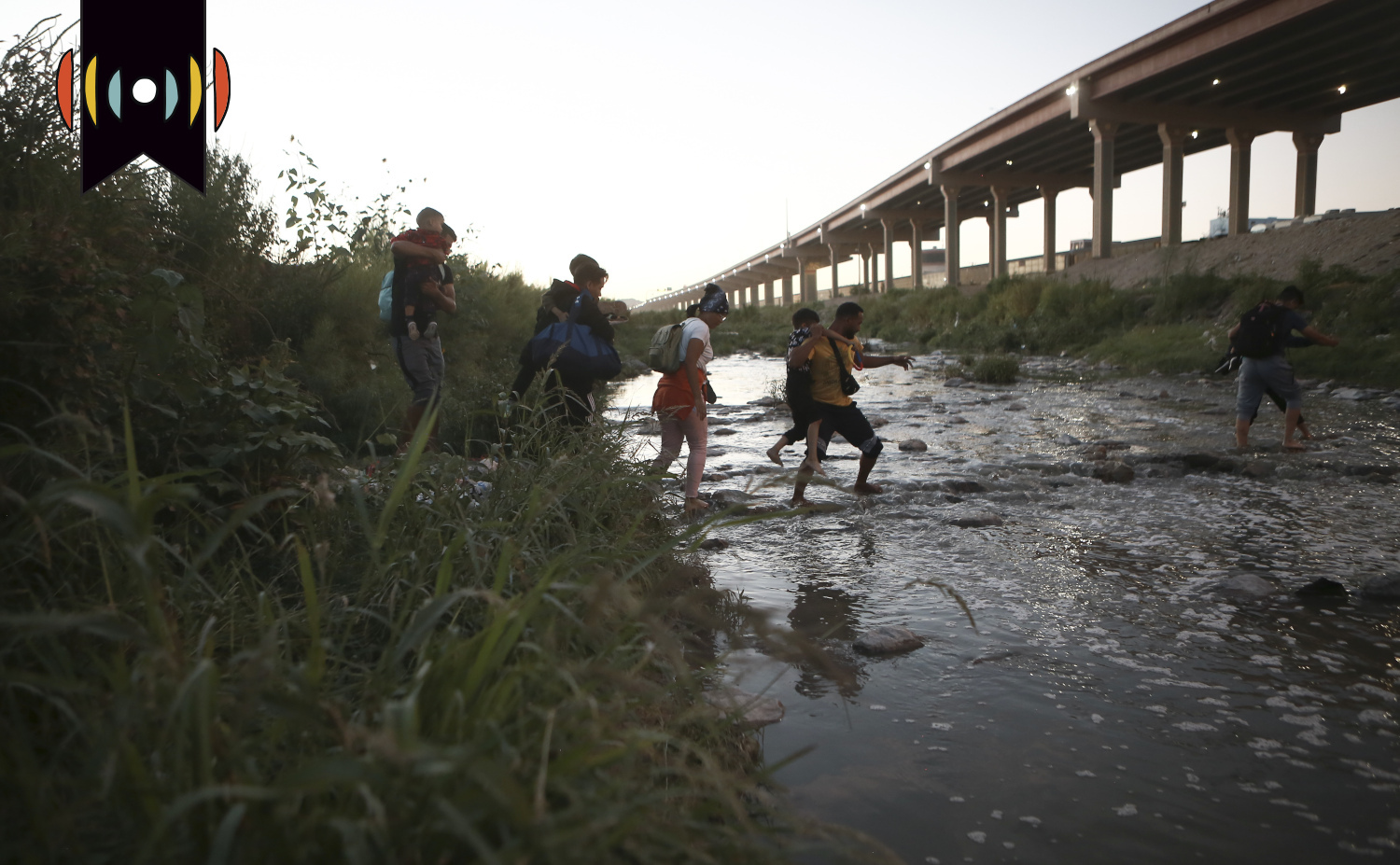 MARY REICHARD, HOST: It’s Tuesday the 29th of November, 2022. Glad to have you along for today’s edition of The World and Everything in It. Good morning, I’m Mary Reichard.

NICK EICHER, HOST: And I’m Nick Eicher. Today is Giving Tuesday and your last opportunity if you’ve not yet supported the work of WORLD for your first gift to make a double impact!

And here’s what I mean by that: we have a long-time WORLD Mover who’s offered a dollar-for-dollar match for all first-time gifts through this Giving Tuesday.

REICHARD: So there’s no better time than today to make your first-ever gift of support to WORLD. But time is running out, so I’d encourage you if you’ve been thinking about it over the past several days that we’ve mentioned the offer—just head on over this morning, just do it now so you don’t forget—head over to WNG.org/GivingTuesday and have your first-time gift doubled.

Today’s the last day that fifty becomes one-hundred. One hundred becomes 200. And I’m not going to try to carry this out too far, because I’m not great at math. Truth is, I’m not even good at math. But I think you get the picture.

EICHER: Putting it simply: without your support, our work is just not possible. And if WORLD doesn’t do this work, who will? As our culture turns farther and farther away from anything resembling a Christian worldview, most news organizations are either working actively to undermine Biblical principles, or on some of the absolute most crucial issues of the day, they’re at best silent.

REICHARD: So if you value WORLD—and especially if you’ve never given before—I’d invite you to join more than 10,000 WORLD Movers who keep us moving.

EICHER: First up: the end of Title 42 and record-level border crossings.

The Biden administration is about to lose its primary tool for managing the southern border. A few weeks ago, a federal judge nullified the public health law known as Title 42. That law allows immigration authorities to expel illegal immigrants before they can make an asylum claim.

President Donald Trump invoked the policy at the start of the pandemic and the Biden administration relied on it to respond to a surge of more than 2 million immigrant encounters last fiscal year.

REICHARD: Addie Offereins is WORLD’s reporter on the compassion beat. She talked to policy experts and border shelters on the front lines of the immigration crisis. She joins us to talk about what the change may mean for the southern border.

ADDIE OFFEREINS, REPORTER: Hi, Mary, thanks for having me.

REICHARD: Why did the district judge overturn Title 42?

OFFEREINS: So a group of immigrant families and the American Civil Liberties Union brought the lawsuit. U.S. District Judge Emmett Sullivan found Title 42 to be arbitrary and capricious because he said it didn't have much of a public health benefit anymore. It ignored the rights of immigrants to ask for asylum under immigration law. He also said that the CDC did not consider alternatives that could protect the United States from COVID-19 without expelling immigrants into dangerous countries.

REICHARD: You know, I seem to remember that this policy was previously challenged in court. Am I right?

OFFEREINS: Yes, so President Biden campaigned on promises to end the controversial health order and in April the CDC said the order was unnecessary because fewer people were getting COVID and they had easier access to masks and vaccines. But a federal judge blocked the agency's attempt to lift the order because 24 states sued. They argued that ending Title 42 would financially harm the states who took in the thousands of anticipated immigrants. So the Biden administration continued to use the policy most recently expanding it to turn back more Venezuelans.

REICHARD: I know Republicans worry that ending this policy will only make the border crisis worse than it is now. What does ending the policy mean for border crossings?

OFFEREINS: Well, Mary, Republicans aren't the only ones who are worried. The lawyers for the Biden administration requested five more weeks of the policy to prepare, so Title 42 is scheduled to end officially at midnight on December 21. Immigration authorities use Title 42 to expel immigrants at the U.S.-Mexico border over 1 million times. This accounts for about 50 percent of all immigrant encounters in 2022 and 60 percent in 2021. After the decision, I talked with Muzaffar Chishti, a senior fellow with the Migration Policy Institute. He said it's hard to predict, but it could be north of a million more crossings a year.

REICHARD: You know, border shelters are already overwhelmed down there. I’m wondering how might this change will affect them and also what the change means for the immigrants themselves?

OFFEREINS: So I spoke with Valeria Wheeler. She runs Michigan Border Hope, the only border shelter in Eagle Pass, Texas. That city has become one of the epicenters of the crossings recently. Right now, ICE drops off about 600 immigrants per day at her shelter. And after Title 42 ends, she expects a lot more. So she said her shelter is trying to hire more staff to connect immigrants with transportation and get them through the shelter more quickly. And similarly about 55 miles west in Del Rio, Shon Young is the associate pastor at City Church and the president of Val Vere Humanitarian Border Coalition, which is another border shelter. He says the coalition isn't doing anything too out of the ordinary because immigration policy changes often and he isn't sure if the current change is completely set in stone or what might happen. So they've stocked up on food and clothing a little bit but they know God will provide whatever happens and whether the policy ends or not.

REICHARD: You mentioned the Biden administration has five more weeks to prepare for the end of this expulsion policy. What’s the plan going forward?

OFFEREINS: Yeah, five weeks isn't that much time. I talked with Theresa Cardinal Brown with the Bipartisan Policy Center. She anticipates that the administration will try to relieve the pressure on border patrol stations by processing immigrants more quickly and putting them on parole. Last fiscal year, border patrol increased the use of parole and alternatives to detention to cut down on processing time. This means that U.S. Immigration and Customs Enforcement releases the majority of illegal immigrants into the United States to stay until their immigration case is decided. ICE monitors the immigrants with a self-reporting app on a smartphone. So that's the short term plan. But the long term plan is less clear. Cardinal Brown said we need to take a step back to understand how broken the whole immigration system is. Backlogs in the legal immigration system encourage illegal immigrants to risk the journey because they know they may wait several years before a court hears their case. And many Republicans say the administration doesn't have a plan at all. 15 states filed a motion to delay Sullivan's order. They argue lifting Title 42 will impose financial burdens on border states and others who take in the expected surge of immigrants.

REICHARD: Addie Offereins is WORLD’s reporter on the compassion beat. To keep up with her immigration coverage and more, head to wng.org and sign up for Addie's weekly newsletter called Compassion. Addie, thank you.