The light in the cupola of the Capitol Dome is illuminated, indicating that work continues in Congress, in Washington, Wednesday, Oct. 6, 2021. J. Scott Applewhite/Associated Press Photo 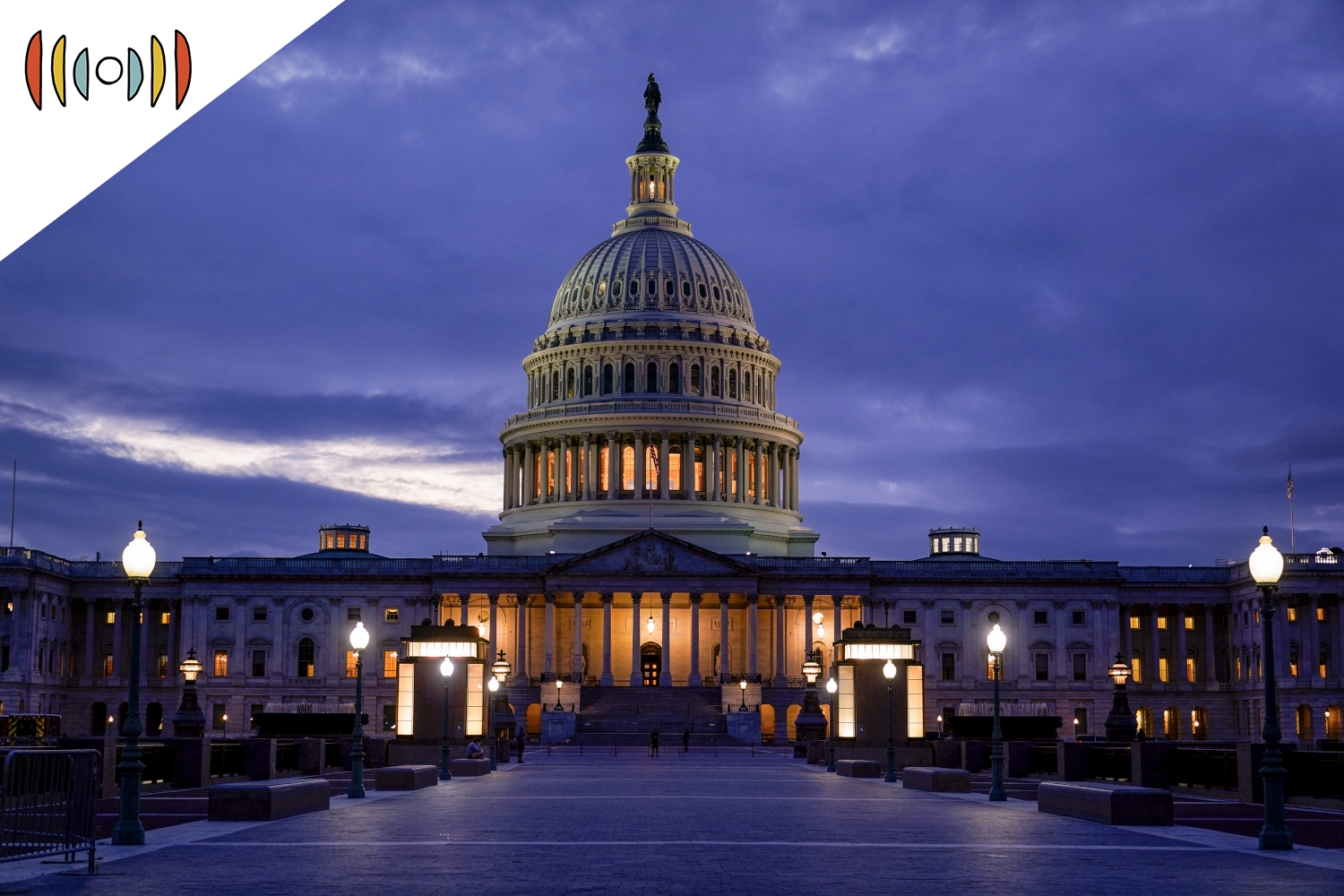 Senate leaders strike a deal on temporary debt ceiling extension » Party leaders in the Senate appear to have struck a deal to temporarily lift the debt ceiling.

PORTMAN: The proposals that he’s making do require Democrats to provide the 50 votes plus one, plus the vice president breaking the tie. So even though Republicans would allow Democrats to get onto that kind of a bill, the actual debt limit votes would be provided by Democrats and any Republicans that were interested.

That, at least for now, likely ends a perilous standoff that threatened to see the country default on its debts.

Majority Leader Chuck Schumer had planned another ill-fated vote on a two-year suspension of the debt ceiling. Republicans had vowed to vote “no.” Schumer called off the vote after McConnell’s offer.

Montana Gov. Greg Gianforte was among the governors to get a firsthand look at the border crisis. He noted that illegal drugs like fentanyl continue to pour over the border.

GIANFORTE: Those drugs are making it to Montana, and because of that, every state is a border state when it comes to the drugs in our communities.

Gov. Abbott thanked the governors, many of whom sent resources to Texas to help with the state’s efforts to support the Border Patrol in securing the border. Abbott has deployed the National Guard and state troopers to the border.

During a news conference, the governor once again said President Biden’s border policies are responsible for a humanitarian crisis.

He and other GOP governors called on the president to reverse course on border policies, including the Trump-era “remain in Mexico” policy, which Biden rescinded.

ABBOTT: All Americans saw exactly what happened in Del Rio, Texas, just last month. And we know that that chaos will be repeated unless and until President Biden takes action.

Homeland Security Secretary Alejandro Mayorkas has conceded that officials are seeing a—quote—“unprecedented number” of migrants at the southern border. But he insists the current administration’s policies are not the cause.

Congress created the program in 2007 to steer more college graduates into public service. As long as participants made 10 years of payments on their federal student loans, the program promised to erase the remainder.

Roughly 5,500 borrowers have used the program to erase their loans.

But more than 90 percent of applications have received letters informing them they were denied. After making a decade of payments, many borrowers have found that they have the wrong type of federal loan or repayment plan and are not eligible.

The temporary changes would make many of those borrowers eligible.

KRISTEN FLAVIN, REPORTER: The Department of Housing and Urban Development announced the move Thursday. Under the new rule, tenants in HUD-subsidized public housing cannot be evicted for nonpayment without providing them 30 days' notice and information about available federal emergency rental assistance.

The official said the rule change was due to significant concern about a looming wave of evictions as pandemic eviction moratoriums come to an end.

Besides public housing residents, the rule change will apply to those living in project-based rental assistance properties. All told, HUD estimates that the change will cover 4.1 million people.

The anchor may have hooked, dragged and torn an underwater pipeline that spilled tens of thousands of gallons of crude oil into the ocean. That according to federal investigators on Wednesday.

Authorities also found that the pipeline owner didn’t quickly shut down operations after a safety system alerted to a possible spill.

SPITZER: We know that the oil company lied. They had a pressure drop at 2:30 in the morning. They didn’t shut down the pipeline until 6 o’clock in the morning and didn’t notify federal regulators and emergency response until 10 o’clock Pacific Standard Time.

But CEO of Amplify Energy Corp. Martyn Willsher insisted that the company wasn't aware of the spill until it saw a sheen on the water shortly after 8:00 a.m.

When the company was aware of the spill will be key in determining the company’s culpability. Amplify Energy’s spill-response plan calls for the immediate notification of a spill. Authorities have filed charges in the past when a company took too long to notify officials of a spill.