Marjory Stoneman Douglas High School shooter Nikolas Cruz signs a document while seated at the defense table as he is in court to plead guilty to all 17 counts of premeditated murder and 17 counts of attempted murder in the 2018 shootings, Wednesday, Oct. 20, 2021, at the Broward County Courthouse in Fort Lauderdale, Fla. Amy Beth Bennett/South Florida Sun Sentinel via Associated Press 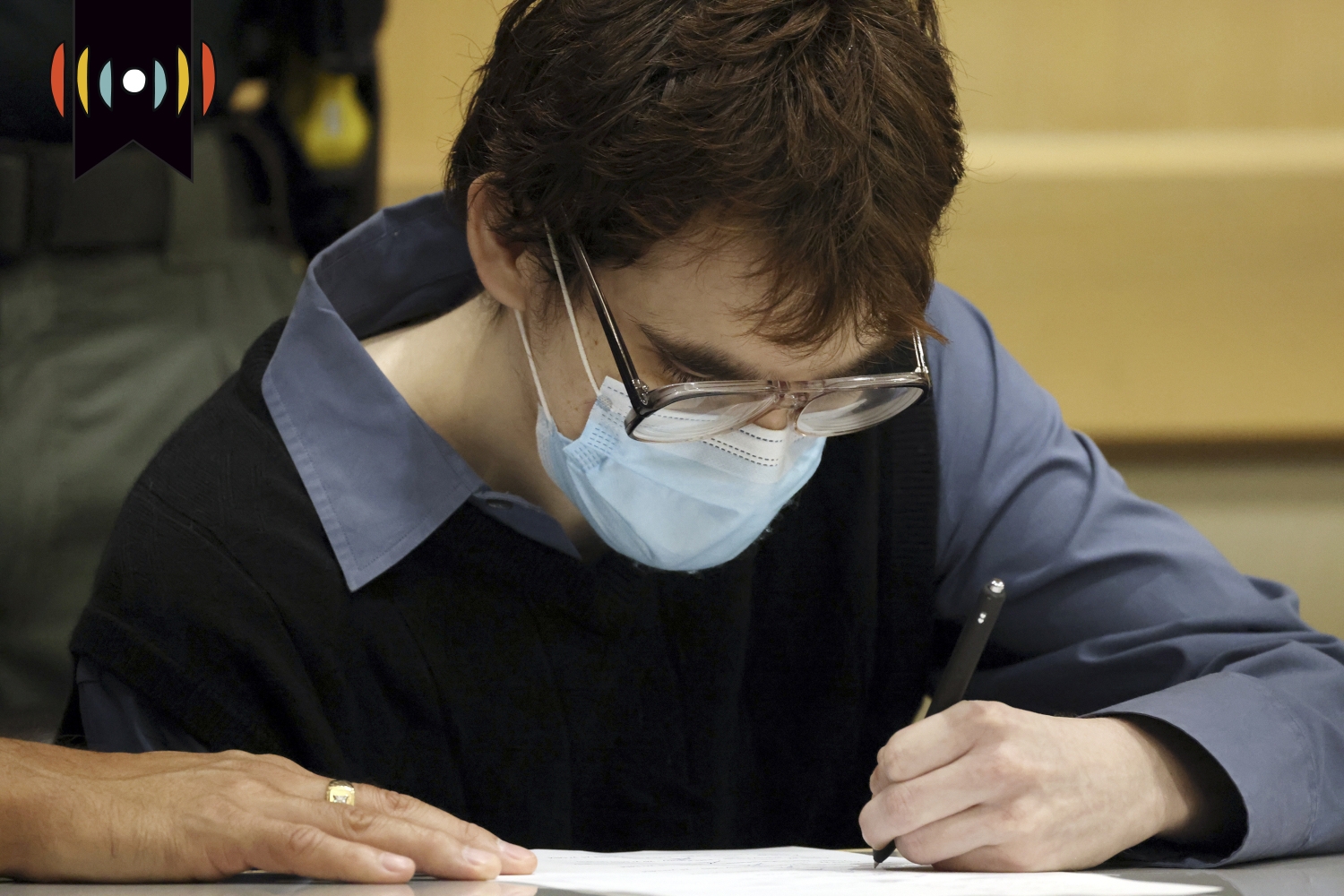 White House plans COVID-19 shots for 28 million kids » The Biden administration is drawing up plans to begin shipping millions of COVID-19 vaccine doses for young children as soon as regulators give the go-ahead.

ZIENTS: We have already enrolled more than 25,000 pediatricians, family care doctors, and other primary care providers to administer vaccines, and we’re working with states and localities to enrol more.

The administration hopes to prevent backlogs and delays seen nationwide when the vaccines first became available for adults.

The FDA is meeting this week to deliberate on pediatric doses, and the CDC is scheduled to address the topic early next month.

The government has bought 65 million doses from Pfizer at one-third strength for young children. It is preparing shipments to send the vaccines and smaller needles across the country within days of getting the OK from the CDC.

Any children who receive initial doses in early November could be fully vaccinated by Christmas. Serious COVID-19 infection in children is rare.

KRISTEN FLAVIN, REPORTER: The ACLU claims the law violates the free speech rights of students and educators. The organization filed a suit against the Oklahoma government on behalf of a high school teacher, multiple professors, and several activist groups.

The law bars educators from teaching students that anyone is inherently racist or responsible for past actions based on their race or sex. It does not expressly use the term “critical race theory,” but it does allow the state to suspend or remove any educators who teach critical race tenets.

Plaintiffs said the vague language pressures teachers to remove black authors and perspectives from their curriculums.

But Republican lawmakers argue the law, which took effect in July is “common sense.” They say critical race theory wrongly teaches children to accept the blame for past problems.

Parkland school shooter awaits penalty trial after guilty pleas » The gunman in a deadly mass shooting at a high school in Parkland, Florida now awaits a trial to decide if he will live or die.

Twenty-three-year-old Nikolas Cruz pleaded guilty to his crimes on Wednesday. Prescutors charged him with 17 counts of murder and 17 counts of attempted first-degree murder for those wounded in the 2018 attack.

Relatives of the victims who sat in the courtroom and watched the hearing via Zoom shook their heads or broke down in tears as Cruz entered his pleas and later apologized for his crimes.

CRUZ: I am very sorry for what I did and I have to live with it every day, and that if I were to get a second chance, I would do everything in my power to try to help others.

He could receive life in prison without parole or the death penalty. Jury selection for the penalty trial will begin in January.

Fed survey finds economy facing supply chain, other drags » The Federal Reserve reports that the economy faced a number of headwinds at the start of this month. Those range from supply-chain disruptions and labor shortages to uncertainty about the delta variant.

But in its latest survey of business conditions, the Fed said Wednesday that consumer spending remains positive.

That spending has been uneven, however. The Fed noted that auto sales suffered from supply chain issues that led to smaller inventories. On the other hand, it said manufacturing was growing either moderately or robustly depending on which Fed district was reporting.

TPLF spokespeople said the facility was actually a garage full of tires. And they accused the government of targeting a nearby residential neighborhood.

The UN urged the Ethiopian government to restore humanitarian aid access to the region. But the government said the TPLF has made Tirgray too dangerous as it spreads the fight to neighboring areas.

Doctors and aid workers report they are running out of supplies and Tigrayans are starving to death.