An airstrike on a maternity hospital in Zaporizhzhia killed a newborn baby, The United States imposed sanctions against three more Iranian officials, the number of Americans applying for unemployment benefits rose to the highest level in several months, a shooting killed six people at a Walmart in Virginia, the Georgia Supreme Court has reinstated pro-life protections in the state, many retailers are remaining closed today 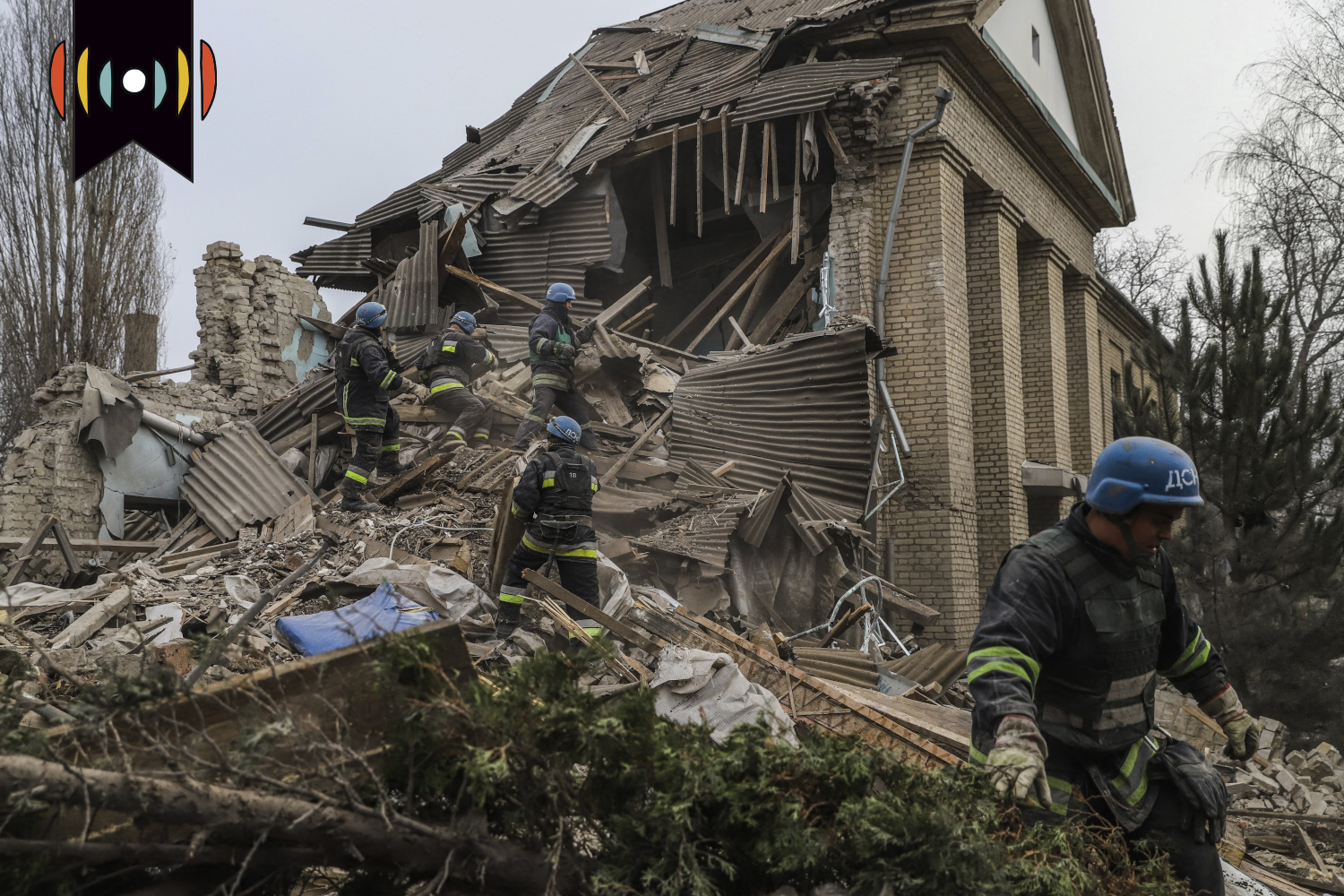 Ukraine » In Ukraine, an airstrike on a maternity hospital in Zaporizhzhia killed a newborn baby early Wednesday morning.

Emergency services spokeswoman Yulia Barysheva said the mother was removed from the rubble of the second floor with the help of a ladder.” But her newborn son was killed.

Hours later, the European Parliament voted to designate Russia a state sponsor of terrorism after repeated attacks on civilian targets and infrastructure in Ukraine.

AUDIO: The vote is closed, and it is broadly adopted. Congratulations...

In a video address, Zelenskyy thanked European lawmakers. And he added that Russia promptly proved that declaration to be accurate by—quote—“launching 67 missiles at our infrastructure, at our energy sector, at ordinary people."

Moscow’s attacks have plunged Ukraine into darkness. Most Ukrainians were without power or heat Wednesday. Authorities had to take three nuclear power plants offline after Russian strikes cut them off from the power grid.

The United States has announced that it’s sending an additional $400 million in aid, including generators to help restore power.

Demonstrators took to the streets after a 22-year-old Kurdish woman died in police custody more than two months ago. The so-called morality police arrested her for violating the country’s strict Islamic dress code.

Unemployment » The number of Americans applying for unemployment benefits rose to the highest level in several months. WORLD's Kristen Flavin has more.

KRISTEN FLAVIN, REPORTER: The Labor Department reported Wednesday that 240,000 people applied for jobless aid last week. That was up 17,000 from the week before, and it’s the sharpest increase since August.

The four-week moving average of claims, which smooths out week-to-week volatility, rose two-and-a-half-percent.

Aftermath Walmart shooting » It is an extremely difficult Thanksgiving for several families in Virginia after a workplace shooting that killed six people at a Walmart.

AUDIO: I looked up, and my manager turned around, and he just opened fire on everybody in the breakroom. And it is by the grace of God that a bullet missed me.

The shooter also wounded at least six people, one critically. He apparently then shot and killed himself. There was no clear motive for the shooting,

The gunman was identified as 31-year-old Andre Bing, an overnight team leader who had worked for Walmart since 2010.

JOSH SCHUMACHER, REPORTER: In a one-page order, the justices paused a lower court ruling overturning the state’s heartbeat law, which protects unborn babies as soon as they have a detectable heartbeat.

The top court ordered facilities that had resumed abortions past six weeks to stop immediately.

But while the lower court’s order is on hold, the Georgia Supreme Court will consider an appeal that argues the law violates the state’s constitution.

Shopping » Many retailers are continuing a recent trend—or a reversal of a trend—by remaining closed today.

Around 2011, waves of major chain stores began launching Black Friday sales early on Thanksgiving Day. But recently, a growing number of chains have opted to let employees spend the holiday with their families.

Among the stores not open today are Academy Sports, Best Buy, JCPenney, Kohl’s, Target, Macy’s, and Walmart—all of which will open early tomorrow morning.