A helicopter makes a water drop to put out hotspots in a wildfire in Topanga, west of Los Angeles, Monday, July 19, 2021 Ringo H.W. Chiu/Associated Press Photo 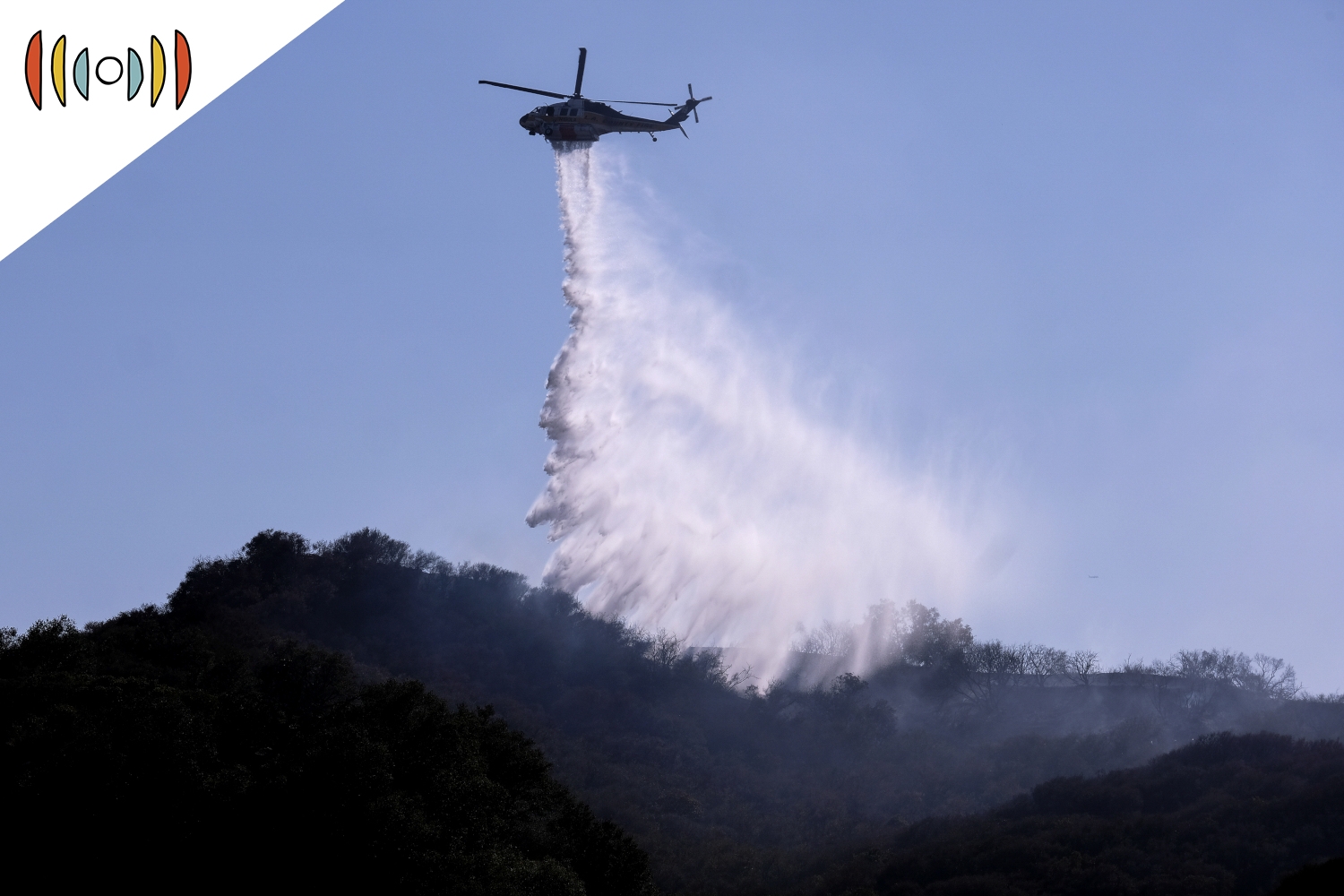 Minority Leader Mitch McConnell said Democrats were trying to rush a vote on a bill that wasn’t ready.

MCCONNELL: There’s no outcome yet, no bipartisan agreement, no text, nothing for the Congressional Budget Office to evaluate, and certainly nothing on which to vote.

Democratic Majority Leader Chuck Schumer said the attempt to advance the incomplete bill was an effort to—in his words—“get the ball rolling.” He said lawmakers could fill in the gaps later.

SCHUMER: If you’re serious about getting a bipartisan bill done, there’s no good reason not to support starting the process now.

The Republican filibuster blocked the vote on Wednesday, but both sides said they’re optimistic.

An informal bipartisan group of 22 senators said in a statement—quote— “We have made significant progress and are close to a final agreement.”

Democrats, however, are planning to follow it with a much broader $3.5 trillion second measure next month. They plan to pass that bill in the Senate without any Republican votes using budget reconciliation.

BLISS: As the smoke rises through the cloud and then enters the atmosphere above that and slowly drifts East, it just carries across the country and slowly spreads out sort of this haze layer in the sky.

Strong winds Wednesday blew smoke east from California, Oregon, and other states all the way to the other side of the continent creating hazy skies as far east as New York City.

Officials told people in parts of New Jersey, Pennsylvania and elsewhere with asthma and other health issues to try to stay indoors. Air quality alerts for parts of the region are in place through this evening.

The nation’s largest wildfire, Oregon’s Bootleg Fire, has grown to more than 600 square miles — just over half the size of Rhode Island.

Fires also burned on both sides of California’s Sierra Nevada and in Washington state and other areas of the West.

South Korea’s caseload has been climbing in recent days. And analysts say there are three reasons for that: A slow vaccination rate, a public that has let its guard down, and the spread of the more contagious delta variant.

A majority of new cases are in the crowded Seoul metropolitan area. But officials warn that the virus is spreading beyond the capital region.

It fell by a year and a half to 77 years and 4 months. That according to a new report from the CDC.

It said COVID-19 was the main reason, accounting for 74 percent of the decline.

Drug overdoses were another big culprit, and an increase in homicides also contributed.

PSAKI: She looks forward to supporting, of course, the athletes who are competing on behalf of the United States. We are monitoring the situation closely. Our team will be following very strict safety and health protocols.

The International Olympic Committee has warned that it could still pull the plug on the Summer Olympics at the last minute. But that appears unlikely.

Some athletes are already competing. The Swedish women’s soccer team stunned the United States with a 3-0 victory Wednesday in the women's tournament.