NATO Secretary General Jens Stoltenberg talks to the press prior to a dinner with the European defence ministers in Brest, Wednesday, Jan. 12, 2022. Fred Tanneau, Pool Photo via Associated Press 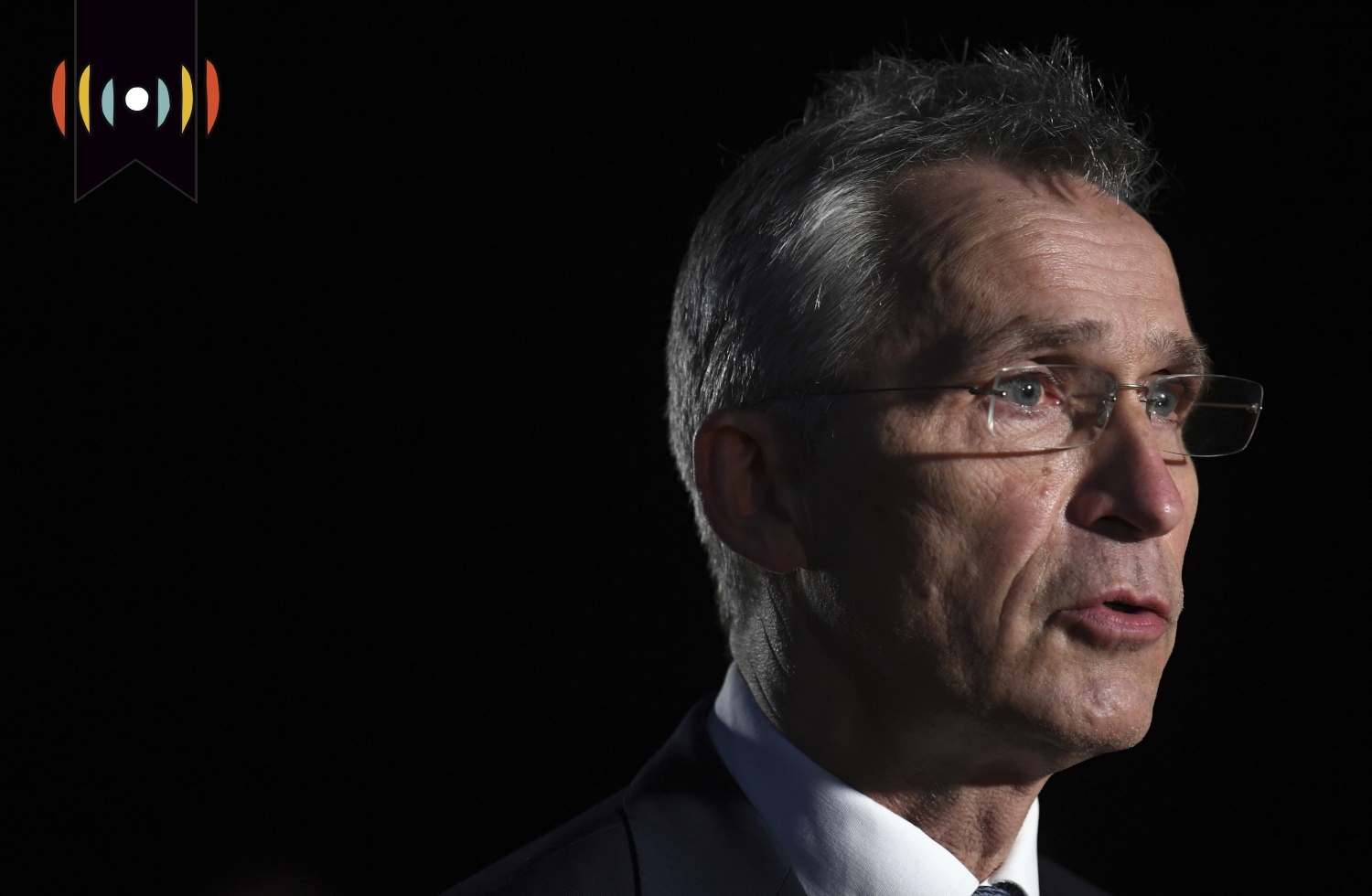 No breakthrough in NATO-Russia talks » The standoff continues between Moscow and the West. Neither side is backing down as NATO allies hope to stop Russia from invading Ukraine.

Top Russian officials sat down at the bargaining table with NATO leaders in Brussels on Wednesday.

Moscow once again demanded a guarantee from NATO that other ex-Soviet nations will not be allowed to join the alliance.

STOLTENBERG: Allies on their side reaffirmed NATO’s open door policy and the right for each nation to choose its own security arrangements.

The allies also rebuffed Russian demands for NATO forces to pull back from Eastern Europe.

Deputy Secretary of State Wendy Sherman led the U.S. delegation in Brussels. She said NATO leaders ended the meeting with a challenge to Moscow:

SHERMAN: To de-escalate tensions, choose the path of diplomacy, to continue to engage in honest and reciprocal dialogue …

The West wants Russian President Vladimir Putin to pull thousands of troops off of the Ukrainian border. The Kremlin has shown no signs of yielding.

Despite a lack of progress this week, both sides agreed to continue talks.

US inflation soared 7% in past year, the most since 1982 » Inflation jumped at its fastest pace in nearly 40 years last month. WORLD’s Kristen Flavin has more.

That as Americans ramped up spending and supply chains were squeezed by shortages of both workers and raw materials.

Some economists believe prices may cool off some as snags in the supply chain ease. But most say inflation will remain elevated throughout this year.

Rising prices have wiped out the healthy pay increases that many Americans have been receiving. That’s made it harder for households, especially lower-income families, to make ends meet.

Polls show that many Americans now see inflation as a bigger concern than the pandemic.

Typically, at U.S. grocery stores, 5 to 10 percent of items are out of stock at any given time. But right now, it’s about 15 percent. That according to the Consumer Brands Association this week.

Breakfast cereal might be especially scarce with many workers calling in sick at companies like Kellogg and General Mills.

And Enfamil reported Wednesday that production and shipping delays have left retailers short of baby food and formula.

An aluminum shortage is impacting canned goods, and supplies are also tight for processing and packaging meat products.

On top of that, trucking companies say large portions of their staffs are out with COVID-19.

WALENSKY: The sudden and steep rise in cases due to omicron is resulting in unprecedented daily case counts, sickness, absenteeism, and strains on our healthcare system.

With that in mind, she again urged Americans to wear masks in public for now. As for what kind of mask…

WALENSKY: What I will say is the best mask you wear is the one that you will wear and the one you can keep on all day long, that you can tolerate in public indoor settings and can tolerate where you need to wear it.

And a little bit of good news on Wednesday: Scientists are seeing signals that the omicron wave may have peaked in Britain and is about to do the same in the United States.

That’s because the variant is so wildly contagious it may be running out of people to infect.

Professor of health metrics sciences at the University of Washington Ali Mokdad said—quote—“It’s going to come down as fast as it went up.”

Eight U.S. service members carried a flag-draped casket up the steps to the Capitol Rotunda on Wednesday. Inside, many of the nation’s top leaders gathered to pay tribute to former Sen. Harry Reid as his remains lay in state.

SCHUMER: Few have shaped the workings of this building like our dear friend from Nevada.

Reid was instrumental in passing Obamacare in 2009. And he famously used the so-called “nuclear option” in 2013, changing the Senate rules to block GOP filibusters of President Obama’s judicial nominees. But that paved the way for the Republicans to change the rules for Supreme Court nominations four years later.

Speaker Pelosi said most of all, she’ll miss her friend.

PELOSI: Those of us fortunate enough to know him and love him will remember also his character and compassion …

The Nevada Democrat served 32 years in Congress before retiring in 2015. He died two weeks ago at the age of 82.