The trouble with Turkey

WORLD Radio - The trouble with Turkey

Once allied with the West, this NATO ally is increasingly turning East 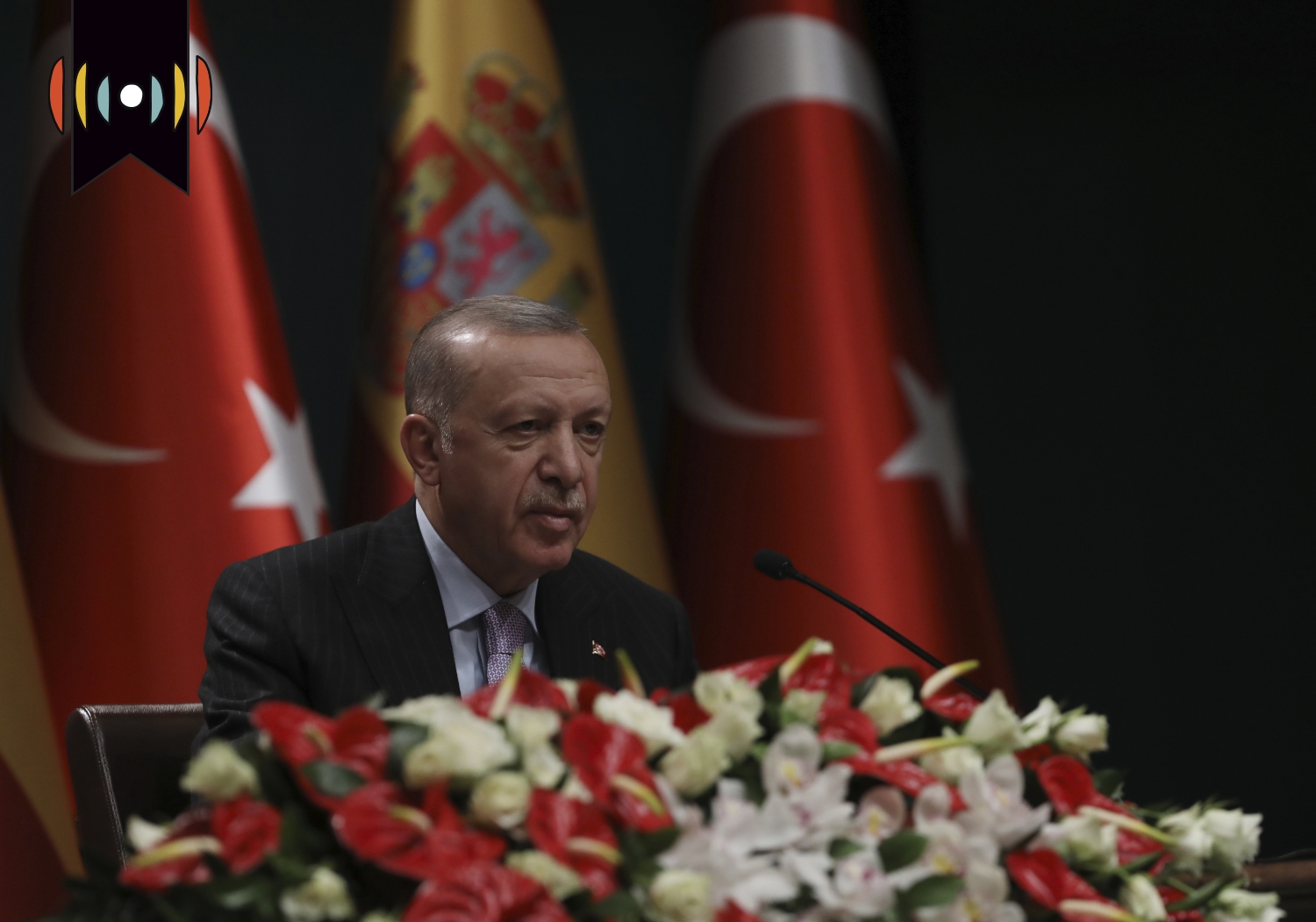 MYRNA BROWN, HOST: It’s Thursday the 9th of December, 2021. You’re listening to The World and Everything in It and we’re glad you’ve joined us today. Good morning, I’m Myrna Brown.

MARY REICHARD, HOST: And I’m Mary Reichard. First up: a longtime U.S. ally drifts away from the West.

Turkey is the only NATO member nation in the Middle East and it was once a reliable friend to the United States and Europe.

BROWN: But in recent years, Turkey’s relationship with the West has grown increasingly icy as it continues to deepen its ties with Russia.

And now Turkey's voting rights and membership in the Council of Europe is at risk.

So what does all of this mean for the United States and its allies?

REICHARD: Joining us now to explain why this matters is Aykan Erdemir. He served as a member of the Turkish Parliament for four years, until 2015. He worked on the EU-Turkey Joint Parliamentary Committee and the EU Harmonization Committee, among others.

Today he is Senior Director of the Turkey Program at the Foundation for Defense of Democracies. Good morning to you, sir!

AYKAN ERDEMIR, GUEST: Good morning. Thanks for having me.

REICHARD: Let’s start with this question: Why is Turkey important to the United States and Europe? What has made it a valuable ally in the past?

ERDEMIR: Good morning. Thanks for having me.

REICHARD: Let’s start with this question: Why is Turkey important to the United States and Europe? What has made it a valuable ally in the past?

ERDEMIR: Turkey has been the second largest military in the NATO alliance. It was one of the key fighting forces, for example, during the Korean War. And Turkey has been a member of the Council of Europe since 1950, you know, right from the very start. Turkey used to be a bulwark of the Western alliance, but those days are long gone. For the last 19 years, Turkey has been ruled by Islamists through the Justice and Development Party, and its strong man leader Recep Tayyip Erdoğan. And the news piece you just mentioned that the Council of Europe is now considering suspending Turkey’s voting rights and possibly even its membership is very telling. In the history of the Council of Europe, has only taken place once before. It was against Azerbaijan for its failure to abide by the binding rulings of the European Court of Human Rights. And now Turkey has become the second country ever to be in that position for its continuing detention of philanthropist and minority rights advocate, Osman Kavala, who has been in a maximum security prison for over four years in solitary confinement.

REICHARD: Last week, the Committee of Ministers of the Council of Europe said it would begin infringement procedures against Europe. That jeopardizes the country’s membership in the council after 71 years. First of all, explain what the Council of Europe is and then why they are taking this action against Turkey?

ERDEMIR: Now, the Council of Europe is an extremely important human rights organization and umbrella organization. It was established in the immediate aftermath of the Second World War. And the key goal was to avoid atrocities that Europe experienced firsthand during the Great War. And this institution also had a court—namely the European Court of Human Rights—and the way in which this court functioned was that it overrides national courts. So, citizens of  European nation states can take their grievances beyond the nation state to Strasburg, to the European Court of Human Rights. And the judgments there are binding. So they are key to protecting human rights and freedoms. And over the years, for example, the court has proven very important for upholding minority rights and freedom of religion or belief.

And Turkey has been under Erdoğan, one of the worst offenders, and last week finally, the Council of Europe had enough. There was the required two thirds majority to go forward with infringement procedures. I think the hope here is that Erdoğan will just do the right thing, release Osman Kavala, and Turkey can remain a member.

REICHARD: What do you think the odds are of Turkey being expelled from NATO? And if that were to happen, what would it mean?

ERDEMIR: Now, NATO has a consensus decision making mechanism, as opposed to the Council of Europe, which has a two thirds majority required. So, Turkey is there to remain in NATO, because ultimately, any NATO decision needs to have Erdoğan’s approval. But at the same time, we know that there has been an informal mechanism through which the Erdoğan regime has been increasingly marginalized. Because over the last year, we have seen again and again, Erdoğan coming to Russia's aid and Belarus's aid within NATO. For example, when NATO was trying to come up with a strong statement of criticism, and even some punitive action against Belarus for its dictator’s downing of a Ryanair jet to arrest a dissident, Erdoğan toned down NATO's rhetoric and action. And this followed earlier attempts, again by Erdoğan to tone down NATO rhetoric and action against Russia. Now, this is a very troubling pattern. As a key NATO ally, Turkey acts again and again in collusion with Russia and its partner Belarus to undermine transatlantic unity. The hope here is that in 2023, when Turkey has the next presidential and parliamentary elections, the Turkish electorate will finally vote Erdoğan out and Ankara will return once again to the rule of law so that it is once again a member in good standing within NATO so we no longer have to discuss this issue of whether Turkey belongs in NATO or not.

REICHARD: Last question: You’ve written about Turkey’s growing ties with Russia. Do you think Turkey shares more in common now with Russia than it does with the West?

ERDEMIR: Turkey remains a divided country. Erdoğan and his loyal followers definitely share more with Russia's authoritarianism, Iran's Islamism, and Venezuela’s kind of rogue state characteristics. But then there is the other half of Turkey that believe in western values, market economy, separation of mosque and state, and they would like to reinstate rule of law and democracy. So they definitely belong in the Council of Europe. They definitely belong in NATO. And I think it is everyone's hope in the Western alliance that in 2023 Turkey makes a big comeback after two decades of Islamist rule.

REICHARD: Aykan Erdemir has been our guest. Thanks so much!

ERDEMIR: It has been a great pleasure. Thanks for having me.