The trouble with doing business in China

WORLD Radio - The trouble with doing business in China 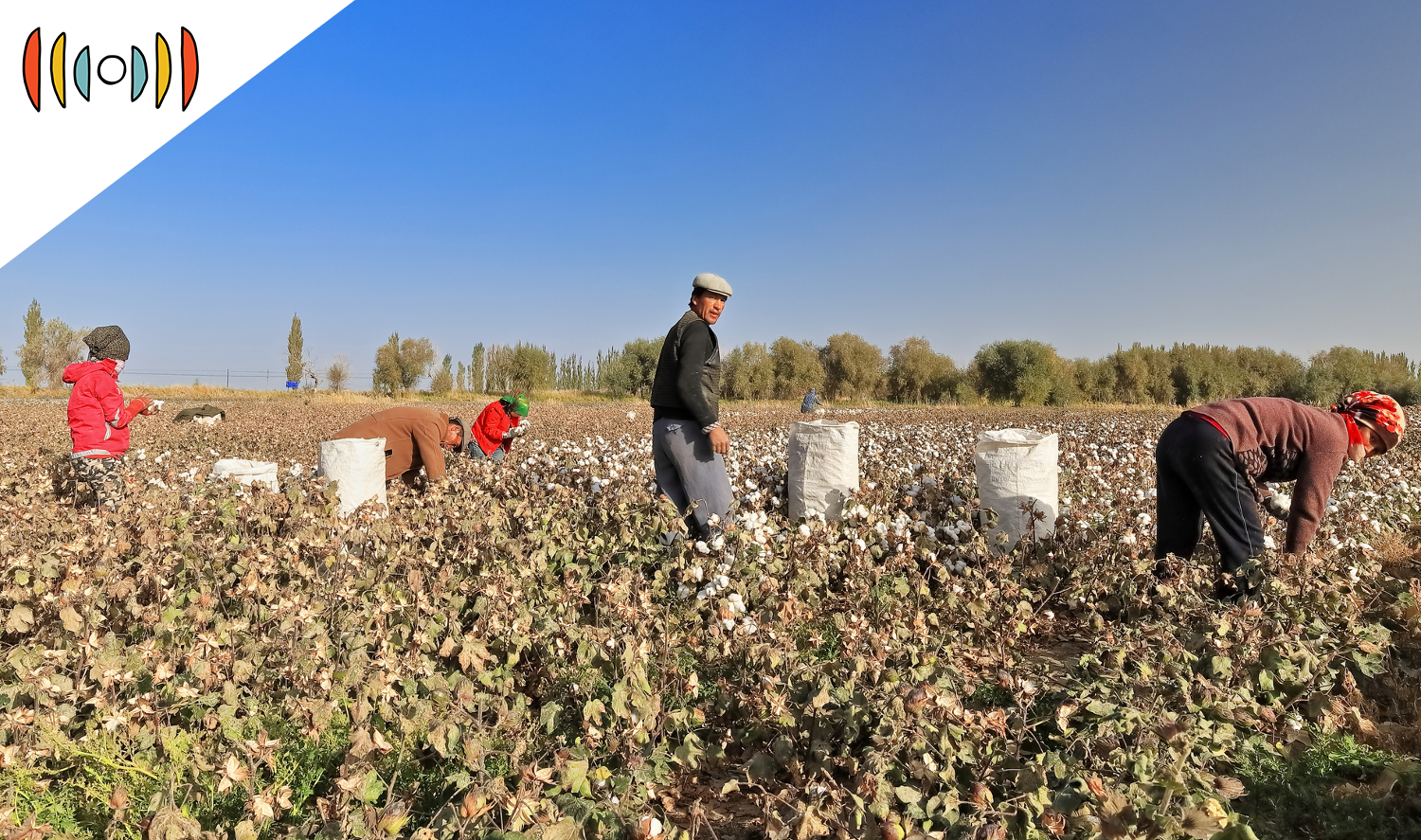 MARY REICHARD, HOST: Coming up next on The World and Everything in It: doing business with China.

In 2017, reports began to emerge that the Chinese communist government was building concentration camps. China then forced Uyghur Muslims into the camps for re-education to adopt Chinese culture. The government said this was necessary to combat Muslim extremism.

NICK EICHER, HOST: Part of this so-called “re-education” includes forced labor—making imprisoned Uyghurs produce products exported around the world. And that has some Western companies rethinking how they do business in the country. WORLD’s Sarah Schweinsberg reports.

SARAH SCHWEINSBERG, REPORTER: Today’s clothes are made from a range of materials. Some are synthetic, like nylon. Others are supplied by animals such as wool and leather. But a fifth of the world’s jeans, T-shirts, and socks still come from one of the oldest-used fibers in the world: cotton.

COMMERCIAL: The touch, the feel, the fabric of our lives. The touch the feel of cotton….

One-fifth of the world’s cotton comes from China. And nearly all of the country’s fluffy, white fibers grow in Xinjiang (SZinJung). That’s the northwestern province where China has incarcerated up to 1-and-a-half million Uyghur Muslims.

Azeem Ibrahim (Eebraheem) is a scholar at the Newlines Institute for Strategy and Policy. In a recent report, he and his team reviewed hundreds of internal Chinese government documents. Ibrahim says there’s overwhelming evidence that Uyghur Muslims are being used as slave labor to pick cotton by hand.

IBRAHIM: The Chinese government simply cannot deny this. This is their own documentation in terms of what's going on in these areas.

But the government isn’t only forcing imprisoned Uyghurs to labor in the fields. Those living outside the camps are also forced to work.

A U.S. Customs and Border Protection investigation found this forced labor is coerced through debt bondage, restriction of movement, and withheld wages.

IBRAHIM: So essentially all the Uyghurs are one way or another, are victims of this. But, you know, Western companies, the onus is on them to make sure that their supply chains are clean. And they're not contaminated in any way.

Many human rights advocates agree. Last summer, nearly 200 organizations in more than 30 countries asked clothing companies to cut ties with China within the next year.

Governments and business investors are also adding pressure. In January, then-President Trump banned all imports of cotton or cotton products from Xinjiang. The United Kingdom and Canada have similar bans.

And last month, a group of investors contacted more than 40 companies asking them to stop sourcing cotton from China. Those businesses include retail giants H&M, Hugo Boss, and Zara parent company Inditex.

But companies are often slow to make changes to their supply chains, says Clare Carlile. She’s a researcher at Ethical Consumer, an organization that researches company supply chains.

CARLILE: So, a lot of companies put out statements, but it's not really clear how robust those actions are.

But the Chinese government and Chinese consumers are taking the statements seriously.

In response, some companies deleted their statements or told Chinese customers they do use Xinjiang cotton. Ethical Consumer’s Clare Carlile says that’s a disappointing capitulation.

CARLILE: So some people are actually taking backward steps on the issue.

HANEY: You think, well, just stop sourcing there and go somewhere else. And it's not always quite that easy. Trying to avoid cotton out of that region is very difficult, and to say, well, let's just move out of China and entirely go somewhere else—it can take time to do it.

Then, there’s unintended consequences of blacklisting a region in any part of the world. In Xinjiang, what happens to the people who actually make a legitimate living growing and selling cotton?

HANEY: It's not just as simple as, you know, just eliminate it, and wipe it out. You've got to come at this more systemically to provide other options for these people to earn a living to be able to sustain themselves. If you kind of blacklist a region, one of the risks is that you just push the abuses further underground, you know, and they just get, they get harder to find. So, no easy solutions here.

Other supply chain analysts see these challenges with China as a wake-up call for companies.

Felicitas Weber audits supply chains at the Business and Human Rights Resource Center. She says many companies aren’t aware of where all of their materials come from. Increasing public scrutiny is changing that.

WEBER: We've seen now, a lot more effort recently, from companies rushing to trace their supply chains, which is really exciting, and which actually also shows what is possible.

George Magnus is researcher at the China Center at Oxford University. He says he’s hopeful that growing public awareness will play a bigger role in pushing clothing companies to sever strong trade ties with China.

Magnus says it will become increasingly difficult for companies like Nike and Adidas to claim the human rights high ground at home if they disregard them abroad.

MAGNUS: The more that the public generally finds out about the sort of the darker side of China, the more I think their brands will be at risk if they are not seen to be either categorical about we do not use forced labor. Or just say they’re moving their business, you know, we're going to, we're going to buy our cotton somewhere else. But I think that the status quo—it's very, very tenuous.

Thank you for the informative article Sarah. I don't like to admit it, but I am becoming increasingly jaded when it come to politics and human rights. I noted the following while looking at the economic news today: "Didi Chuxing, China's biggest ride-hailing firm, made public the filing for its long-anticipated U.S. stock market listing, setting the stage for what is expected to be the world's biggest initial public offering this year." We judge and sanction China for their human rights violations (while we kill babies) but in the same hour allow them to manipulate our stock market to bolster their economy so they can continue their barbaric and ungodly behaviors. I am probably totally naive, but it all just seems so disingenuous. God forgive us for our double speak and actions.

Some astute observations and I agree that this report is very informative. Sarah Schweinsberg did a great job on the it.

How do we as Christians respond when our nation is hypocritical for sponsoring the largest genocide in history (along with many other nations)? We should push to hold China accountable for the Uyghar Muslim people but also hold our country accountable for the massive abortion that is happening today. The number of Christians protesting abortion has significantly decreased. Are we willing to go out and protest and make this an issue?

Are we willing to hold our nose and vote for a candidate who we may not like but who will likely be elected and will make a difference fighting abortion?

We are drenched in the blood of little babies and God’s wrath grows daily. As we vilify the German Christians for not standing up to the genocide of Hitler, today we have much more blood on our hands as the massive slaughter of the very weakest happens daily. Where is our outrage? I say this to myself as much as to others!