The search for China’s lost parents 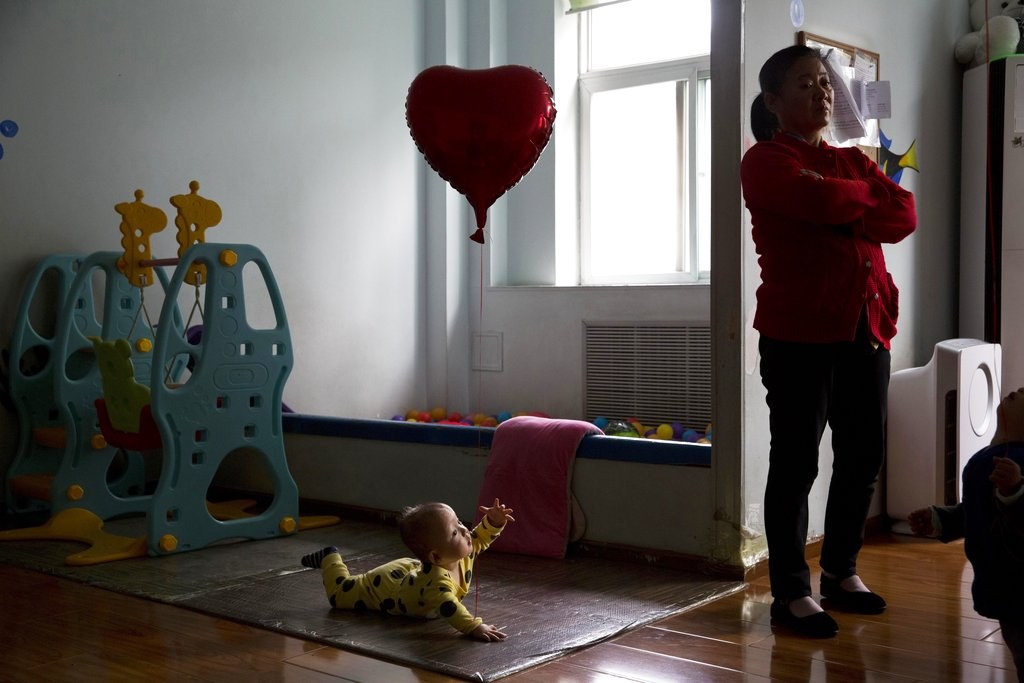 Coming next on The World and Everything in It: international adoption.

REICHARD: The policy had many consequences, including so-called “excess” children filling Chinese orphanages. So in 1991, China began allowing international families to adopt thousands of Chinese children. Over the next 25 years, Americans took home more than 80,000 of those children.

Now, some of them are trying to find their Chinese birth families. But that’s no easy task. WORLD’s Sarah Schweinsberg met up with a couple in Utah trying to help.

BRIAN: I started scrapbooking, the old fashioned way. Early on, when there was just one kid, it was quite easy.

SARAH SCHWEINSBERG, REPORTER: Brian Stuy and his wife, Longlan, sit at their kitchen table, stacks of scrap books spread between them.

These picture books tell the birth stories of the couple’s three daughters: Meikina, Meigon, and Meilan. Each of them adopted from China as toddlers.

BRIAN: I would put their you know, their stories, and try to kind of give them an idea of where they were from.

At least, Brian and Longlan scrapbooked what they thought were their daughters’ stories.

In the 90s, Brain Stuy began seeing news stories about how under the One Child Policy, Chinese families were abandoning baby girls on the sides of roads. He wanted to help.

So in 1998, with his first wife, he adopted Meikina from a Chinese orphanage.

BRIAN: It was such an amazing experience on so many levels.

Four years later, and after a divorce, he adopted his second daughter, Meigon.

Brian adopted Meikina and Meigon from two different orphanages. But both places told him similar stories. The girls’ families abandoned them along a road or under a tree. That was a common story.

But Brian wanted to be able to tell his daughters more specifics.

So, he returned to China. A Chinese shopkeeper named Longlan offered to help Brian do research. Together, Longlan and Brian tracked down Meigon’s newspaper finding ad. That’s a picture of each child the Chinese government publishes in a newspaper. It lets the public know the state has custody.

BRIAN: I adopted Meigon at 18 months old. The earliest photo I had of her was 14 months. And the finding ad was when she was four months old, and seeing that was like, a color, it was full color ad. I was like, This is amazing.

BRIAN: So we just loaded up as many of these newspapers as we could carry them home.

In a closet, they still have stacks of newspapers with thousands of pictures of babies.

LONGLAN: Those are all the finding ads.

LONGLAN: It says she was find on July 14, 2000. At the hivju house hospital Guangzhou City.

After that first research trip, Brian Stuy and Longlan decided to take many others. They got married, adopted their third daughter, Meilan, and created Research-China.org, a service to help connect Chinese adoptees with their birth families. The Stuys visited orphanages all over China.

BRIAN: The families were primarily just interested in Hey, go take a picture where my daughter was found and get some, an outline of her history before I adopted her.

But as they interviewed orphanage directors and studied data, the Stuys began to doubt the stories about how the children had been abandoned.

Their suspicions were confirmed in 2010 when Longlan returned to Meikina’s orphanage. She tracked down the two women listed in Meikina’s paperwork as her “finders.” That’s who finds an abandoned baby and brings it to an orphanage.

Longlan says one of the women made a startling admission.

LONGLAN: Be honest with you, I never find your daughter because for your daughter’s adoption, they just needed a name to put down on the paperwork. That’s it.

They also discovered Meigan’s finding story was made up as well as Meilan’s.

The One Child Policy had created the perfect opportunity for child trafficking.

The Stuys say the government’s family planning services would pressure and threaten families to give up children, especially baby girls. Then officials would lie to the Chinese families saying the child would be adopted by someone in a nearby village.

Orphanages would also pay traffickers and officials for these babies.

BRIAN: And instead of going to a family in the next village, they go to the orphanage and they receive 2000 Yen and then the child is adopted internationally.

Then orphanages would lie to the international families telling them the babies were unwanted. Then, families would pay up to $40,000 in today’s dollars to adopt a Chinese baby.

These revelations made the Stuys’ work feel even more significant. Now, it was about bringing peace to both adopted kids and birth families looking for their children.

In their basement office, Brian and Longlan work side-by-side behind computers.

From the finding ads, they’ve built spreadsheets of Chinese children who were put up for adoption. One province alone had 30,000 children.

Longlan is also creating a database of Chinese birth families looking for their kids.

LONGLAN: If you look at how many birth family I got in touch with, it’s more than that. Like 1000s, oh yeah. Most of them ask, hey, have you find my daughter?

The Stuys then ask the birth families and adopted children to submit DNA samples.

BRIAN: We have decided the best way to search for a birth family is just to test as many birth families as possible.

When they find a DNA match, they link the family back together. So far, they’ve connected more than 80 adopted Chinese children with their birth families.

BRIAN: When you get that match, and the adoptee is excited and the birth family is overjoyed. And their birth family is crying because they know that their child is alive and healthy and happy. That is a rush like nothing else.

For many adopted children, it’s also healing to learn that they were loved.

LONGLAN: I think the moment somebody know their story, they are happy that they never abandoned.

Brian and Langlan Stuy are still looking for Meikina and Meigon’s birth families. So, they’ll keep collecting DNA, one birth family at a time.

BRIAN: If we stop, who will do it? That means that there’s going to be adoptees and birth families that will never be reunited. And so at this point, that has convinced us to continue to do it. It probably will convince us to always do it.

(AP Photo/Ng Han Guan) In this Wednesday, Oct. 11, 2017 file photo, a child reaches towards a minder at a foster home of the New Hope Foundation, a charity for babies with deformities that can be corrected with surgery, on the outskirts of Beijing, China.