The Queen’s heritage of faith

The bearer party with the coffin of Queen Elizabeth II as it is taken from Westminster Abbey, London, Monday, Sept. 19, 2022 at the end of service during the State Funeral of the late monarch Gareth Fuller/Pool Photo via Associated Press 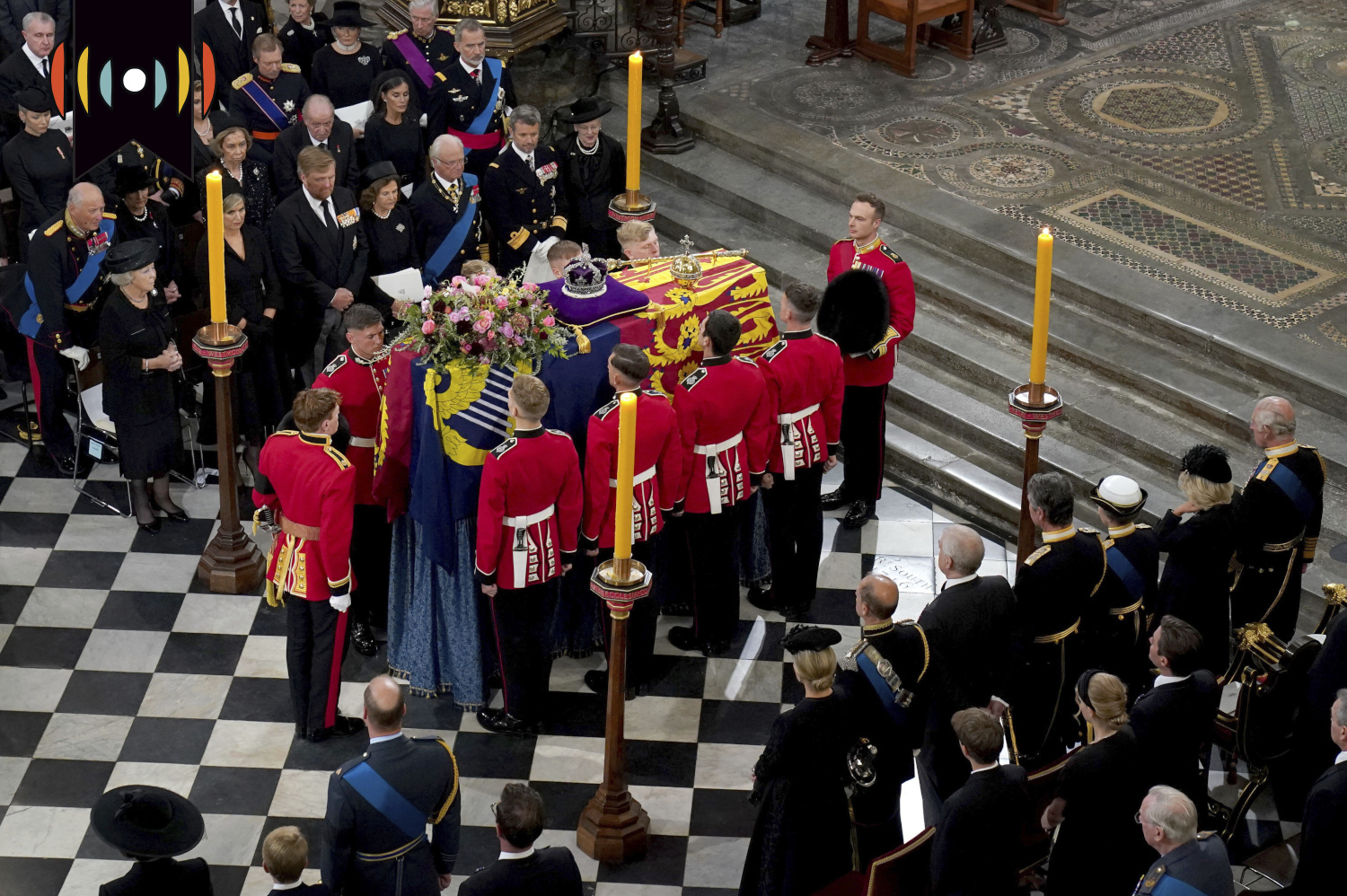 NICK EICHER, HOST: Today is Friday, September 23rd. Good morning! This is The World and Everything in It from listener-supported WORLD Radio. I’m Nick Eicher.

MYRNA BROWN, HOST: And I’m Myrna Brown. Next up, people around the world this week mourned the death of Queen Elizabeth II. Her funeral this week featured classic hymns and two new musical settings of Christian Scripture.

EICHER: And now we’ll hear how the music of the Queen’s funeral reflects a heritage of faith—both for her country and the Queen herself. Here is reporter Josh Schumacher.

JOSH SCHUMACHER, REPORTER: That’s a clip from the anthem “Who Shall Separate Us?” by British composer James MacMillan. It includes an eight-part a capella setting of lines from Romans 8 composed for Queen Elizabeth’s funeral this week.

CLIP: Who shall separate us from the love of Christ?

As head of the Church of England, Queen Elizabeth was responsible for passing on the British hymnody to a new generation. Many of those hymns have deep roots in Reformation history and doctrine. One hymn sung at her funeral, “The Lord’s My Shepherd,” dates back to 1650.

CLIP: The Lord’s my shepherd, I’ll not want. He makes me down to lie…

For many today, such hymns are beautiful–but empty–relics of their national heritage. Not so for the Queen. During her life, the Queen claimed to follow Christ. Here’s a clip from her video Christmas message from 2000.

CLIP: For me, the teachings of Christ and my own personal accountability before God, provide a framework in which I tried to lead my life.

Irish-born hymn writer Keith Getty says he observed that faith in action over many years.

GETTY: You know, she had a very strong faith, which, which, as is supposed to happen in Christian faith only got stronger and only got more courageous at the very end of her life.

Getty met The Queen in person in Edinburgh in 2018. She bestowed on him, and many others, the Officer of the Most Excellent Order of the British Empire award. She even took a few minutes to speak with him.

GETTY: And for a couple of minutes of my comparatively inconsequential life. I had the full attention of the Queen and her interest and songs.

One hymn Getty co-wrote, “In Christ Alone,” is used on a lot of occasions by the royal family. So, the Queen was familiar with his work.

GETTY: And she was just very curious that somebody had wanted to reinvent hymn writing, which had so much such a history and British culture.

Since the 1600s, Britain has had a Master of the King’s or Queen’s Music, the musical equivalent of poet laureate. Current Master of the Queen’s Music, Judith Weir, was commissioned to write a choral piece for this week’s funeral. Weir chose the words of Psalm 42, taken from the Book of Common Prayer.

Keith Getty’s hymns don’t share the high church style of Queen Elizabeth II’s funeral. But as he works to fill the world with new, Christ-honoring hymns, Getty looks to older Christian leaders like the Queen for inspiration.

GETTY: ...getting to watch the queen in those 70 years, it’s incredible. They just had a different pace than we have. They have a pace, which understands the long game.

The historic music of the Queen’s funeral points to that long game as well.